The Suwon District Court, south of Seoul, sentenced the man, only identified as a 32-year-old former Buddhist monk, to six years imprisonment and a forfeiture of 2.24 million won (US$2,030). He was also ordered to undergo 120 hours of sex offender treatment for violating the Act on the Protection of Children and Juveniles against Sexual Abuse.

The court also ordered a 10-year disclosure of his personal information and banned him from working with young and disabled people for 10 years upon release from prison. 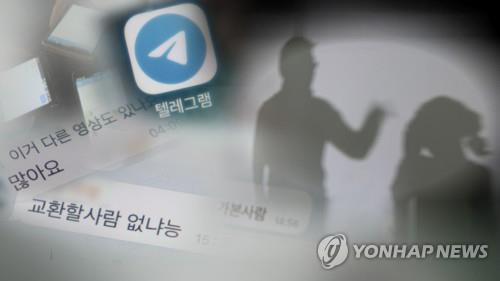 The former monk, once a member of the country's biggest Buddhist sect of Jogye Order, was indicted in April for operating four pornography websites and distributing some 8,000 obscene photos and videos from sometime in 2016 to March this year.

He was also accused of purchasing sex abuse videos shared in the Nth room and Baksabang, the infamous Telegram chatrooms that were busted earlier this year for blackmailing dozens of women and girls into filming sexually abusive content. He was found to have sold the videos on about 50 different occasions for a profit of some 1.5 million won.

According to the court, he also possessed approximately 1,260 sexual abuse images and videos, including some that featured minors, on his mobile phone and other storage units. He claimed it was difficult to verify whether people featured in some 400 materials, which either were in his possession or were shared by him, were underage. But the court dismissed his claim.

The accused, the court said, should be highly condemned for "committing evil acts despite a responsibility for practicing Buddha's teachings as a monk," and should be "sternly punished" for causing "lasting pain" to the victims, even though he claimed he was regretful and that the proceeds he gained were small.

The former monk was reportedly expelled from the Jogye Order after the allegations against him surfaced earlier this year.