SEOUL, Dec. 21 (Yonhap) -- South Korea on Monday finalized a public diplomacy plan for 2021 focusing on the use of contactless digital platforms to promote its policies and national image abroad amid the COVID-19 pandemic, the foreign ministry said.

The plan came at a virtual session of a state public diplomacy committee involving officials from the central and provincial governments. Second Vice Foreign Minister Lee Tae-ho led the session.

The plan centers on reshaping the country's public diplomacy strategy in the midst of the pandemic that has disrupted in-person diplomacy with many countries employing various restrictions to stem the spread of the virus. 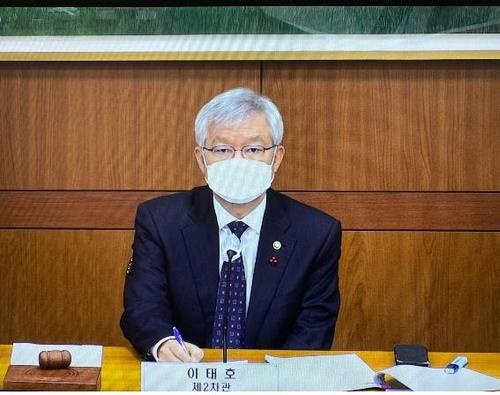 Next year, the government and provincial authorities plan to capitalize on social media and other online platforms as "mainstream" tools for public diplomacy and deepen cooperation with civil society and private sectors to enhance diplomatic activities, the ministry said.

"In the era of the new coronavirus, we face restrictions in carrying out in-person diplomacy probably until the early part of next year," a ministry official said. "Thus we cannot help but reinforce non-face-to-face diplomacy."

During Monday's session, the committee recognized more than a dozen exemplary cases of public diplomacy conducted by central and provincial governments, and the country's overseas diplomatic missions.

Among the cases is a project by the Consulate General in Sydney to display photos of Australian Korean War veterans at a subway station and on the wall of an international convention center in Sydney to mark the 70th anniversary of the outbreak of the 1950-53 conflict.

The cases also included a program by the Consulate General in Shanghai, China, to establish a digital content studio, called "On Shanghai," and produce online content in cooperation with local online influencers.

The participants in the session agreed to continue sending out messages of global solidarity to help overcome the global pandemic, and diversify public diplomacy projects to help people in vulnerable countries.