SEOUL, Dec. 23 (Yonhap) -- Baek Soo-bin, 28, was all set to finally reunite with her friends for a year-end party after a series of canceled dinners and get-togethers amid toughened coronavirus social distancing rules.

But instead of visiting a fancy bar or restaurant, Baek was at her home in Paju, north of Seoul, wearing pajamas with a plate of "tteokbokki," a popular Korean snack made from rice cakes and red chili pepper sauce.

"One of my friends who works at a college was now used to Zoom meetings after all those virtual classes, so she suggested, why don't we try it ourselves?" Baek said in a recent phone interview with Yonhap News Agency.

Baek is among those going online to stay connected and keep the year-end festivities alive despite a slew of social distancing rules.

On social media, hundreds of posts were hashtagged "online year-end party" in Korean as of Tuesday with photos of a laptop screen filled with joyful faces and drink-filled glasses. 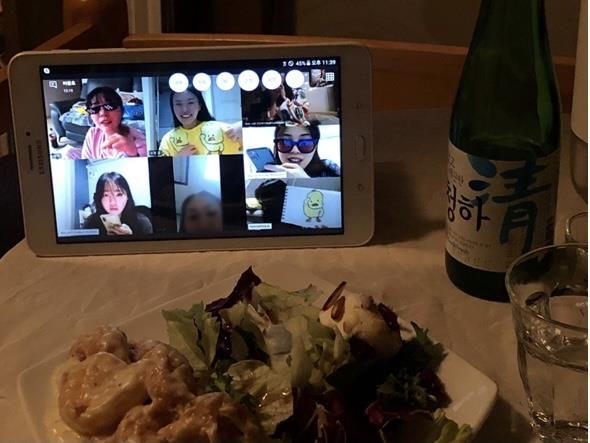 Baek said the three-hour chit-chat last week was not much different from her usual hangout offline.

All in their 20s and 30s, Baek and her friends talked about their favorite K-pop boy band SHINee, exchanged trivial jokes and shared progress on their efforts to land a new job.

"To be able to talk with friends looking at their faces was so much more comforting than just talking over the phone or texting," she said.

Kim Su-a, a 28-year-old designer, also said she had a rare excitement during the COVID-19 pandemic preparing a dish for an online year-end party with her friends.

"After four months of no gatherings, we didn't want to put off the meeting any longer," Kim said of her experience. They talked from 10 p.m. Friday until 4 a.m. the next day.

The virtual gatherings took place as the third wave of the pandemic has been raging across South Korea with a majority of the recently confirmed infections being reported from the greater Seoul area, home to half of the country's 51 million population.

The government has been sending near-daily alert messages to the public for a month now, urging people to stay home and cancel year-end gatherings to prevent a further spread of the virus.

Businesses were quick to provide services to meet the demand for online gatherings.

Zoom, the leading videoconferencing company, is temporarily lifting the 40-minute limit on free accounts for all meetings for some of the upcoming holidays.

"Whether coming together on the final day of Hanukkah, celebrating Christmas, ringing in the new year, or marking the last days of Kwanzaa, those connecting with friends and family won't get cut short," the company said.

Google Meet is also free of charge for all users until March next year. 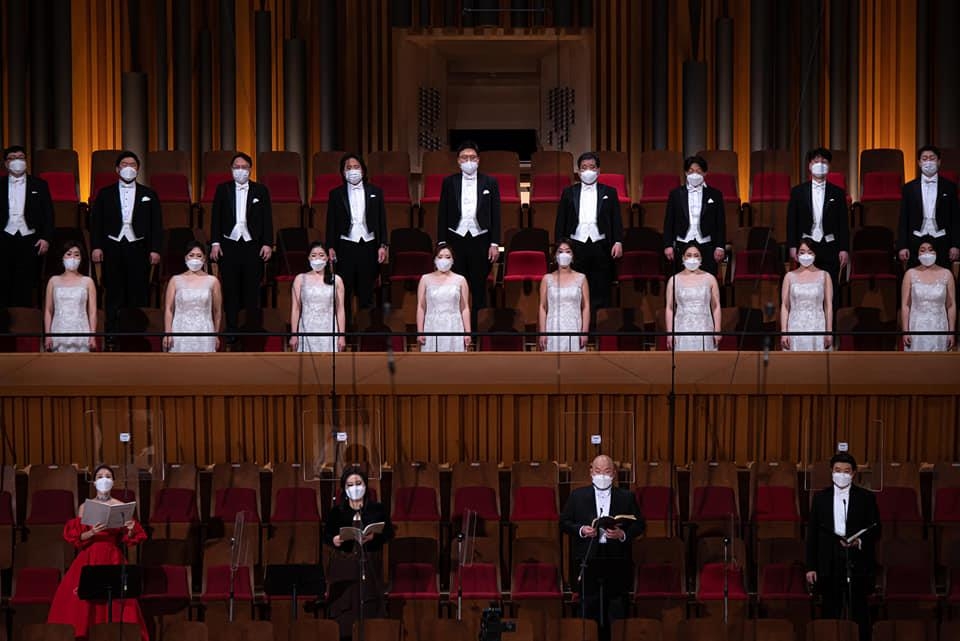 The arts and culture scene, one of the most hurt industries by the pandemic, as well is joining the move to keep the holiday spirit high with a number of online events.

The Seoul Philharmonic Orchestra, which had to cancel its regular year-end concerts due to the virus, livestreamed its performance on YouTube and Naver on Sunday for free.

Thousands of viewers from across the country watched the show as singers in dresses and tuxedos performed Beethoven's Symphony No. 9, Choral, while wearing masks.

K-pop agency Big Hit Entertainment is scheduled to hold an online concert on New Year's Eve under the theme of "We've connected," featuring BTS and other musicians from the company.

Ever since the social distancing rules started to govern people's everyday lives, experts have emphasized the importance of keeping communication with families and friends.

"Many people are expressing loneliness, a sense of alienation and anxiety in the face of prolonged social distancing," Yeom Min-seob, a senior health ministry official, said, calling for attention to guarding mental health during the COVID-19 era.

In the meantime, screen-mediated communication can help people alleviate the sense of isolation, Kim Mun-cho, professor of sociology at Korea University, said.

"Until the vaccines are out and we can meet face-to-face again, online connections will play a pivotal role in helping people keep their relationships," he said during a recent forum hosted by the National Center for Mental Health. 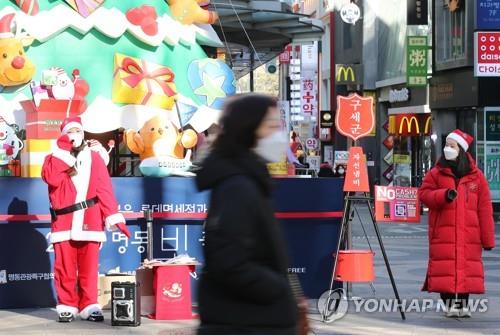 Authorities have been toughening antivirus rules amid no signs of the virus letting up.

From Wednesday to Jan. 3, residents in the metropolitan region that includes Seoul, the surrounding Gyeonggi Province and the western city of Incheon are banned from gatherings of five or more people.

The greater Seoul area is under Level 2.5, the second highest in the nation's five-tier -- Level 1, 1.5, 2, 2.5 and 3 -- social distancing alert system, where restaurants are under the 9 p.m. curfew with only takeout and delivery allowed for cafes.

The latest restrictions came as the number of new infections here has been growing at an alarming rate.

Jeong Eun-kyeong, head of the Korea Disease Control and Prevention Agency, urged the public to join the government's efforts to stem the virus, saying it is their parents, the elderly population who are the most vulnerable to the fast-spreading disease.

"We need to all pause in unity and cancel in-person gatherings, events to avoid the upcoming Christmas becoming the last Christmas for elderly patients with underlying diseases," Jeong said.

For Christmas Eve, Baek, the Paju resident, plans to have a small cake ready at home and celebrate the night with her family.

"Now that my parents can't go to the church due to the virus, it will indeed be the first time in many years for all four of us to be together on Christmas Eve." 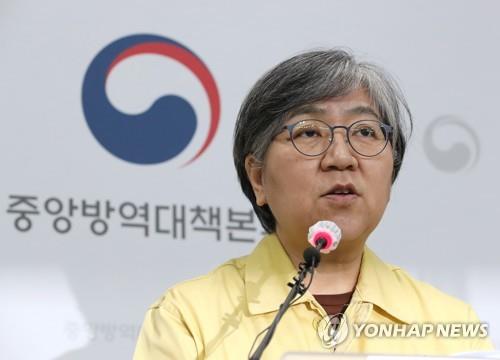