One contractor who works on Camp Casey in the northern city of Dongducheon was confirmed to have been infected on Saturday after coming into contact with a person who earlier tested positive, according to USFK.

He last visited the camp on Dec. 13 and has been in isolation at his residence since the following day, it added.

The other COVID-19 patient is a civilian employee who works at Camp Humphreys in Pyeongtaek, some 70 kilometers south of Seoul. He last visited the base last Friday and tested positive on Sunday, USFK said.

The total number of coronavirus cases among the USFK-affiliated population rose to 466, most of whom have tested positive upon arrival in South Korea from the U.S.

South Korea has seen another wave of the new coronavirus in recent weeks, particularly in Seoul and the surrounding metropolitan area. To slow the spread, the country decided to enforce tougher antivirus measures, such as banning private gatherings of five or more individuals and the shutdown of winter sports facilities and major tourist attractions starting this week.

USFK also raised its antivirus guidance by one notch Sunday, which calls for teleworking for all members except for "mission essential" individuals and bans unnecessary off-post trips. 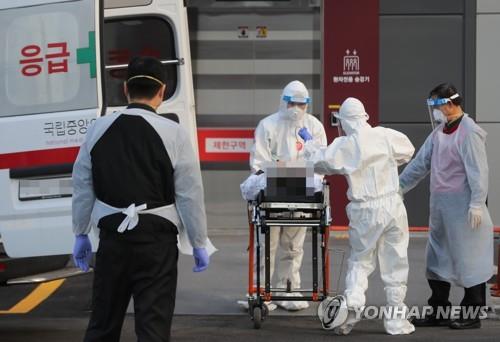