SEOUL, Dec. 22 (Yonhap) -- Soldiers killed during operations to quell a pro-democracy uprising in 1980 have been relabeled as dead on duty from the previous designation of war dead, the defense ministry said Tuesday, amid efforts to set the record straight on the historic revolt.

On May 18, 1980, the military junta, led by then Gen. Chun Doo-hwan brutally, cracked down on demonstrators in the southwestern city of Gwangju, including students protesting against Chun who had taken power in a military coup the previous year.

The crackdown left more than 200 civilians killed and 1,800 others wounded.

Twenty-two martial law army soldiers killed during the crackdown were recognized as war dead and have received posthumous benefits as men of national merit in accordance with Army regulations, which stipulate that those who died during operations to suppress armed revolts and rebellion shall be designated as war dead.

But the Supreme Court ruled in 1997 that the Gwangju uprising is not a rebellion that disturbed society but a justifiable act meant to safeguard the constitutional order, and calls have grown recently for reexamining the evaluation of the soldiers' deaths.

"We held a related committee meeting on Friday, and decided to redefine their sacrifice as an on-duty death," the defense ministry said in a release.

"Most of them were lower-ranking soldiers who had served their mandatory duty, and they had been involved in the suppression under the order from their superiors," the ministry said, explaining the reasons for the recognition as men of national merit.

But the revision is not likely to lead to changes in benefits they have received, the ministry said. 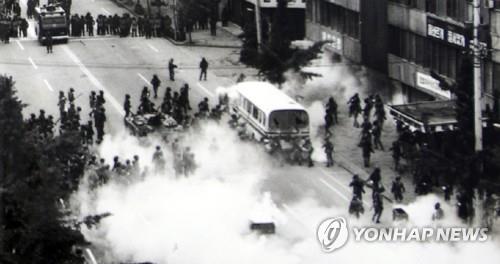 Of the 22 victims, 13 were found to have been killed by friendly fire, and five died during engagement with protesters. Their ranks varied from private first class to major, according to government documents.

South Korea has been working to undercover the truth behind the tragedy.

In May, an independent committee in charge of the probe was launched. In October, Army Chief of Staff Gen. Nam Yeong-shin apologized for the military's brutal crackdown, the first time in 40 years that a head of the Army had done so, and vowed to fully cooperate with an ongoing probe into the case.

Last month, the Gwangju District Court found former President Chun guilty of defaming a late activist who testified to having witnessed Chun's troops shooting from helicopters on the demonstrators in Gwangju. With the conviction, the court sentenced Chun to eight months in prison, suspended for two years. 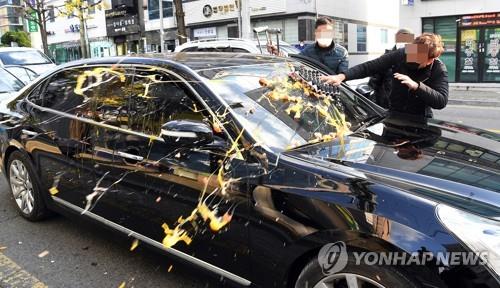 Soldiers killed during Gwangju uprising recognized as dead on duty, not war dead

Soldiers killed during Gwangju uprising recognized as dead on duty, not war dead