The Ministry of Agriculture, Food and Rural Affairs said it has identified an avian influenza (AI) of H5N8 strain at a fowl farm in Yongin, Gyeonggi Province, just south of Seoul. The farm was raising about 4,700 ducks and 100,000 quails.

It was the 20th such case since the nation confirmed this year's first outbreak of farm-related AI in late November.

Later in the day, the same virus was found at a farm with about 6,000 ducks in Eumseong, North Chungcheong Province, according to the provincial office.

Hundreds of thousands of ducks, chickens and quails within 3 kilometers from the affected farms were culled. 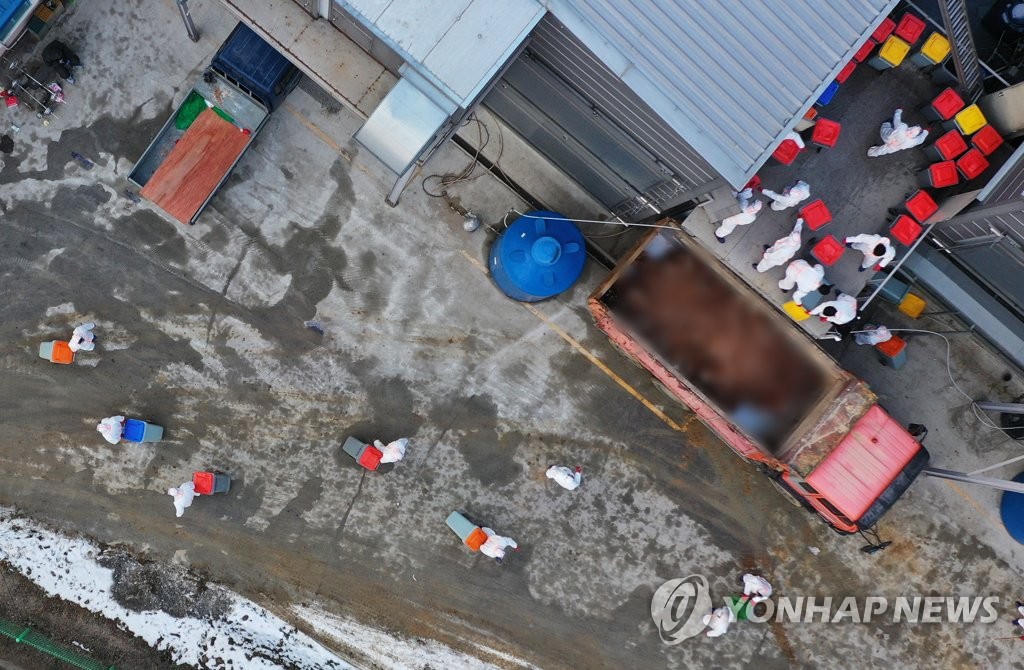 Officials are also investigating suspected cases from an egg farm in Hwaseong, Gyeonggi Province, and a duck farm in Namwon, North Jeolla Province.

Earlier in the day, the country issued a standstill order for Gyeonggi and Chungcheong provinces and the central city of Sejong.

The 24-hour order, which will run through 1 a.m. Thursday, will ban movement of all livestock, workers and automobiles at poultry farms in the regions.

The country had culled about 6.3 million poultry as of Tuesday as farm-related H5N8 infections have been reported across the nation since late November.

Meanwhile, 35 cases in wild birds have been confirmed since late October.