SEOUL, Dec. 23 (Yonhap) -- Samsung Electronics Co. is expected to remain the world's leading TV vendor for the 15th straight year in 2020 on brisk demand caused by the coronavirus pandemic, a report said Wednesday.

The South Korean tech behemoth is forecast to sell 49.02 million TVs this year after shipping 33.92 million units in the first three quarters of the year, according to the report from market researcher Omdia.

The estimate is up 11.2 percent from the previous year and marks the largest annual sales number since 2014, when Samsung sold 52.94 million units thanks to the Sochi Winter Olympics and the Brazil World Cup.

The figure is up 3.8 percent from Omdia's projection made in September and would mark the highest yearly sales volume since 2015.

The market researcher said global demand for TVs has increased as the pandemic has forced more people to stay home.

But the value of TVs sold is expected to fall slightly to US$97.79 billion this year from $154.67 billon a year earlier as TV manufacturers mark down prices by focusing on online vending, it added. 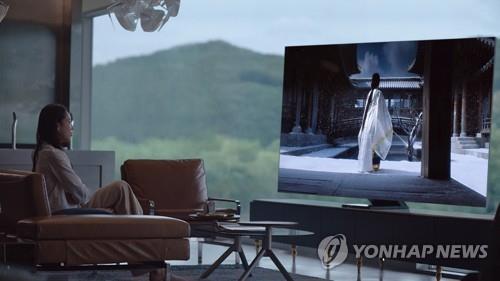