SEOUL, Dec. 23 (Yonhap) -- South Korea said Wednesday it will suspend flights arriving from Britain until the end of this year over concerns about a new strain of the novel coronavirus.

The country's diplomatic missions in Britain will suspend issuing quarantine-waiver documents so as to place all arrivals from the European nation in a 14-day quarantine, according to health authorities.

The country will also conduct an additional virus test when they are released from quarantine.

South Korea will beef up airport quarantine checks and strengthen the criteria for body temperature checks to 37.3 C from the current 37.5 C for arrivals from Britain.

Currently, international arrivals must receive virus tests at airports in cases they have temperatures of 37.5 C and above or show respiratory symptoms.

The measures take effect immediately, according to health authorities. 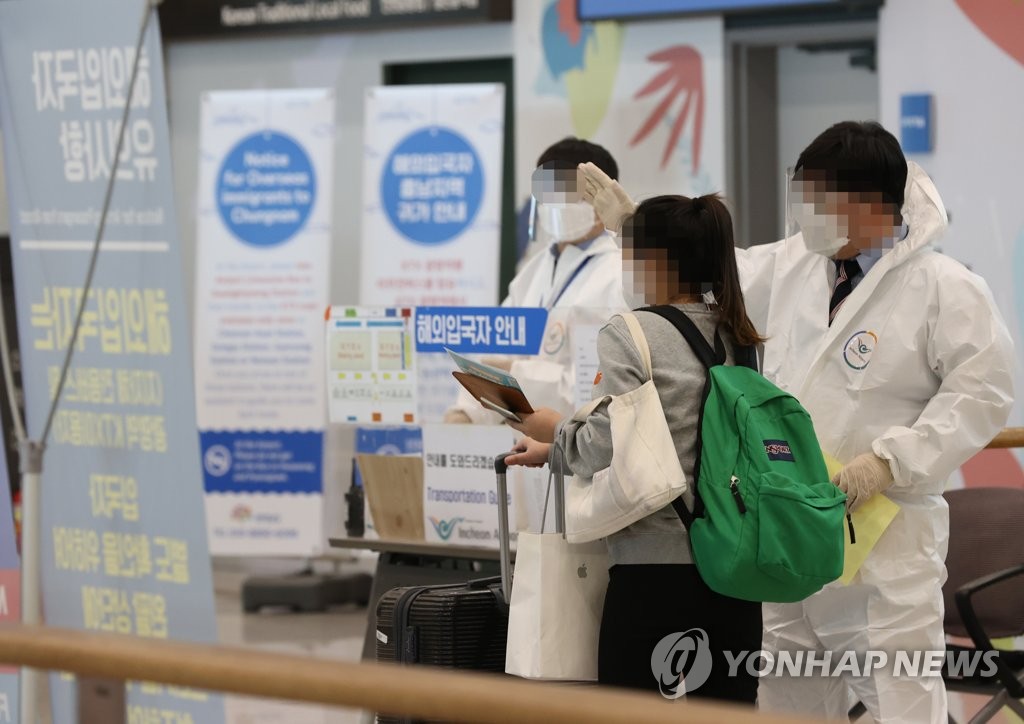 "If we detect confirmed cases coming from Britain, we will check whether infections are related to the new mutated strain," Yoon Tae-ho, a senior health official, said at a press briefing.

The move comes as about 50 countries, including Germany, Italy, India and Hong Kong, announced plans to temporarily halt flights coming from Britain on concerns that the new virus strain detected in the European nation could be more contagious.

The new strain is believed to transmit 50 to 70 percent faster than any other variants found in the United Kingdom, according to Britain's preliminary research outcome.

South Korea's health authorities said they have not detected the mutated virus here yet.

Despite the direct flight suspension, it may be hard to thoroughly check whether international travelers stayed or stopped in Britain if they use transit flights.

Yoon said as the European Union is taking thorough border measures for arrivals from Britain, potential virus cases could be screened.

Over the past two months, 15 people arriving from Britain have tested positive for COVID-19 in South Korea, according to health officials.

In line with the government's decision, the country's biggest carrier Korean Air Line Co. said it will suspend flights arriving from London's Heathrow Airport through the year-end. But it will operate flights heading to the European nation as scheduled.

No. 2 player Asiana Airlines Inc. said it will suspend all flights leaving for and coming from Britain this month. 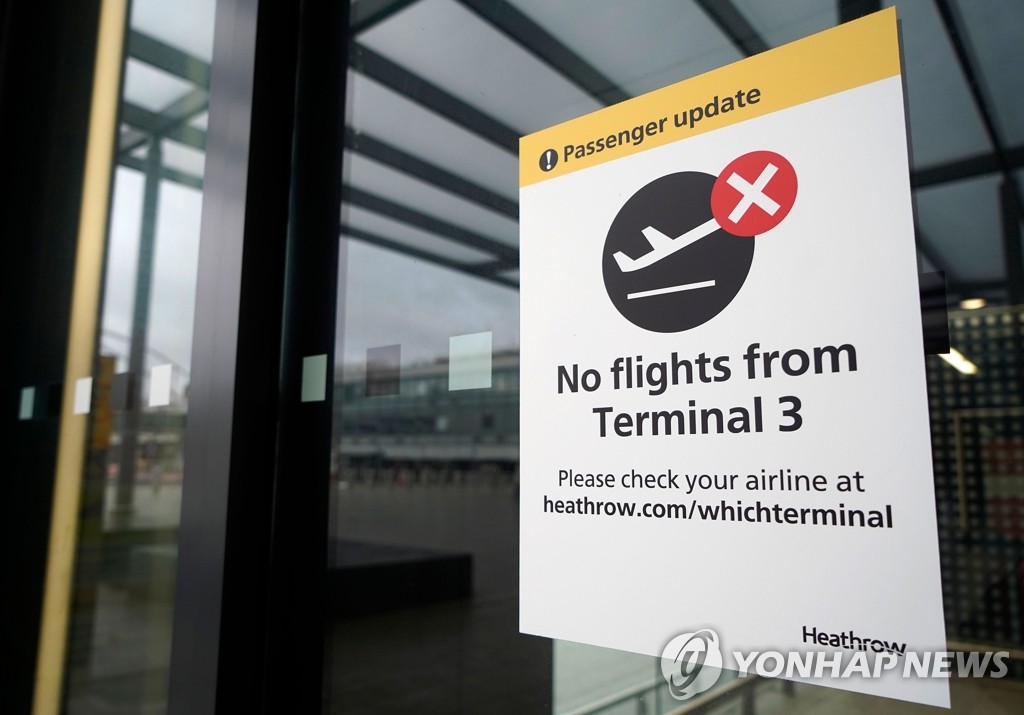