SEOUL, Dec. 23 (Yonhap) -- LG Electronics Inc. said Wednesday it will launch an electric car parts joint venture worth about US$1 billion next year with Canadian auto parts company Magna International Inc. as it seeks to boost its presence in the auto parts industry.

The South Korean electronics giant said it will hold a 51 percent stake in the joint venture, with the rest owned by Magna International.

LG said it will first spin off its electric car parts business to create the new company, tentatively named LG Magna e-Powertrain Co., which will then be partly acquired by Magna International for $453 million.

The new joint venture will specialize in manufacturing electric car motors and parts such as inverters and board chargers. 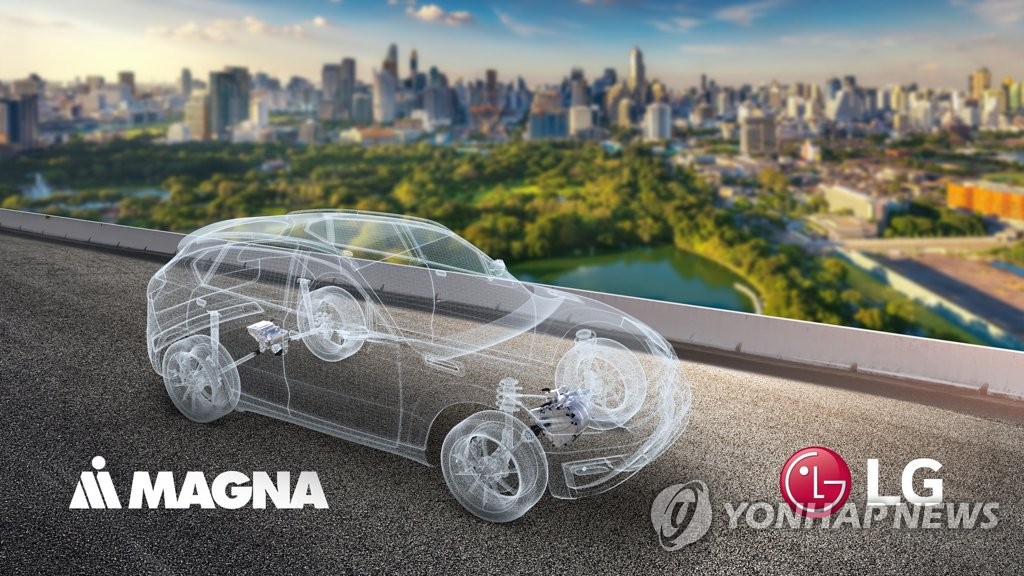 LG said it plans to hold a shareholder meeting in March next year for approval of its plan and launch the joint venture in July.

The company, which has experience in developing electric vehicle (EV) components for General Motors' Chevrolet Bolt and Jaguar's I-Pace, said the joint venture will improve its competitiveness in the EV parts business through synergy with Magna, which has expertise in electric powertrain systems.

The move comes after LG Electronics bought Austrian automotive lighting system firm ZKW Group in a deal worth 1.44 trillion won (US$1.3 billion) in 2018.

Shares in LG Electronics surged by the daily permissible limit of 30 percent to close at 119,500 won, far outperforming the broader KOSPI's near 1 percent gain. Shares in LG Corp., the holding company of LG Group, also rose 10.34 percent to 86,400 won.