SEOUL, Dec. 24 (Yonhap) -- The Korean Confederation of Trade Unions (KCTU), the more militant of the nation's two largest labor umbrella organizations, elected a hard-line figure as its new leader on Thursday, heralding an escalation in its conflict with the government over key labor reform policies.

The KCTU, the nation's largest labor group with more than 1 million members, said Yang Kyeong-su, head of the KCTU chapter in Gyeonggi Province, was elected as its new leader in a contested vote and will begin his three-year term next month.

The 44-year-old Yang was a chapter leader for the subcontractors of Kia Motors Corp.'s plant in Hwaseong, some 60 kilometers south of Seoul. He will be the first KCTU chairman to have worked as a non-regular worker.

Backed by the leading faction of the group, Yang said during the campaign that he would start preparing for a nationwide general strike in November next year when he wins the election.

The KCTU has been at odds with the government and the ruling Democratic Party (DP) over the revision of labor bills, which it claims include agendas unfavorable to workers, such as an extension of collective agreements' valid periods. The group has also demanded the enactment of a bill that would hold companies accountable for grave industrial disasters.

In his election victory speech, Yang said the country will first see its top labor union organize a massive strike, which will be "written down in a page of history." 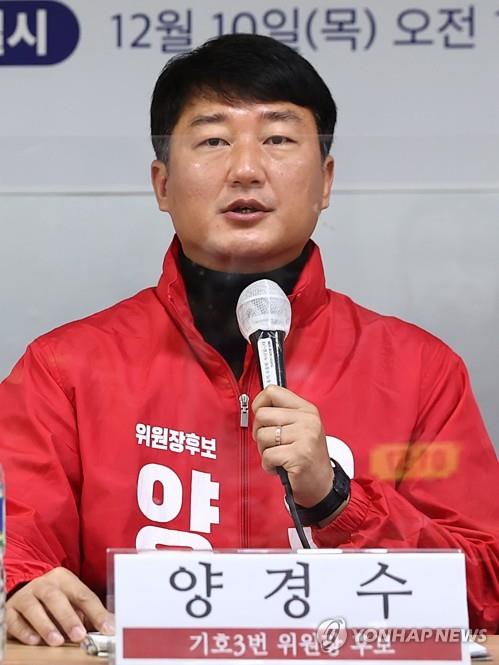