In the Realmeter survey conducted on 1,505 voters nationwide for three days through Wednesday, 37.4 percent of the respondents gave a positive assessment of his presidency, down 2.1 percentage points from the previous figure last week.

Meanwhile, his disapproval rating rose 1.4 percentage points to hit 59.1 percent, the highest negative reception the president has had since taking office in May 2017. 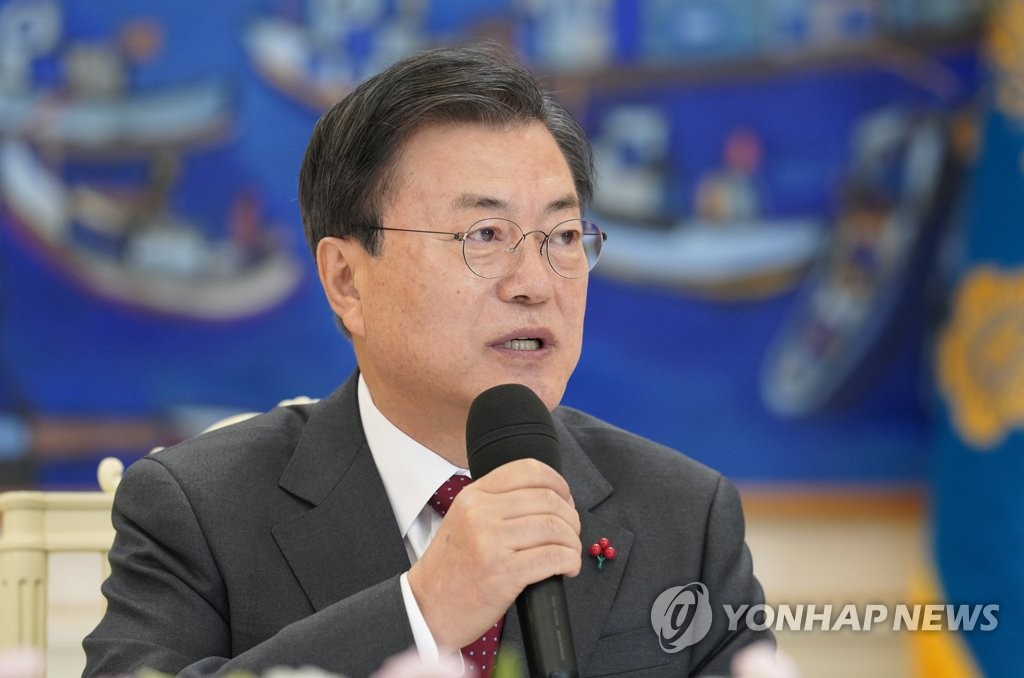 Approval ratings for the liberal Open Democratic Party, the minor opposition People's Party and the progressive minor Justice Party were 6.2, 6.1 and 4.5 percent, respectively.

The survey, commissioned by local broadcaster TBS, has a confidence level of 95 percent with a margin of error of plus or minus 2.5 percentage points. 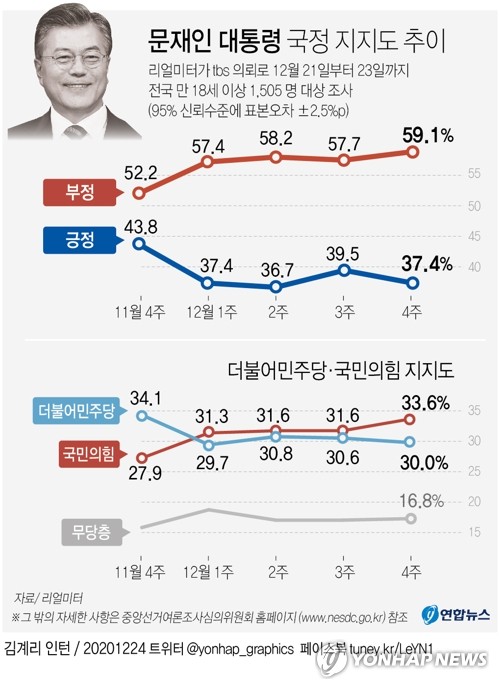