The Ministry of Trade, Industry and Energy announced its ninth basic plan for long-term electricity supply and demand from 2020 to 2034 in a public hearing. It will be confirmed by an electricity policy committee later this month.

The ministry said it will nearly quadruple the production capacity of renewable energy from 20.1 gigawatts (GW) to 77.8 GW to 2034 by increasing investment in solar and wind power plants and hydrogen production. 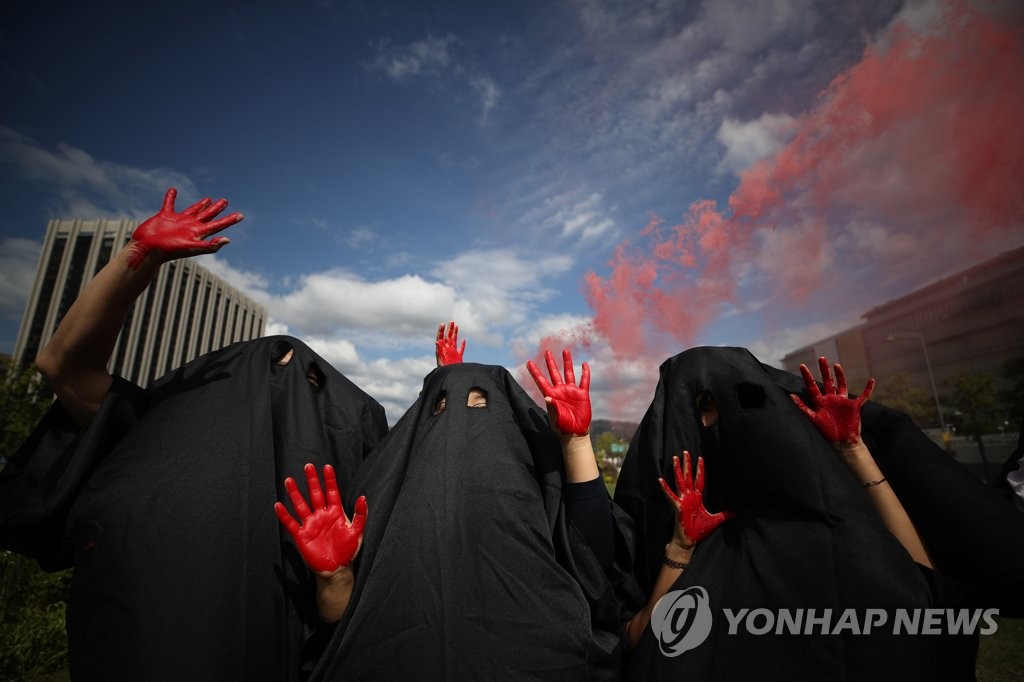 The ministry said it will phase out 30 aging coal power plants by 2034 and convert 24 of them to liquefied natural gas (LNG) plants to reduce the coal production capacity from 35.8 GW to 29 GW in 2034.

While permitting the ongoing construction of seven power plants, facilities aged over 30 years will be prohibited from operating during the spring season when the nation chronically grapples with poor air quality caused by fine dust.

The nation's seven oldest reactors will be retired over the next decade as their operational life cycles expire one by one. This will reduce the number of commercial reactors from the current 24 to 17 in 2034.

South Korea has set a goal of cutting its greenhouse gas emissions by 37 percent from the business-as-usual level by 2030 and achieving net-zero carbon emissions by 2050.