A Tesla Model X caught fire after ramming into a parking lot wall at a Seoul apartment on Dec. 9, killing the car owner who was in the passenger seat, and injuring the designated driver and an employee of an apartment.

The designated driver told police that the car went out of control due to "unintended acceleration." 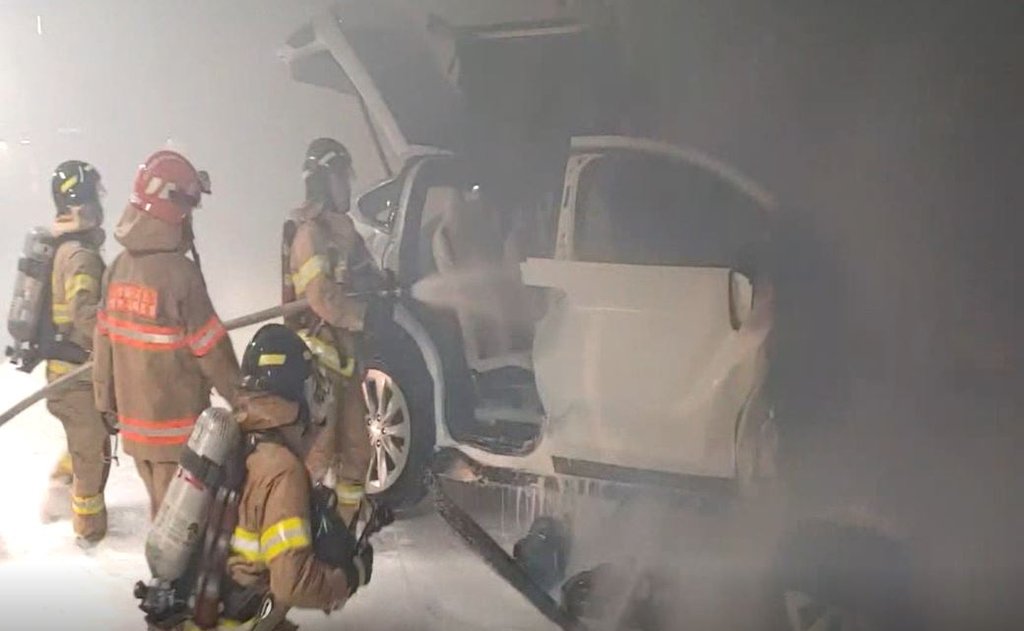 Last week, the Korea Automobile Testing & Research Institute requested Tesla to submit documents related to the accident to figure out the cause of the accident, said an official of the Ministry of Land, Transport and Infrastructure.

The institute, which is overseen by the ministry, will look into whether the accident was caused by sudden unintended acceleration or battery problems, and will examine its door lock system, the official said.

Fire fighters couldn't immediately open the SUV's door to rescue the car owner as its electronic door lock system was inoperable due to fire. The firefighters later took the owner out of the car through the trunk and rushed him to a hospital, where he died.

If problems are discovered in a preliminary process, investigators can launch probes into the accident and the ministry can make decisions about a recall to fix faulty parts, officials said.