The country reported 1,132 more COVID-19 cases in the past 24 hours, including 1,104 local infections, putting the total caseload at 55,902, according to the Korea Disease Control and Prevention Agency (KDCA).

South Korea is grappling to contain yet another wave of virus infections with the toughest social distancing rules banning gatherings of five or more people and shutting down popular venues around the Christmas and New Year's holiday season.

The uptrend in the daily caseload is adding pressure on the government to apply the most stringent Level 3 social distancing rules, a measure tantamount to a lockdown. 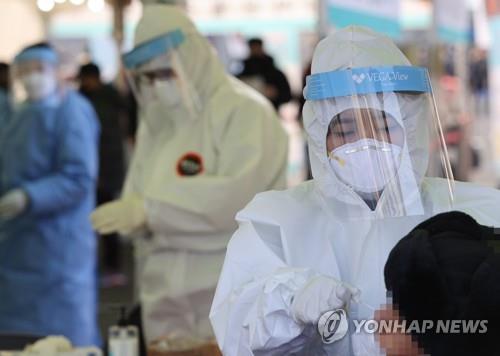 Health experts said Saturday's figure demonstrates the virus spread is accelerating as the number turned out to be high even though fewer tests were conducted the previous day on the Christmas holiday.

A mass infection of more than 514 cases traced to a detention center in eastern Seoul has become the latest source of the spike in infections.

New infections from nursing homes on the outskirts of the capital and religious gatherings in provincial cities continue to be reported, as well as those linked to small and private gatherings.

The CDCH said untraceable cases account for 28.6 percent of the 14,169 newly confirmed patients since Dec. 13, up 1.4 percentage points from the previous day.

The CDCH found in its latest study on 15,111 confirmed patients that one in every four of them was infected with COVID-19 through a family member.

Health Minister Kwon Deok-cheol stressed that the third wave of infection is spreading rapidly into every corner of society, renewing calls for strict adherence to the restrictions.

"Standing at the crossroads of the third wave, whether we can stem the trend of virus proliferation depends on how we're going to spend the year-end and New Year's season," he said during a government COVID-19 response meeting.

The government has urged citizens to strictly comply with the distancing rules so that the antivirus measures can produce results. It has warned that any violations will face a fine of up to 3 million won (US$2,700).

The government has kept social distancing at the second highest of Level 2.5 in the five-tier system in the greater Seoul area, home to half of its 51.6 million population. It is trying hard not to raise the curb level considering the potential economic impact.

But given the unabated spread of the virus, the health authorities plan to decide Sunday on whether to raise the distancing guidelines to Level 3.

The current Level 2.5 distancing scheme in the greater Seoul area, and Level 2 in the rest of the country, is due to end Monday.

The CDCH also said the country will toughen the screening procedure for arrivals from South Africa, where a new variant of COVID-19 virus was found. Arrivals will be required to take an additional virus test at the end of the 14-day mandatory quarantine.

South Korea has already halted all flights from Britain until Dec. 31 after the country reported a new COVID-19 variant that is believed to spread much faster.

Of the 1,104 locally transmitted cases reported Saturday, 457 were reported in Seoul. The surrounding Gyeonggi Province added 250 cases, with Incheon, west of Seoul, reporting 55.

Nationwide, the country had 299 seriously or critically ill COVID-19 patients, down from the previous day's 311.

The total number of people released from quarantine after making full recoveries stood at 38,532, up 484 from the previous day.

The agency also reported 28 more infection cases from overseas, bringing the total to 5,273. They were from the United States, France, Turkey, Russia, the Philippines and Bangladesh, among others. 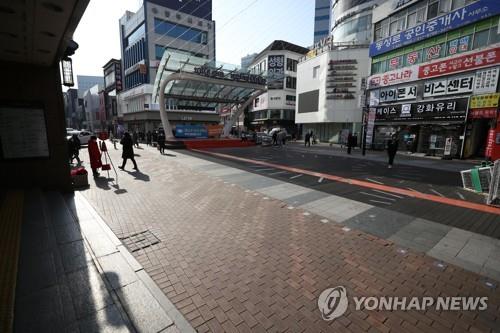