SEOUL, Dec. 26 (Yonhap) -- The defense ministry is in talks with related authorities to see if South Korean Army troops assigned to the U.S. Forces Korea (USFK) can get the COVID-19 vaccine shipped from America for its soldiers here, officials said Saturday.

A cargo plane carrying Moderna's vaccine arrived in South Korea on Friday from Memphis, in the first shipment of vaccines to be administered to American troops and citizens here. The shipment was delivered to Allgood Army Community Hospital inside Camp Humphreys, the U.S. military headquarters in Pyeongtaek, south of Seoul.

The arrival of vaccines has raised the possibility that the Korean Augmentation to the U.S. Army, better known as KATUSA, working with the USFK could be subject to the inoculation.

Some 40 KATUSA soldiers are working inside the Allgood Army Community Hospital, according to officials.

A defense ministry official in Seoul confirmed talks about the potential vaccination are ongoing.

"But we have yet to receive a formal request (from the USFK) regarding the matter," the official said.

If the vaccination is granted, the soldiers will be the first to get the shots in the country, where concerns have been mounting over the government's belated move to secure COVID-19 vaccines for its people.

USFK has reportedly contacted the Army for information related to the KATUSA program in relation to the vaccination, an informed source said.

Currently, there are more than 3,000 Army troops working as part of KATUSA in U.S. military installations. 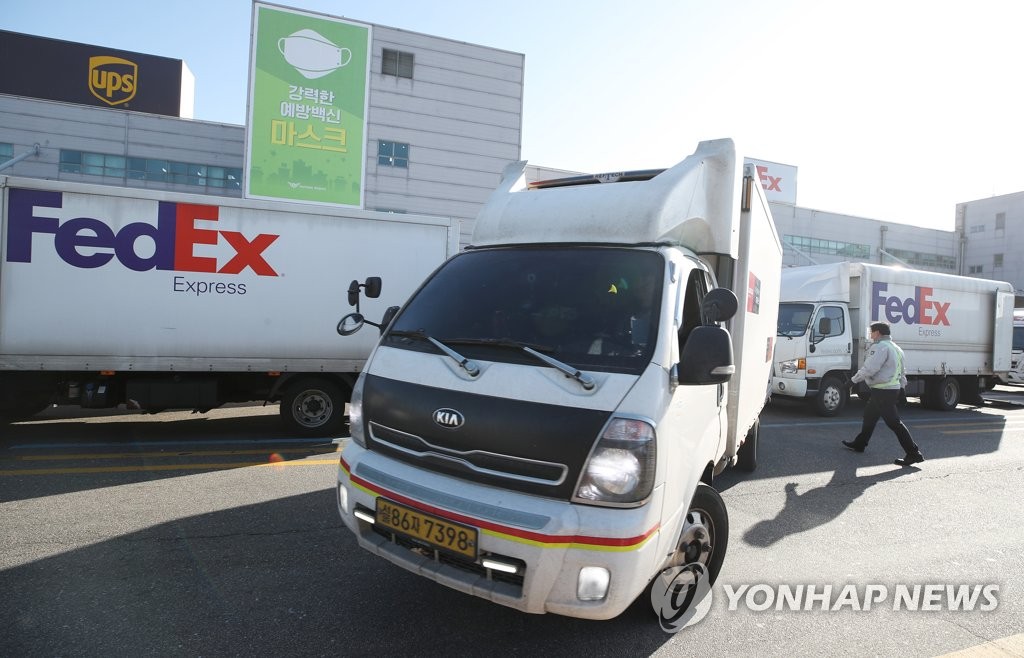