The man in his 80s had remained in self-quarantine at home in Goyang, northwest of Seoul, after arriving from Britain on Dec. 13. He passed away Saturday morning at a hospital after experiencing cardiac arrest.

Samples from the man's body revealed that he was positive with COVID-19. Health authorities are examining whether the virus strain from the body is that of the new variant reportedly spreading fast in Britain.

Health authorities have said they have not detected the mutated virus here yet.

The Central Disease Control Headquarters said that test results on whether the virus is the new variant are expected to come out during the first week of January.

Meanwhile, two family members of the elderly man tested positive for COVID-19, while the man's wife was waiting for her test results.

The three also recently arrived from Britain, according to officials. Their virus samples will be examined for whether they are of the variant type.

The country has halted all flights from Britain until Dec. 31 after the European nation reported a new COVID-19 variant that is believed to spread much faster.

The new strain is believed to transmit 50 to 70 percent faster than any other variant found in the United Kingdom, according to Britain's preliminary research outcome. 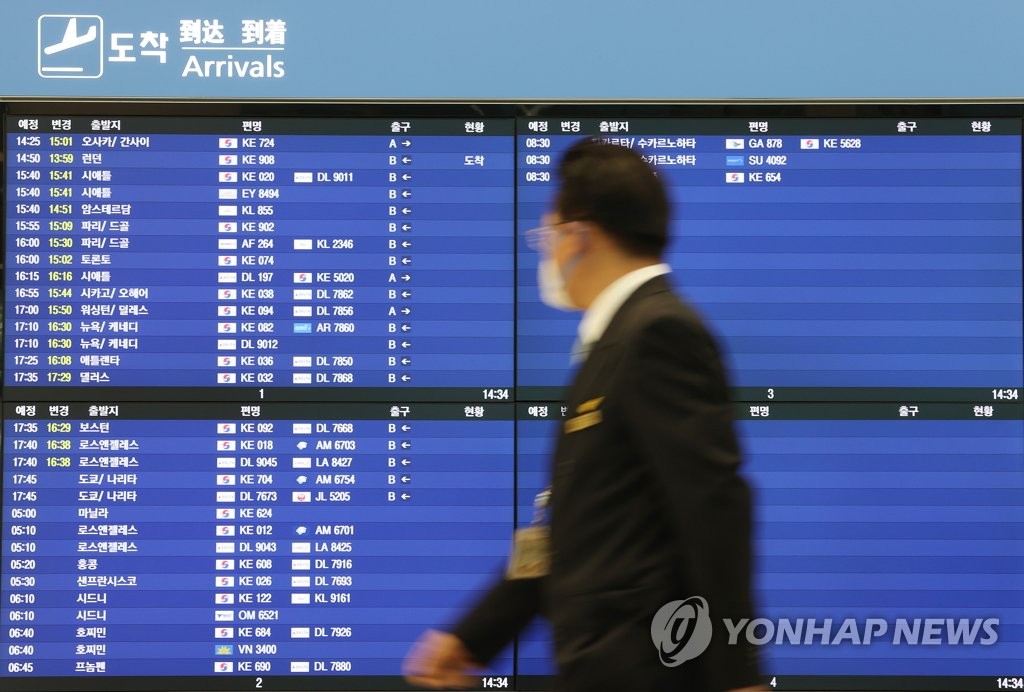