SEOUL, Dec. 28 (Yonhap) -- Thousands of people in North Korea were seen at a square in central Pyongyang apparently practicing for an event believed to be related to a Workers' Party congress expected to be held next month, a U.S. monitoring website has said.

Satellite imagery taken Saturday showed thousands of people gathering in Kim Il-sung Square "apparently practicing for an upcoming event" by making a formation and spelling out "kyeolsaongwi" in Korean, which means to "defend with one's life," according to 38 North.

"At least one parade is expected to take place around the Eighth Party Congress in January and training has been observed at Mirim Parade Training Ground," the website said.

"Political messages displayed with the kind of red placards seen in today's image are common during this kind of event and require practice to perfect timing and accuracy," it added.

The website earlier said that some newly constructed buildings had been spotted in Kim Il-sung Square, adding that they could be related to the upcoming Eighth Party Congress.

North Korea is set to hold a party congress in January for the first time in more than four years, at which it plans to unveil new economic development plans.

The rare party congress has drawn keen attention from the outside world as the North could also announce its new policy line on the United States and South Korea amid stalled denuclearization talks.

Seoul's intelligence agency earlier said the North could hold a military parade in time for the gathering. It would be the first such event since a massive military parade was staged in October to celebrate the 75th founding anniversary of the ruling Workers' Party.

The North Korean military is now conducting regular wintertime drills, and there are no unusual movements, he added. 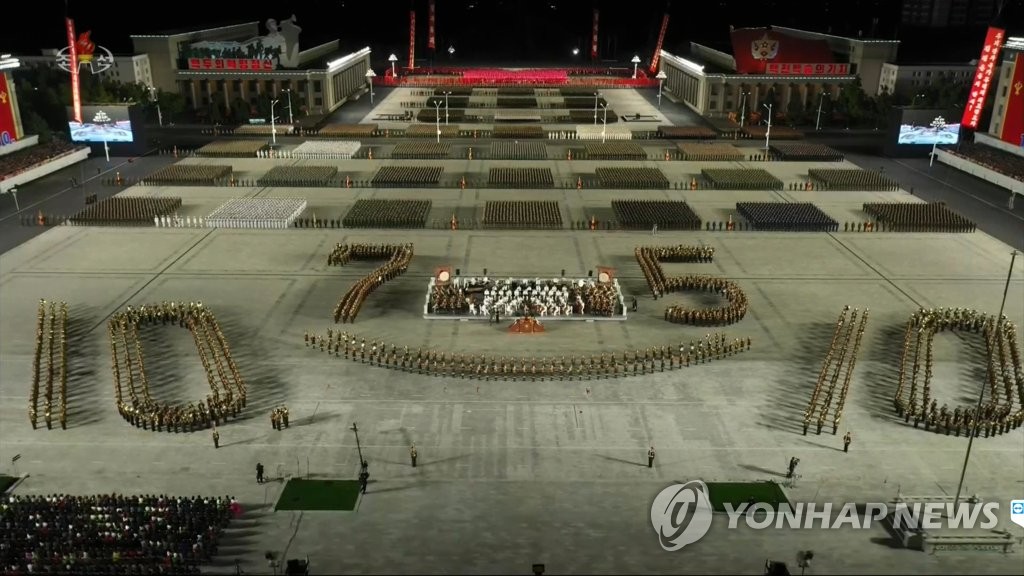