SEOUL, Dec. 28 (Yonhap) -- President Moon Jae-in's approval rating has tied its all-time low, while public disapproval of his job performance has surged to the highest point so far, a poll showed Monday.

In the four-day Realmeter survey conducted on 2,008 people, aged 18 or older, nationwide till last Thursday, 36.7 percent of respondents supported the president, down 2.8 percentage points from the previous week.

Moon's rating had fallen to 36.7 percent, the lowest since he took office in May 2017, in the second week of December and bounced back to 39.5 percent the following week in Realmeter's tracking polls.

The proportion of those who gave a negative assessment of Moon's presidency rose 2 percentage points to a record high of 59.7 percent. 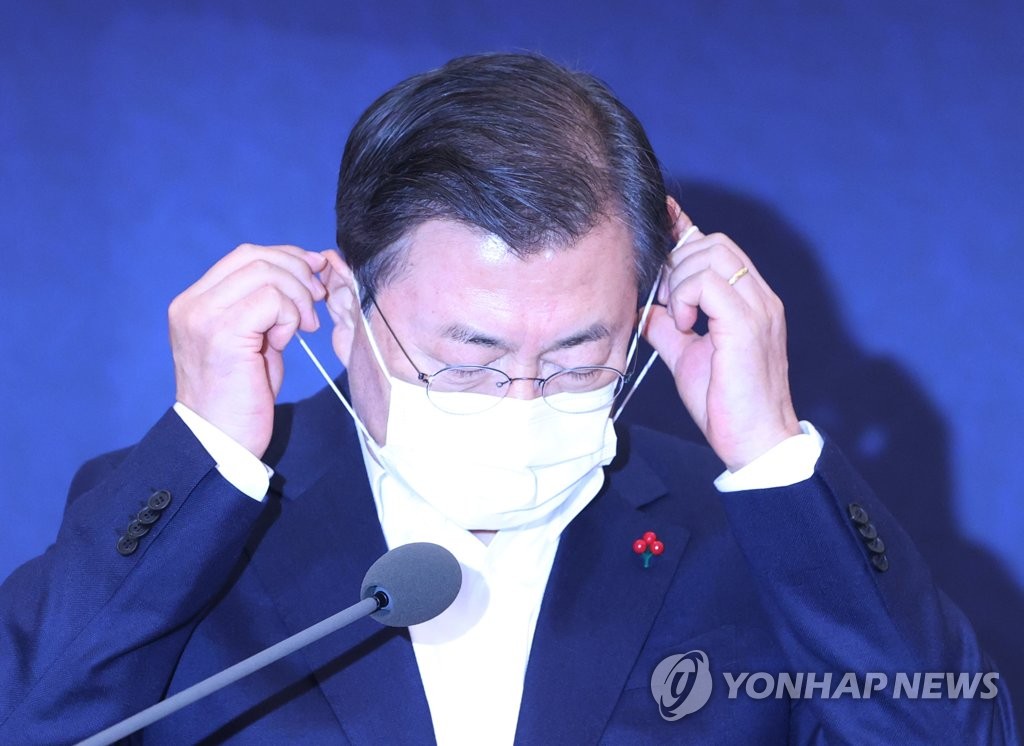 The survey results appear to have been affected by a string of controversies over the government's COVID-19 vaccine procurement policy, police handling of Vice Justice Minister Lee Yong-gu's alleged assault of a taxi driver and whether Land Minister nominee Byeon Chang-heum is suitable ethically for the post, according to the pollster.

It also cited news reports that former Justice Minister Cho Kuk's wife, Chung Kyung-sim, has been convicted of academic and financial wrongdoings and the president's son, Moon Joon-yong, took an artist subsidy for his recent exhibition. 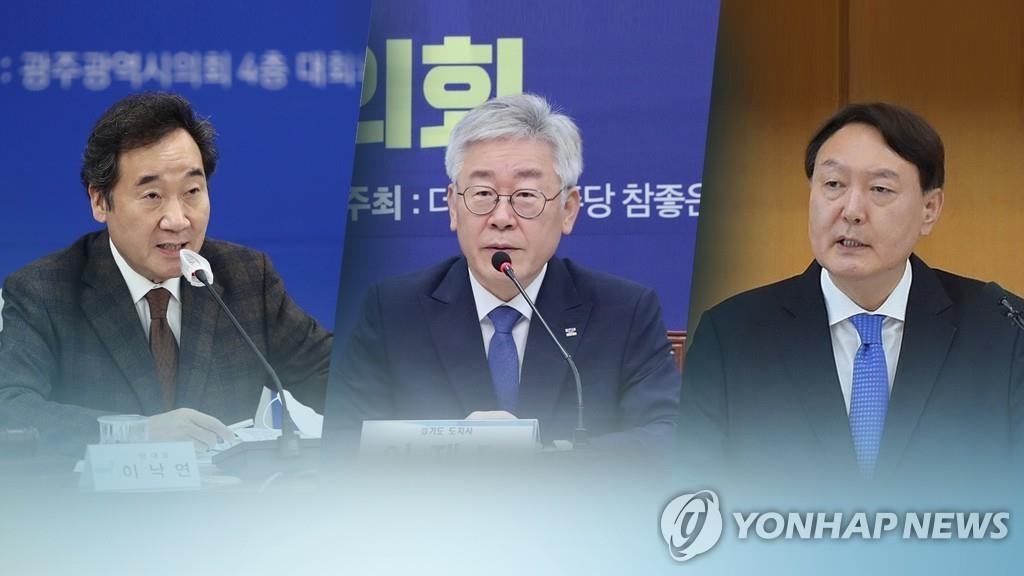 His favorability rating -- a measure of whether people like him -- jumped 4.1 percentage points to 23.9 percent in the monthly research conducted from last Monday to Thursday.

The top prosecutor has returned to work, following a weeklong suspension of his duty, as the Seoul Administrative Court accepted his request for an injunction against the justice ministry's disciplinary measure that was authorized by the president. The verdict was issued on Thursday night.

Yoon, whose two-year tenure finishes in July next year, is said to be a possible presidential candidate of the conservative opposition bloc, although he has not clarified yet in public whether he will seek a political career. The president is slated to leave office in May 2022.

It conducted the poll on 2,041 voters across the country, with a margin of error of plus or minus 2.2 percentage points.