Launched in August 2015, V Live allows K-pop celebrities to broadcast live videos on the internet and chat live with fans from around the globe.

Naver said the service has 85 percent of visitors from overseas and is available online, as well as on Google's Android and Apple's iOS platforms. 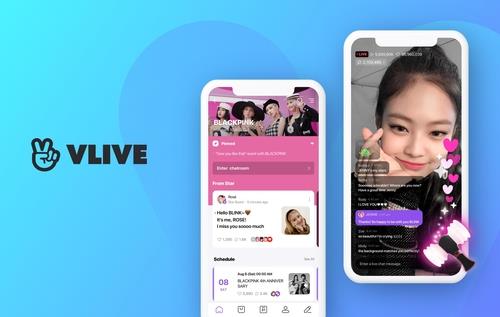 Naver said the number of live concert shows by K-pop stars on the platform jumped by 1.4 percent on-year this year, with the number of fan meetings jumping more than twofold.

Also the number of paid membership users jumped by 1.9 times this year, compared with a year earlier.

Naver attributed the stellar performance to the novel coronavirus pandemic, coupled with cutting-edge technology, such as the streaming of 4K content on mobile platforms.