Under the deal with the Defense Acquisition Program Administration (DAPA), KAI will supply the Surion (KUH-1) transport utility helicopter to the Army by 2024, the company said in a statement.

On the same day, KAI also signed a maintenance, repair and overhaul (MRO) contract worth 112 billion won with DAPA for the Surion helicopter and its 1,207 components, it said.

From January to September, its net profit fell 22 percent to 133.6 billion won from 171.9 billion won during the same period of last year. 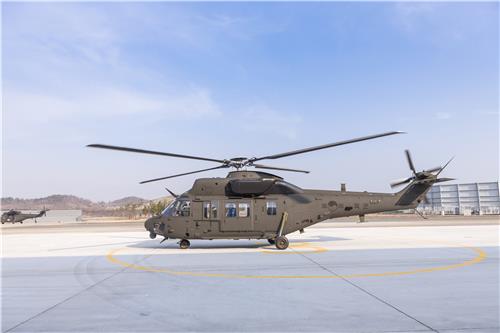