Authorities have found two suspected cases from chicken and ornamental bird farms in Gyeonggi Province, which surrounds the capital city, according to the Ministry of Agriculture, Food and Rural Affairs.

Another suspected case was reported at a duck farm in Iksan, North Jeolla Province, the ministry said.

South Korea has discovered 30 highly pathogenic avian influenza cases this year, including the latest case that was discovered from a duck farm in Jeongeup, 250 kilometers south of Seoul, the previous day. 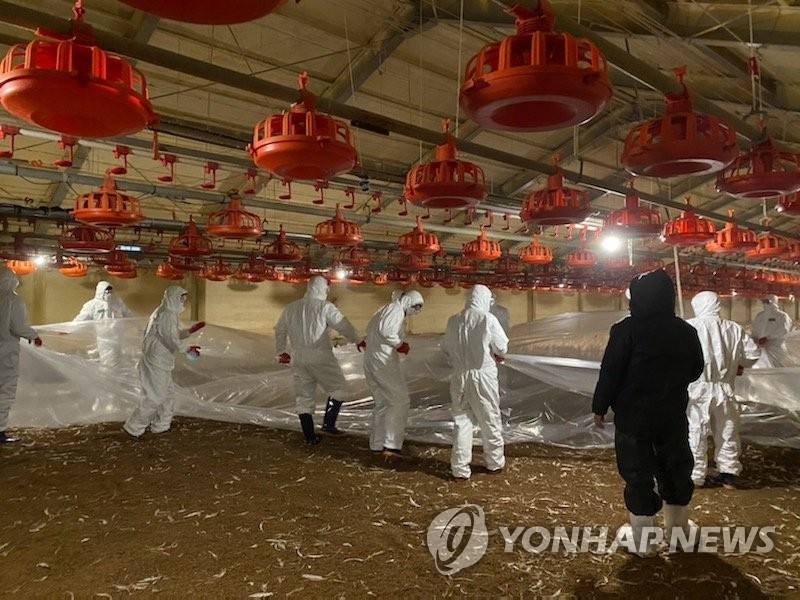 South Jeolla Province has accounted for eight cases so far, and Gyeonggi Province, which surrounds the capital city, took up seven.

As of Tuesday, local authorities have culled around 9.8 million birds.

All poultry within a 3-kilometer radius of infected farms are culled.

The ministry said the domestic market for poultry products nevertheless remains stable, pointing out that the culling of birds had only a limited impact on supply.

Meanwhile, 42 bird flu cases in wild birds have been confirmed since late October.