SEOUL, Dec. 29 (Yonhap) -- South Korea said Tuesday it decided to delay the launch of its first locally built space launch vehicle by eight months due to complications in its assembly.

The Ministry of Science and ICT said it pushed back the launch of the three-stage rocket with a mock payload from February next year to October, adding it also postponed its second launch, carrying a real satellite, from October next year to May 2022.

The ministry said it decided to postpone the launches due to changes in the assembly process of the first-stage rocket and delays in acquiring necessary parts. 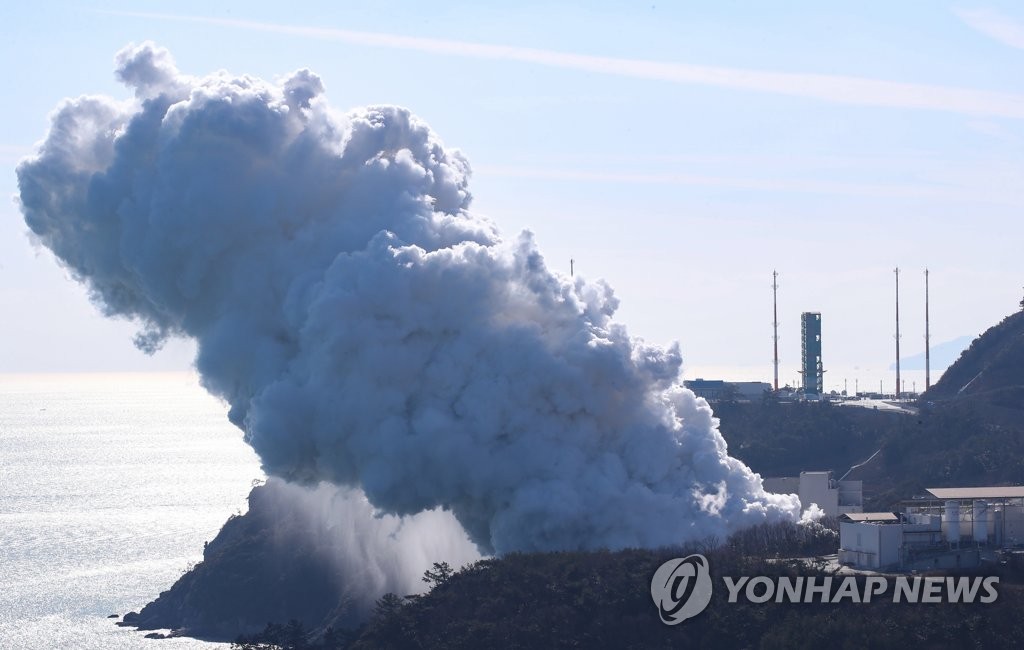 South Korea has been pursuing development of a homegrown space launch vehicle since 2010, earmarking nearly 2 trillion won (US$1.8 billion) for its development.

While the country has sent its 140-ton Naro rocket into space in 2013 after two failed attempts, the first-stage, main rocket on that launch vehicle was built in Russia, with only the second stage being made in South Korea.

The country hopes that the development of the latest Korea Space Launch Vehicle, named Nuri, will lead to the expertise needed to build sophisticated rockets and launch support facilities.

The Korea Aerospace Research Institute, which is developing the project, aims to launch a 1.5-ton utility satellite into low Earth orbit using the 200-ton Nuri.

The ministry said qualification models for the first-, second- and third-stage rockets of the Nuri have been assembled, and the first-stage rocket is currently undergoing testing.

The government separately announced it is also pursuing the development of a public communications satellite for launch in the second half of 2027, setting aside a total 411.8 billion won. The geostationary satellite aims to improve the country's disaster safety response system.