The agreement was reached in a videoconference between President Moon Jae-in and Moderna CEO Stephane Bancel held Monday, according to the South Korean presidential office.

The volume is double the amount that the government had initially sought to secure from the American biotech firm through negotiations. The time frame of provision has also been sped up from the initial goal of receiving vaccines starting from the third quarter. 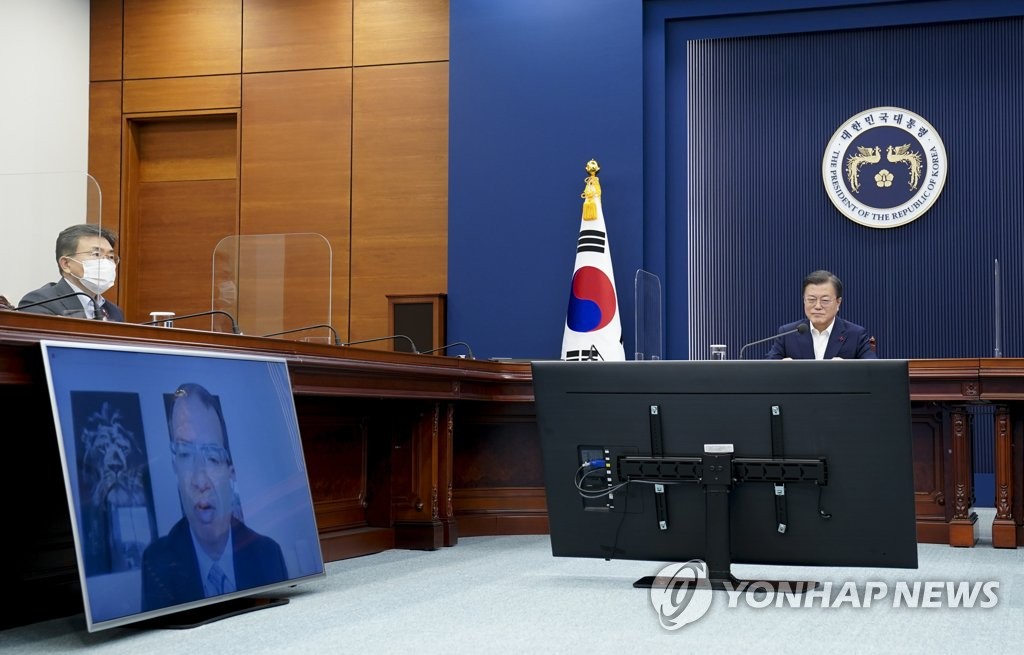 Bancel, according to Cheong Wa Dae, responded by saying a swift deal closure within the year is possible and also promised that the company will do its best to facilitate early vaccine provision.

In total, South Korea will have secured vaccines doses for 56 million people if the Moderna deal is sealed, according to Cheong Wa Dae spokesman Kang Min-seok.

Moon and Bancel also agreed to forge a memorandum of understanding for cooperation in research and development between Moderna and South Korea's state institute on infectious diseases.

The two also agreed to cooperate in the area of consignment production of Moderna vaccines by South Korean firms. 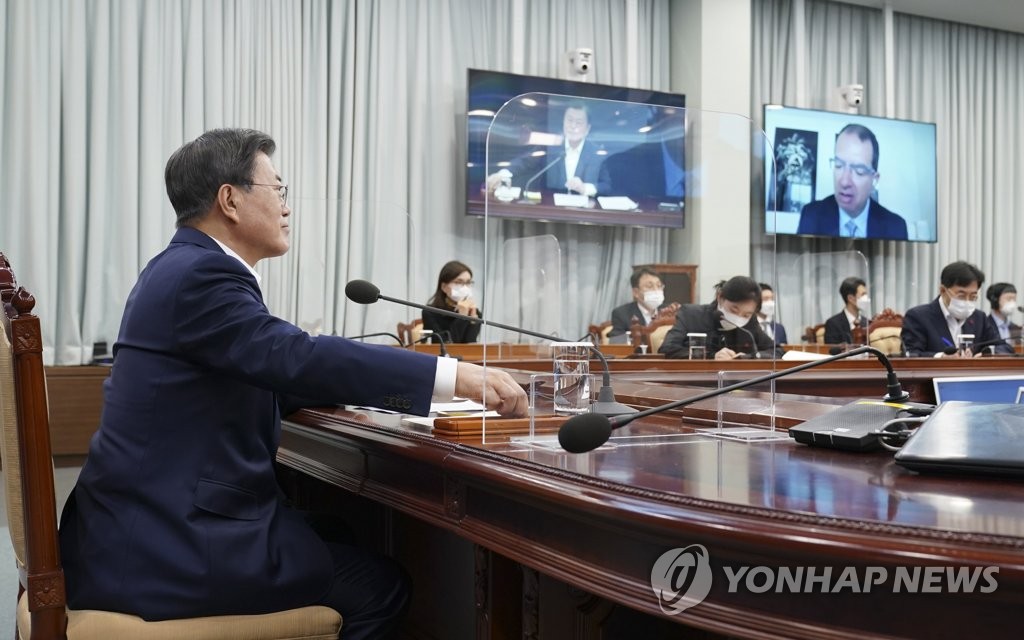 In the case of the emergence of a new type of coronavirus in the future, Bancel said that he expects the period of developing a corresponding vaccine to be shortened by working together with South Korea, according to Cheong Wa Dae.

The Moderna CEO also said he was aware that South Korean companies had strong manufacturing capabilities and that he expected his company to build mass production capacity through South Korean partnership.

In response, Moon said his government will "build a close cooperative relationship with Moderna to allow swift vaccine supplies when a new type of virus outbreak occurs."

The discussion marked Moon's second conversation with someone from the private sector on the topic of cooperation in the fight against the pandemic.

In April, Moon spoke with Bill Gates, co-founder of U.S. software giant Microsoft and chief of the Bill & Melinda Gates Foundation, and discussed expanding cooperation in efforts to develop vaccines and treatments for the coronavirus.