The nation's overall industrial production increased 0.7 percent in November from the previous month, compared with a 0.1 percent on-month fall in October, according to the data compiled by Statistics Korea.

Compared with a year earlier, the industrial output fell 0.6 percent in November.

But retail sales dropped for the second straight month in November as people refrained from visiting offline stores amid tougher virus curbs. 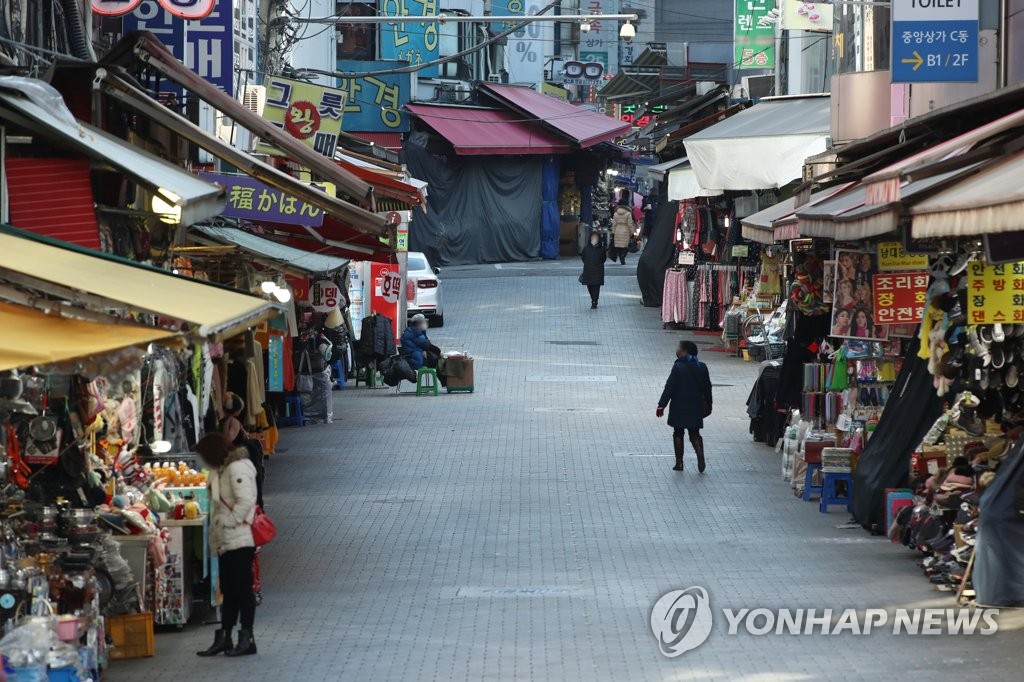 Retail sales fell 0.9 percent from a month earlier, compared with a 1 percent on-month decline in October, the data showed. From a year earlier, they fell 1.5 percent, marking the second straight month of an on-year decline.

On Nov. 24, the country raised social distancing guidelines by one notch to Level 2, the third highest in its five-tier system, in the Seoul metropolitan area for two weeks over a flare-up in virus infections.

Sales of food and other nondurable goods rose 1.3 percent on-month. But those of semidurable ones, including clothes, declined 6.9 percent, and durable goods, such as cars, dropped 0.9 percent, the data showed.

Sales of winter clothes declined amid tougher social distancing rules and relatively warm weather, according to the statistics agency.

Facility investment rose 3.6 percent on-month in November, a turnaround from a 3.2 percent fall in the previous month.

The country's industrial output, consumption and investment returned to growth in September following monthslong slumps amid the COVID-19 pandemic.

The statistics office said retail sales and the face-to-face service sector may shrink in December amid spiking COVID-19 cases.

"As (virus infections) have continued to flare up since November, uncertainty heightened for December," Ahn Hyung-jun, a senior Statistics Korea official, said at a press briefing.

On Dec. 8, South Korea tightened its virus curbs to Level 2.5, the second highest, in the Seoul metropolitan area, home to half of its 51.6 million population, and Level 2 in the rest of the country.

Meanwhile, the two main indexes gauging the current economic situations and the future ones rose in tandem for the sixth straight month in November, the longest streak since the 1997-98 Asian financial crisis, the data showed.

The so-called cyclical component of the composite coincident index, which reflects current economic situations, rose by 0.5 point on-month to 98.8.

The cyclical component of the composite leading index, which predicts the turning point in business cycles, advanced by 0.7 point on-month to 102.5, on improving consumer sentiment, according to the agency.

But Statistics Korea cautioned against reading into the data too much, as economic uncertainty stemming from the pandemic would make it harder to predict the pace of an economic recovery.

Economic data indicated an uneven economic recovery, as the country's exports are improving, while private consumption remained weak amid the protracted pandemic.

In November, South Korea's exports grew 4 percent on-year on the back of strong sales of chips, rebounding for the first time in two months.

Asia's fourth-largest economy grew at a faster-than-estimated pace of 2.1 percent on-quarter in the third quarter on a recovery in exports, marking the first quarterly growth after two quarters of contraction.

The Bank of Korea (BOK) revised up its 2020 growth outlook to a 1.1 percent contraction from its previous forecast of a 1.3 percent retreat. The finance ministry also expects the Korean economy to retreat 1.1 percent for this year.