SEOUL, Dec. 30 (Yonhap) -- Now that one player is off the board, another player hopes to join him soon.

The second posted player, NC Dinos' outfielder and designated hitter Na Sung-bum, has until 5 p.m. Eastern Time on Jan. 9 to land a big league deal. If Na is unable to sign by then, he must return to the Dinos and can't be posted again until November next year. 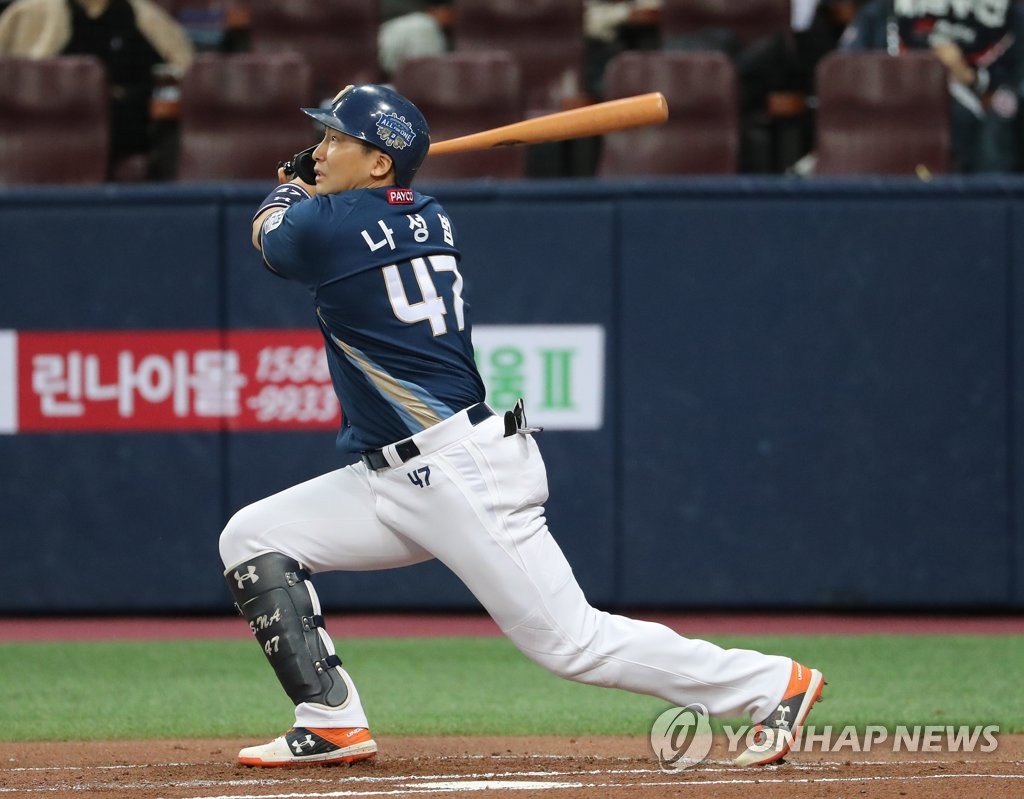 Under the new posting system, any MLB club interested in posted players can make an offer. In the past, teams had to put in a bid in a silent auction, with the winner earning exclusive negotiating rights to the posted player.

Informed industry sources told Yonhap News Agency that Kim Ha-seong received three offers before choosing San Diego. There were rumors that he had fielded multiyear deals from as many as six clubs. Their veracity aside, the point is there was enough buzz around Kim well ahead of Monday. 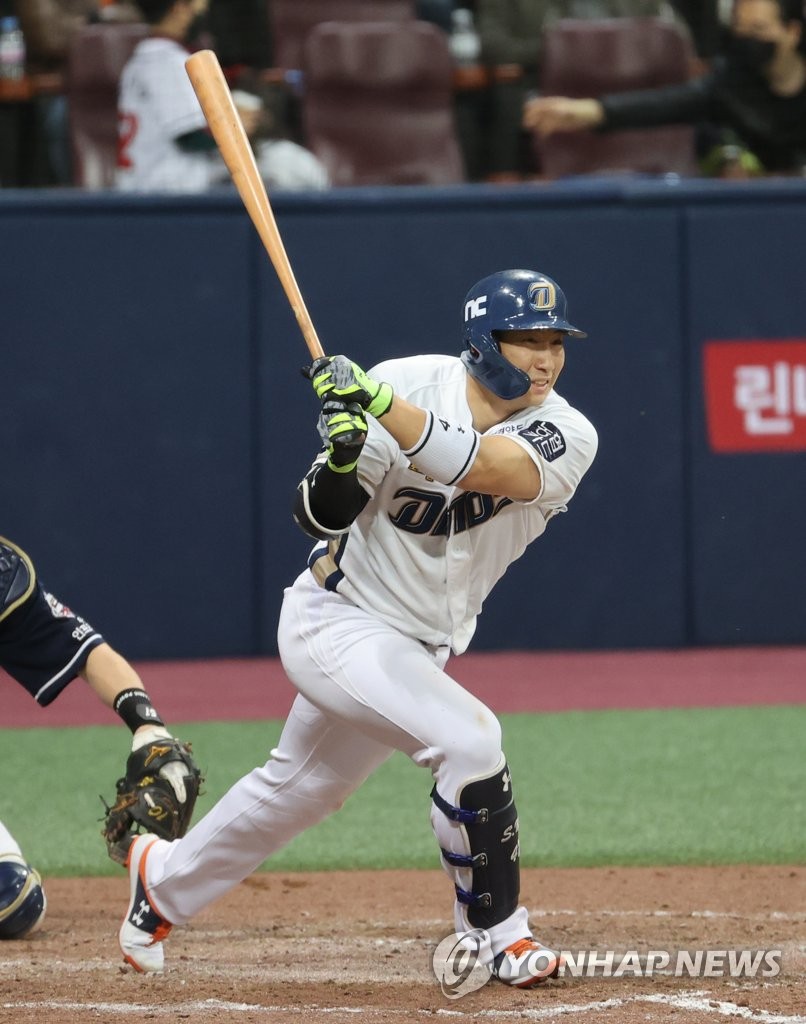 When Toronto Blue Jays' South Korean pitcher Ryu Hyun-jin almost nonchalantly told the media here on Dec. 8 that he'd recently had dinner with Kim, the Blue Jays quickly became the frontrunner in the Kim sweepstakes. And their fan base became abuzz with excitement and anticipation. It didn't seem to matter that the dinner might just have been a casual outing between friends. And the Blue Jays were reportedly in the race for Kim until the last minute.

For what it's worth, Ryu also said in that same Dec. 8 interview that he would try to meet Na before the posted player traveled to the United States. That curiously didn't get much play, even though Ryu and Na are both represented by uber-agent Scott Boras. And no club has emerged as a front-runner so far. Na hasn't found himself in the rankings of top free agents compiled by major U.S. publications, whereas Kim got his name into the top 10 or top 20 in the same rankings.

Kim put up similar numbers as Na, batting .306/.397/.523 with 30 home runs, 109 RBIs and 111 runs scored. Kim did play a more demanding position at shortstop and also handled third base, while Na only appeared in 50 games in right field.

The mantra that "age is nothing but a number" may not apply here. Kim is 25 years old, young enough that he may not even have reached his prime and that he can still learn to play a new position, either at second base or in the outfield, on the stacked Padres roster. Na turned 31 two months ago, and he is older than many players with the similar amount of pro experience because he came out of a four-year university. Na's recent injury history may also make clubs hesitant to go after him, while Kim has been the more durable of the two.

Another red flag on Na may be his penchant for strikeouts.

This year, Na had the third-most strikeouts in the KBO with 148. His strikeout rate -- the total number of strikeouts divided by plate appearances -- was a career-worst 25.3 percent this season.

If he's striking out so much against KBO pitching, which is clearly inferior to big league pitching, then how is he going to survive in the majors?

That may be the question that MLB teams may be asking as they try to decide if Na is worth their investment. 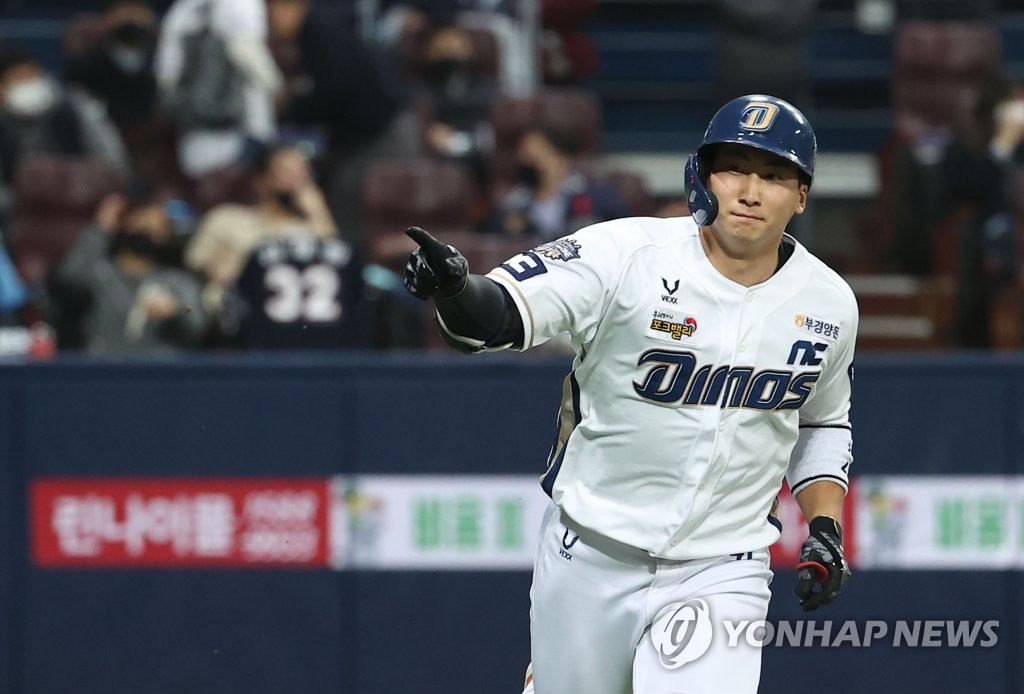