Earlier this month, the justice ministry suspended Yoon from duty for two months over four counts of alleged misconduct, including the surveillance of judges hearing cases involving former Justice Minister Cho Kuk and some presidential officials. 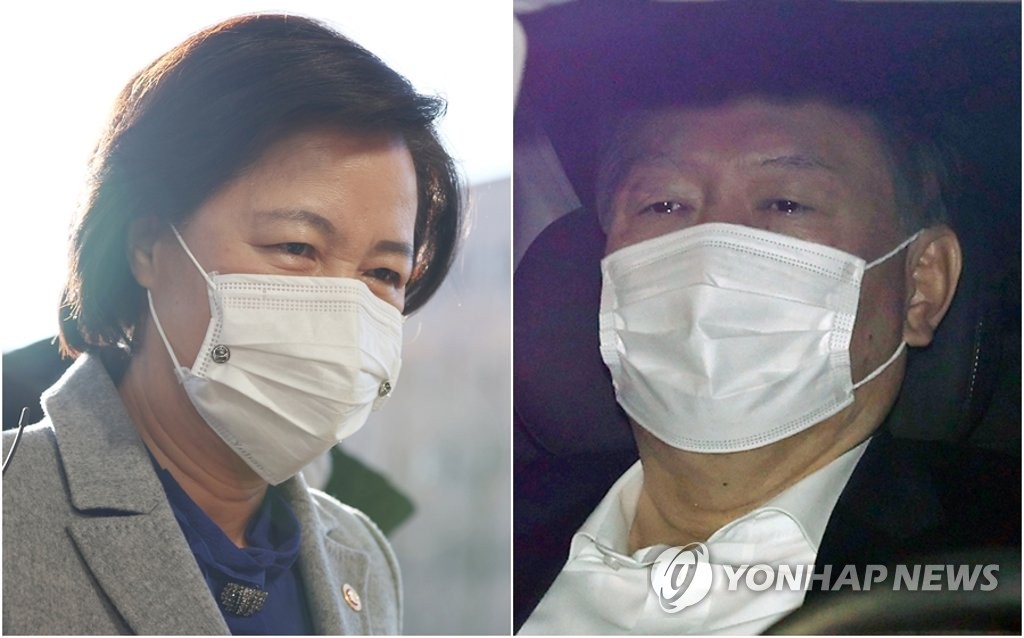 Yoon filed for an injunction and the Seoul Administrative Court granted it last Thursday. The prosecutor general has returned to work pending the results of a separate administrative lawsuit he has filed over the suspension.

"In consideration of the concerns about confusion and public division that could result from seeking an immediate correction through an appellate trial, I have decided it would be more responsible to do my best to right (the wrong) through the original suit," Choo said in a ministry notice.

"As the minister who requested disciplinary action against the prosecutor general, I feel deeply sorry for causing great confusion to the people," she added.

The injunction amounted to a setback for Choo, who has been at odds with Yoon for months over prosecution reforms and politically sensitive investigations.

President Moon Jae-in, who had endorsed Yoon's suspension, also apologized to the nation on Friday for causing "inconvenience and confusion."

He added that he "respects" the court's decision.

Choo, however, argued that the court cited reasons that were "difficult to accept" for the ministry, such as "procedural flaws" in the disciplinary process, which she said are subject to dispute.