He was initially sentenced to five years in prison in 2017 but freed the following year after an appellate court reduced the term to 2 1/2 years, suspended for four years.

In the retrial held at the Seoul High Court, prosecutors said Lee deserves nine years in prison, given Samsung's position and the example his imprisonment would set for the nation. 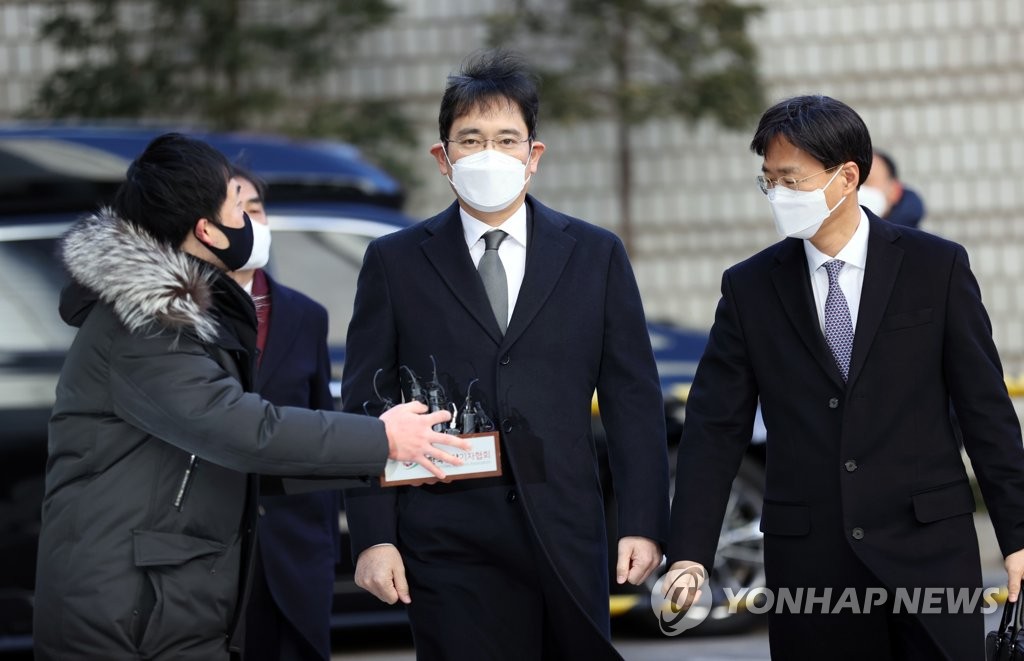