The 2,800-ton Gyeongnam ship features stealth design and is equipped with a towed array sonar system (TASS) and long-range anti-submarine torpedoes, which improves its detection and strike capabilities, according to the Defense Acquisition Program Administration (DAPA).

The vessel has been built by Daewoo Shipbuilding & Marine Engineering Co. since 2016 as a second frigate under the country's Batch-II new frigate acquisition project. The first one is the frigate Daegu, which was delivered to the Navy in 2018.

"We are working to construct six more frigates of this second batch version and plan to deliver them to the Navy by 2023," a DAPA official said. 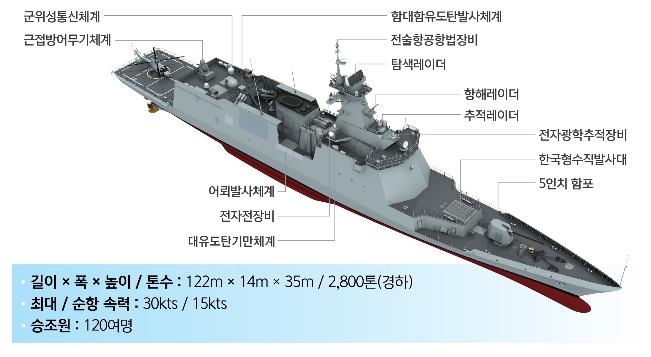