Ban made the call in his pre-released New Year's speech posted on his foundation's website, as U.S. politicians and other critics voiced concerns that the ban could hurt freedom of expression and efforts to deliver outside information into the reclusive state.

Lawmakers from the ruling Democratic Party and its supporters argued that the ban is necessary to protect residents in the tense border region where the leaflets were released and that external criticism has amounted to "interference in internal affairs."

"Human rights are not an internal affair but a universal value of humankind. The law has invited criticism from the international community that it is an 'anti-human rights act' that succumbed to North Korea's demands," Ban said in the speech.

"I cannot help but feel miserable that our country is facing criticism from home and abroad due to the human rights issue. (South Korea) should rectify it with the right measures," he added, stressing his stint at the U.N. helm from 2007-2016 had focused on promoting human rights around the world. 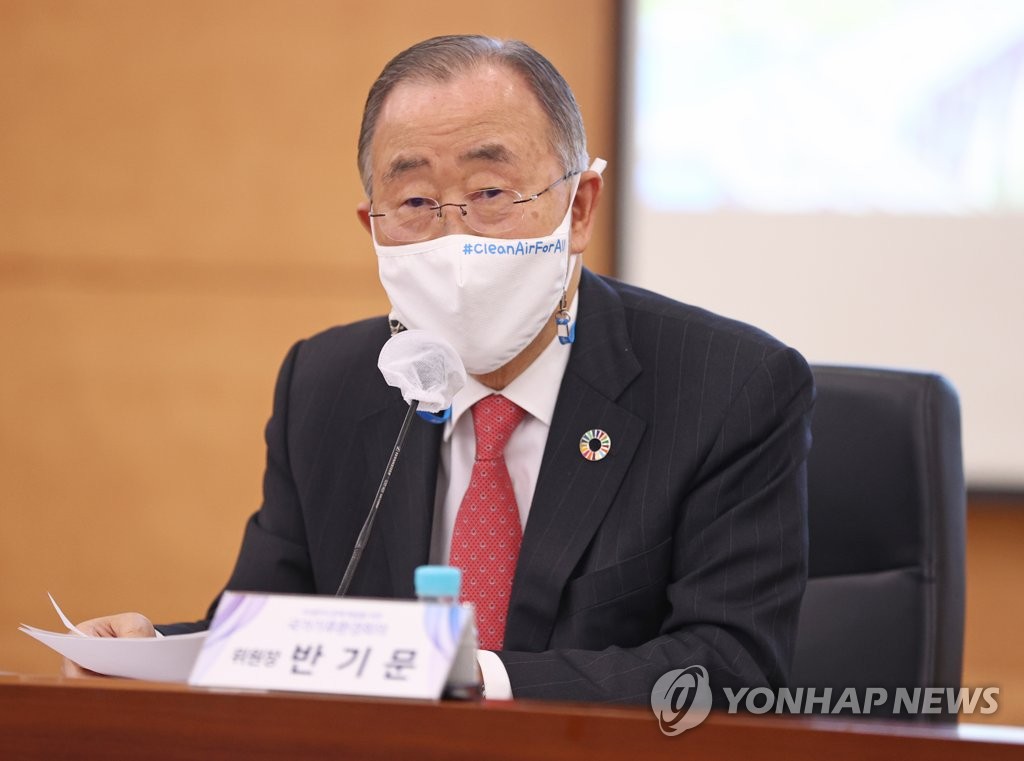 Touching on next month's launch of the U.S. administration of Joe Biden, Ban stressed the need for Seoul to seize it as a turning point to further cement the South Korea-U.S. alliance and make progress for peace on the divided peninsula.

"We should refrain from words and deeds that belittle the value of the alliance or hurt the security," he said.