SEOUL, Jan. 1 (Yonhap) -- North Korean leader Kim Jong-un extended New Year's greetings in a short letter to the people Friday, apparently skipping his trademark address on the first day of the year ahead of a rare party congress expected to take place soon.

"I sincerely wish all the families across the country greater happiness and beloved people, good health. In the new year, too, I will work hard to bring earlier the new era in which the ideals and desires of our people will come true," Kim said in the letter carried by the Korean Central News Agency.

"I offer thanks to the people for having invariably trusted and supported our Party even in the difficult times. Pledging once again that I will always remain faithful to the great people," he added.

It was the first time for Kim to send such a letter since taking office after his father and late leader Kim Jong-il died in late 2011. It also marked the first time that a North Korean leader sent New Year Day's greetings to his people since 1995. 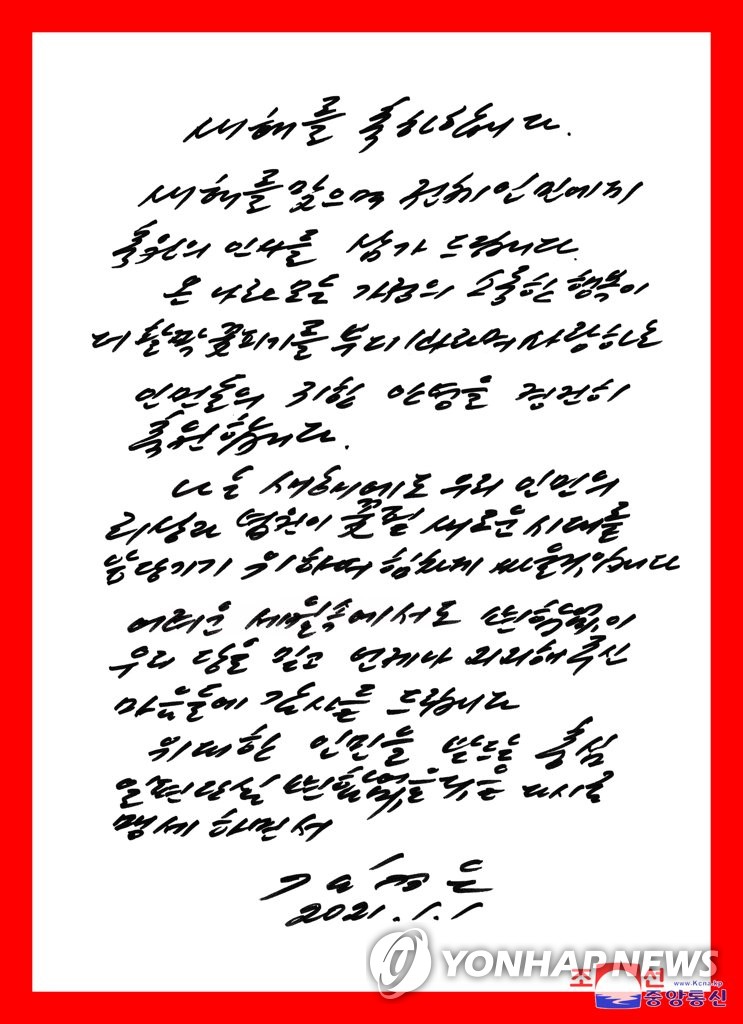 Kim has delivered a televised speech on Jan. 1 almost every year to put forth his annual policy plans and directions. The speech has been closely watched for signs of where the reclusive country could be headed for the following year.

Kim, however, skipped such an annual address early last year, replacing his message with a speech at a party meeting held late in the previous year.

Experts have said he could skip this year's address again because any message from the address could come as a distraction from what he is to announce during a party congress set to convene in early January for the first time in over four years.

At the upcoming party congress, the North is expected to unveil its new economic development scheme and could also disclose its new policy line on the United States and South Korea amid stalled denuclearization and frozen inter-Korean relations.

The North has not specified a date for the congress, but watchers say it will be held in the coming days since state media has reported that delegates participating in the congress have gathered in Pyongyang.

The KCNA also reported that Kim has paid tribute to the Kumsusan Palace of the Sun, where the bodies of his father Kim Jong-il and his grandfather and state founder Kim Il-sung lie in state, to mark New Year's Day.

Kim has visited the mausoleum every year on Jan. 1 since taking power, except in 2018. He was accompanied by top officials and a group of delegates who will participate in the upcoming congress, according to the KCNA. 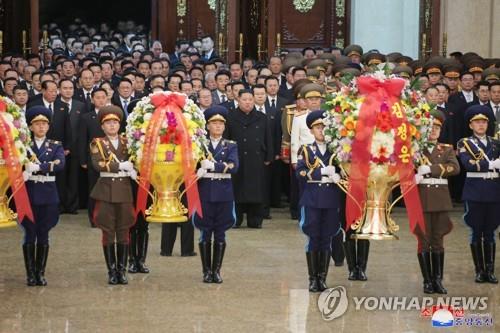