It is the first time that a South Korean president has flown on the airborne early warning and control (AEW&C) aircraft regarded as a core part of the South Korean Air Force, according to Cheong Wa Dae.

The E-737 Peace Eye took off with Moon aboard at around 6:30 a.m. from the military airfield in Seongnam, south of Seoul, after the president was briefed on details of the plane by Joint Chiefs of Staff (JCS) Chairman Gen. Won In-choul.

The aircraft flew for about two hours over South Korea's territorial sea and land, it added.

Later, Moon praised soldiers for training day and night to keep a high level of military readiness and thanked them for their sacrifice to keep the country safe and help people enjoy New Year's Day in peace, the presidential office said. 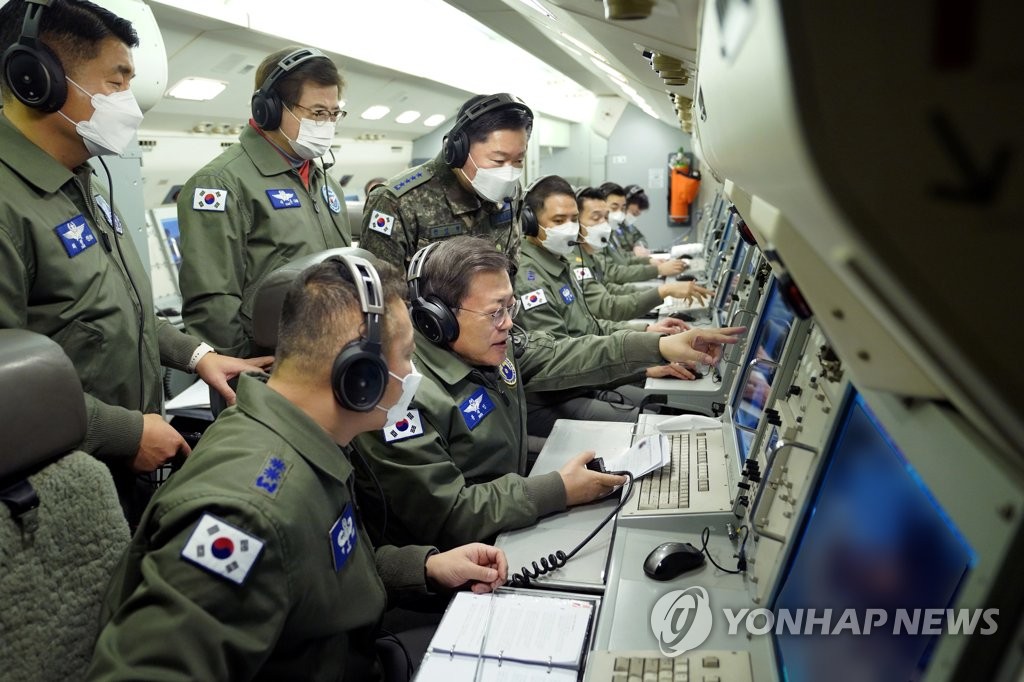