The country added 824 more COVID-19 cases, including 788 local infections, raising the total caseload to 62,593, according to the Korea Disease Control and Prevention Agency (KDCA). It reported 25 additional deaths from COVID-19, raising the death toll to 942.

The latest infection count marked a decrease from 1,029 cases Friday. The country logged 807 cases Monday, 1,045 cases Tuesday, 1,050 cases Wednesday and 967 cases Thursday. Over the past seven days, the daily tallies have hovered around 1,000.

The drop in new cases appears attributable to less testing. On Friday, 53,540 people received COVID-19 tests, compared with 101,176 on Thursday.

The Central Disaster and Safety Countermeasure Headquarters decided to extend the current Level 2.5 distancing measures -- the second highest in the five-tier scheme -- for the greater Seoul area and Level 2 for the rest of the country until Jan. 17.

South Korea also decided to apply the ban to private gatherings of five or more people, which has been in place for the greater Seoul area, to the rest of the country.

The authorities opted not to raise distancing to the highest level in consideration of its impact on the local economy, as the single-day virus tallies have hovered around 1,000 without a sudden upsurge -- an apparent sign that social distancing measures are paying off.

"In consideration of the fact that we have maintained our quarantine and medical response capabilities as of yet, and in consideration of the potential shock to the economy, we will not raise the scheme to Level 3, which involves a ban on the operation of facilities used by many people," Health Minister Kwon Deok-cheol told a press briefing.

"We will make our best efforts to mobilize pan-government capabilities to restore citizens' normal lives," he added.

The authorities struggled to avoid resorting to the most stringent distancing level, which would mean serious restrictions on millions of small merchants and other businesses. 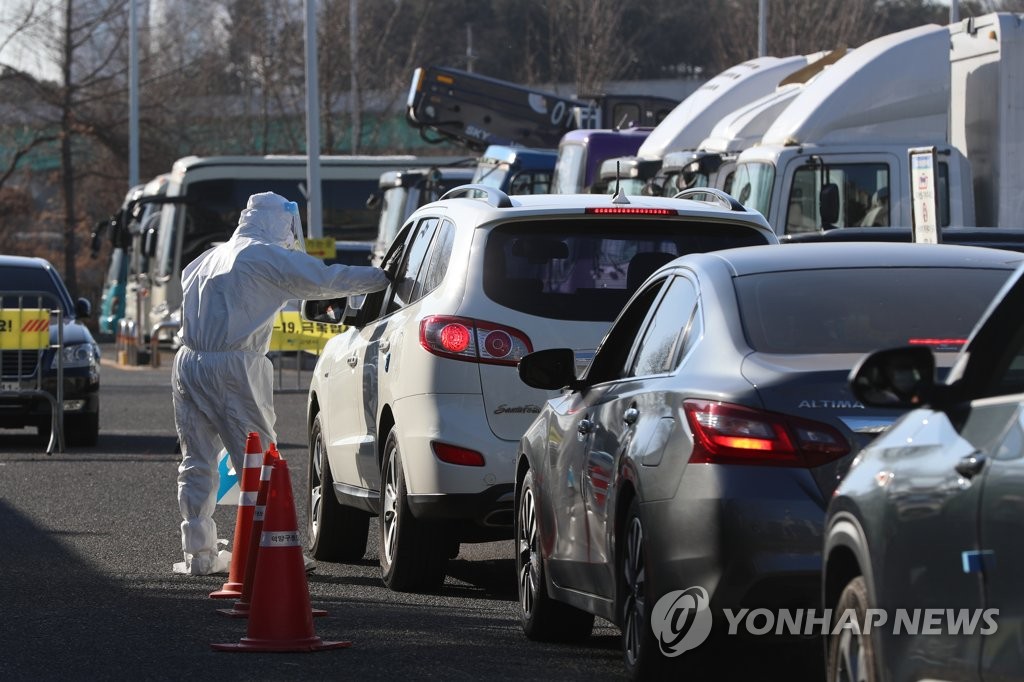 The latest single-day tally included 36 imported cases. Among them, the authorities confirmed four more cases of a highly transmissible COVID-19 variant from Britain, as well as another variant case from South Africa.

Of the newly identified local infections, 246 cases were reported in Seoul and 222 cases in Gyeonggi Province that surrounds the capital. Incheon, west of Seoul, reported 70 more cases.

Amid no signs of the virus wave abating, the health authorities are set to make a decision on the social distancing guidelines.

The number of seriously or critically ill COVID-19 patients reached 361 on Saturday, compared with 354 from the previous day.

The total number of people released from quarantine after making full recoveries stood at 43,578, up 625 from the previous day.