SEOUL, Jan. 3 (Yonhap) -- South Korea's daily new coronavirus cases stayed below 1,000 for the second day in a row Sunday, largely due to less testing on the New Year's Day holiday, as health authorities kept tight vigilance with the extension of the current social distancing rules.

The country added 657 more COVID-19 cases, including 641 local infections, raising the total caseload to 63,244, according to the Korea Disease Control and Prevention Agency (KDCA).

Daily infections fell from 824 cases a day earlier. Over the past seven days, the nation's daily virus cases have hovered around 1,000.

Twenty people died from COVID-19 in the past 24 hours, raising the death toll to 962, with the fatality rate of 1.52 percent.

An additional 654 COVID-19 infections have been confirmed across South Korea from the start of Sunday till 6 p.m., according to health authorities and local governments.

The tentatively compiled figure was about 108 more than the tally registered during the same time period a day earlier. 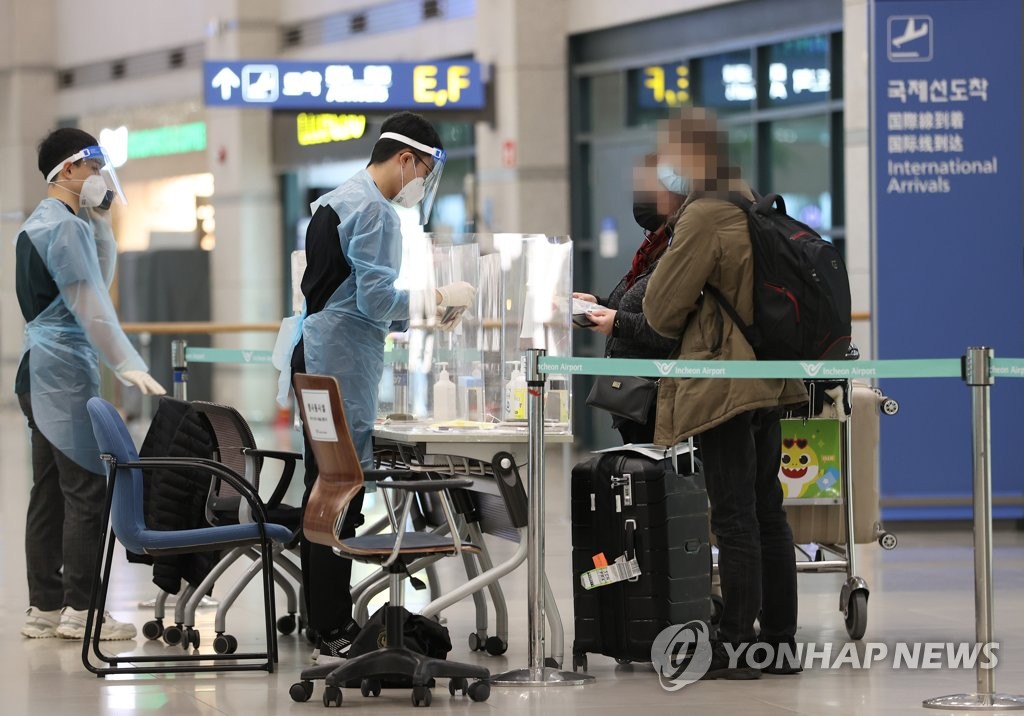 On Saturday, health authorities extended the current Level 2.5 distancing measures -- the second highest in the five-tier scheme -- for the greater Seoul area and Level 2 for the rest of the country until Jan. 17.

Gatherings of five or more than people have been banned in the greater Seoul area since Dec. 23. Restaurants face a fine if they allow gatherings of more than four people. The strongest-ever measures have been applied nationwide since Dec. 24 as well.

Ski resorts and other tourist spots were shut down to slow the spread of the virus during the New Year's Day holiday.

South Korea has been applying the Level 2.5 distancing rules in the greater Seoul area, home to half of its 51.6 million population, and Level 2 rules in the rest of the country.

The KDCA opted not to raise distancing to the highest Level 3 in consideration of its impact on the economy, as the daily virus tallies have hovered around 1,000 without a sudden upsurge -- an apparent sign that social distancing efforts are paying off.

As for the continuing spread of COVID-19, Prime Minister Chung Sye-kyun said the next two weeks will be a "decisive turning point" that could put the country on a path to COVID-19 proliferation or containment.

Health authorities said the recent resurgence appears to be subduing gradually, indicating that the daily caseload may decline down the road.

The KDCA said the daily average of local infections in the past seven days reached 931.9, down from 1,017 recorded between Dec. 20-26.

It added the nation's reproduction rate for COVID-19 went down from 1.11 to 1.0 last week.

"If we can curtail the spread of the virus as much as possible in January, we believe we can apply more aggressive quarantine responses in February with vaccinations," Sohn Young-rae, a senior health official, said in a press briefing.

Making the nation's battle against the pandemic more difficult, the country has reported nine cases of a new coronavirus variant first reported in Britain.

The KDCA said South Korea will require foreigners to test negative for the novel coronavirus before arrival, starting at airports next Friday.

Foreign arrivals must have a negative polymerase chain reaction (PCR) coronavirus test taken within 72 hours before their departure to South Korea, the KDCA said.

The rule for foreigners arriving at South Korean ports via passenger ships will be implemented through Jan. 15.

South Korea has struggled to avoid resorting to the most stringent Level 3 distancing level, which would mean serious restrictions on millions of small merchants and other businesses.

Even under Level 2.5, eateries and other shops have felt the pinch of social distancing. Restaurants can operate normally only until 9 p.m., after which, only takeout or delivery services are allowed, while cafes can only sell takeout beverages. 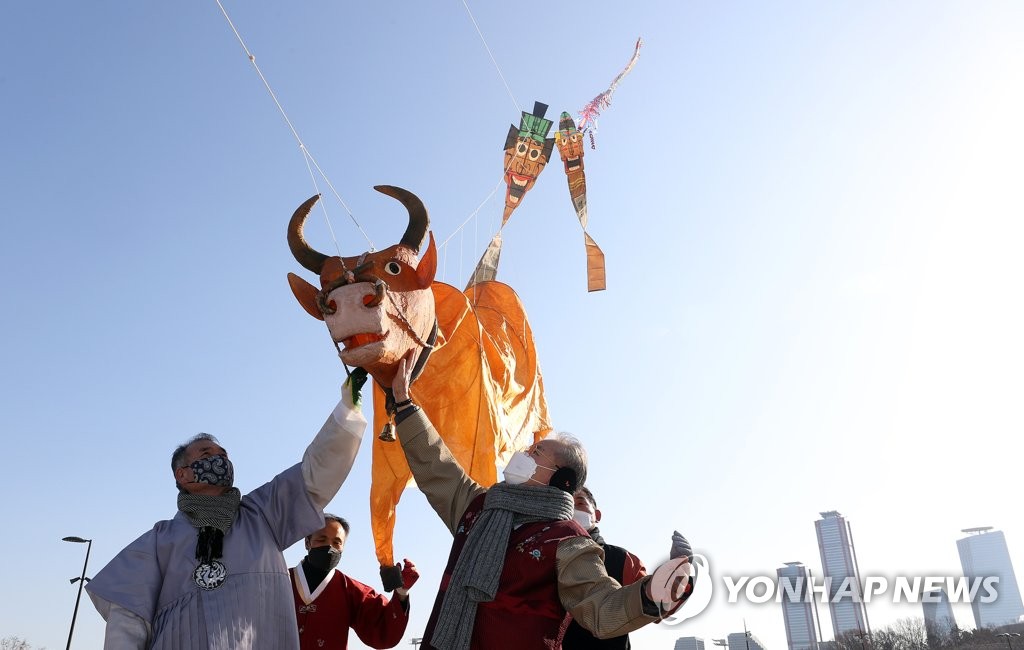 Of the newly identified local infections, 195 cases were reported in Seoul and 201 cases in Gyeonggi Province that surrounds the capital. Incheon, west of Seoul, reported 48 more cases.

The number of cases involving a Seoul prison facility jumped to 1,084 as of Sunday, while infections involving a logistics center in Icheon, 80 kilometers southeast of Seoul, at 97.

The authorities applied the Level 3 rules for local prison facilities for two weeks until Jan. 13 to stem the spread of the pandemic among inmates, outside visitors and the prison staff. Meetings with lawyers will be restricted and all employees will work on a reduced schedule.

The latest single-day tally included 16 imported cases, with cases from the United States at seven, cases from Asian countries, except for China, at five and four from Europe.

The number of seriously or critically ill COVID-19 patients reached 355 on Sunday, compared with 361 from the previous day.

The total number of people released from quarantine after making full recoveries stood at 44,507, up 929 from the previous day.

The government has secured more than 12,000 hospital beds for the treatment of virus patients, according to health authorities, which exceeds their previous target of 10,000 beds. Of them, 663 are reserved for critically ill COVID-19 patients.

"Currently, we have a medical system that can cope with the virus situation without a big problem even if more than 1,000 cases occur a day," Sohn said.

The pandemic, which emerged in China late last year, has killed more than 1.84 million people worldwide and infected nearly 85 million as of Jan. 2, according to a tally from Johns Hopkins University. 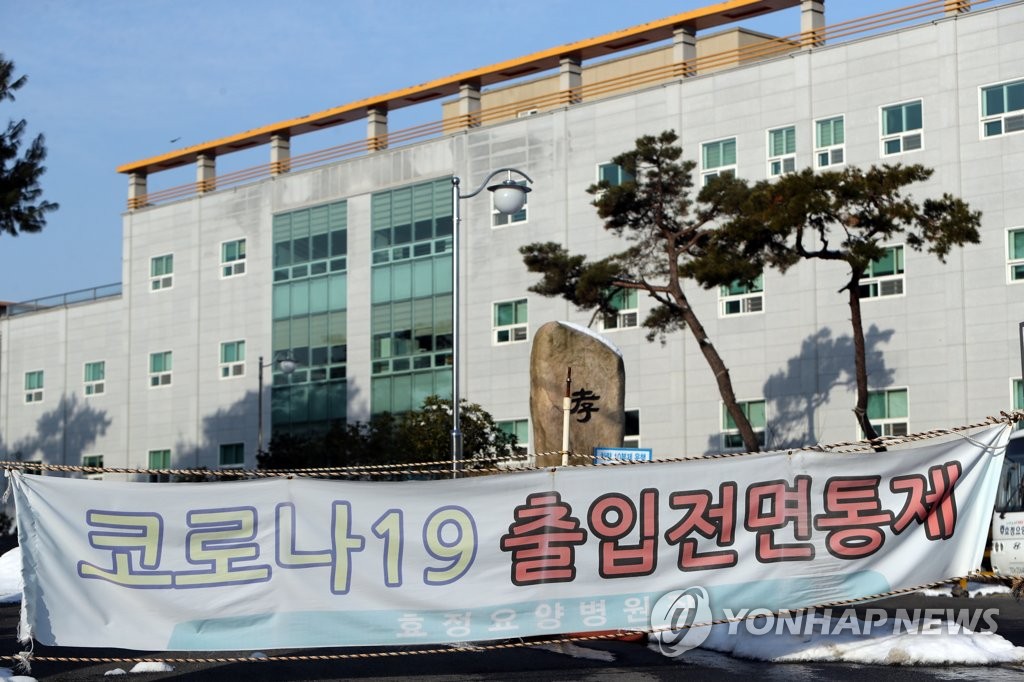