SEOUL, Jan. 4 (Yonhap) -- South Korea's daily new coronavirus cases bounced back to over 1,000 Monday due to soaring infections in a Seoul prison and care homes across the country, as well as continued community infections, despite extended tougher virus curbs.

The country added 1,020 more COVID-19 cases, including 985 local infections, raising the total caseload to 64,264, according to the Korea Disease Control and Prevention Agency (KDCA).

Monday's daily caseload marks a sharp rise from 657 on Sunday and 824 on Saturday, which declined due largely to less testing on the New Year's Day holiday. The average daily number of new cases stood at 941 over the past week.

Nineteen people died from COVID-19 in the past 24 hours, raising the death toll to 981. 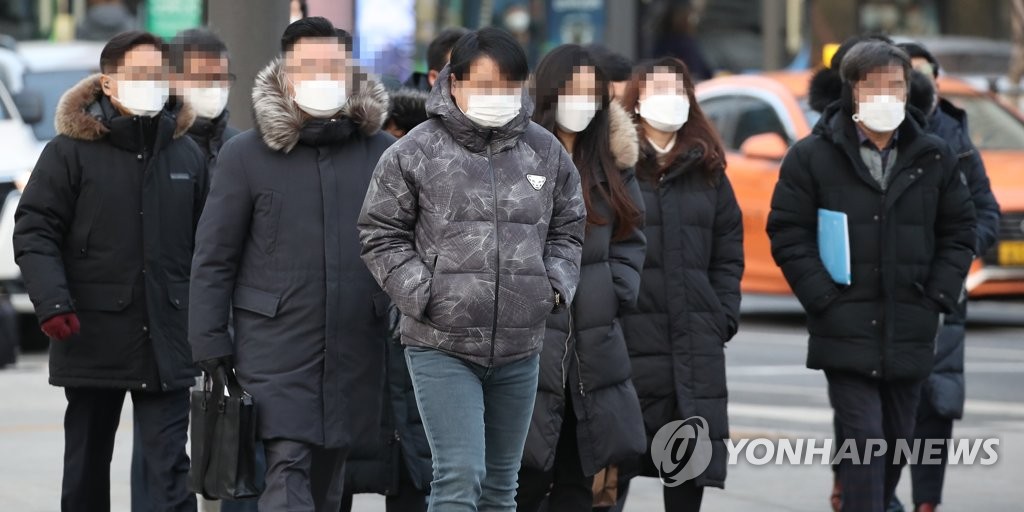 To cope with the largest-ever pandemic, health authorities on Saturday extended the Level 2.5 distancing measures -- the second highest in the five-tier scheme -- for the greater Seoul area and Level 2 for the rest of the country until Jan. 17.

South Korea also decided to apply the ban to private gatherings of more than four people, which has been in place for the greater Seoul area, to the rest of the country.

As the country has reported 10 cases of a more transmissible coronavirus variant first reported in Britain, officials are tightening restrictions on the entry of foreigners.

The average number of locally transmitted cases stood at 931.3 over the past week, down 8.4 percent from a week earlier, the KDCA said.

About 70 percent of them occurred in the Seoul metropolitan area, and care facilities were the largest sources of group infections, it noted.

A total of 149 patients has died over the past week, with those aged over 60 accounting for 98 percent of the deaths.

Health authorities said the virus curve has been slowly flattening but expressed worries over mass infections among elderly people living in care facilities.

In response to rising infections in nursing homes, the government will increase care workers to better take care of elderly or disabled people in such facilities. 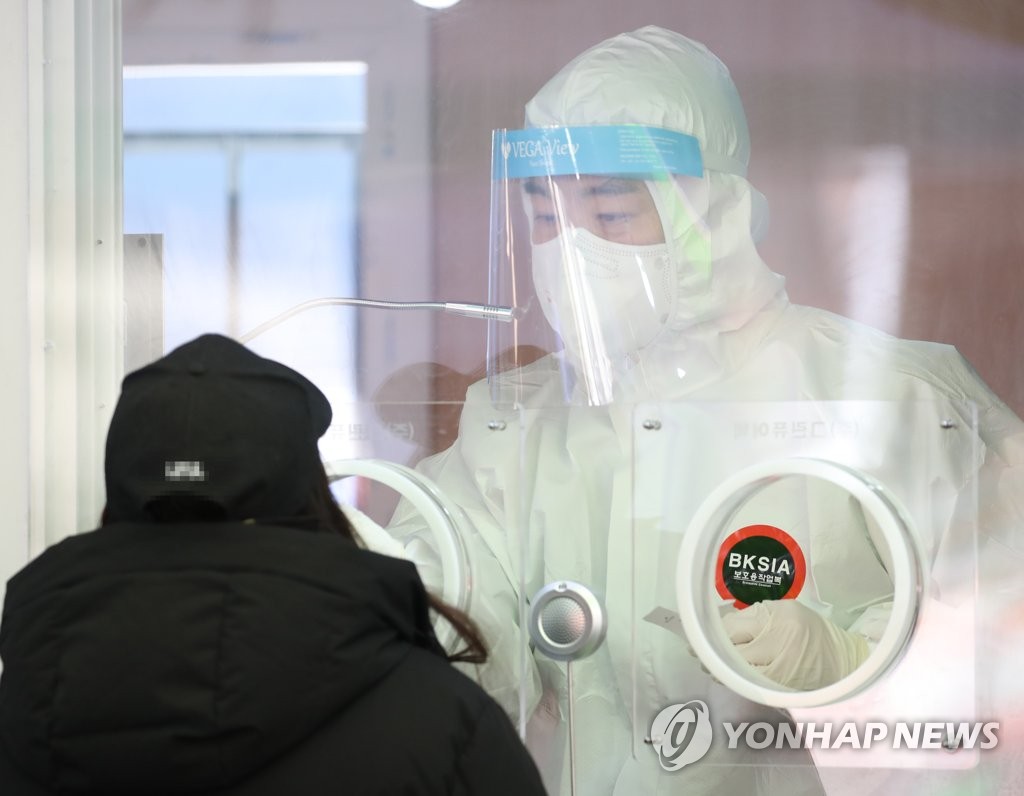 To slow down the fast spread of the virus, Prime Minister Chung Sye-kyun said the government will make the utmost efforts to start the vaccination program as early as next month.

"The KDCA will have to prepare all steps ranging from delivery, storage and inoculation to post-treatment once vaccines arrive here," Prime Minister Chung Sye-kyun said in a COVID-19 response meeting, ordering authorities to finalize the vaccination schedule within this month.

AstraZeneca's vaccines will be first shipped around February and March, followed by Janssen's and Moderna's in the second quarter of 2021 and Pfizer's in the third quarter, according to health officials.

The Ministry of Food and Drug Safety said it has started a review on the use of AstraZeneca's COVID-19 vaccines, which have been produced by local bio firm SK Bioscience Co.

The ministry will shorten the authorization review period, which usually takes over 180 days, to 40 days or less to get ready for vaccinations as soon as possible, Kim Sang-bong, a ministry official in charge of new medicine, said.

The vaccines are expected to be first rolled out to groups vulnerable to the virus, such as elderly people, care home residents and front-line health workers, then to the rest of the population in order of risk, including those who are clinically vulnerable. 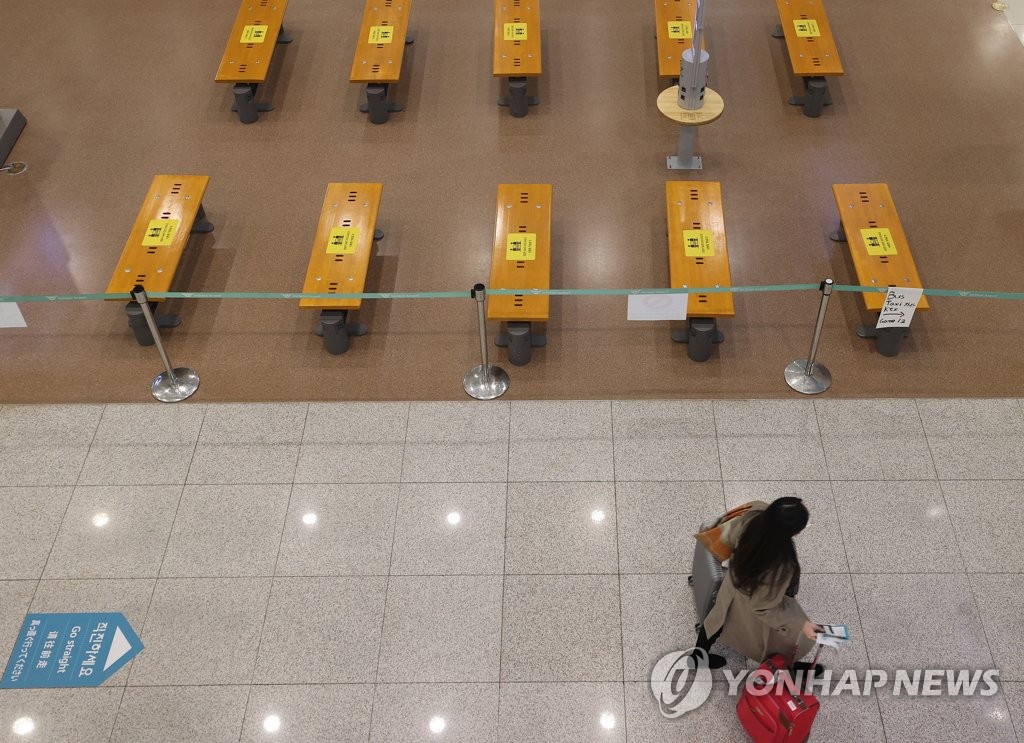 Of the newly identified local infections, 324 cases were reported in Seoul and 260 cases in Gyeonggi Province that surrounds the capital. Incheon, west of Seoul, reported 101 more cases.

A total of 126 new cases were linked to a prison in eastern Seoul, raising the total to 1,084.

The mass infections among inmates and employees prompted the authorities to apply Level 3 rules to restrict the entry of outside visitors and cut employees' working hours.

A nursing home and a facility for the disabled in the capital, as well as a logistics center in Icheon, 80 kilometers south of Seoul, also reported more cases and have nearly 400 so far.

The number of seriously or critically ill COVID-19 patients reached 351 Monday, compared with 355 from the previous day.

The total number of people released from quarantine after making full recoveries stood at 45,240, up 733 from the previous day.