He traveled between two local cities -- Wonju in Gangwon Province and Jecheon in North Chungcheong Province -- on the EMU-260 train a day before it is to be put into public service. EMU stands for electric multiple unit, and 260 is its running speed in kph. 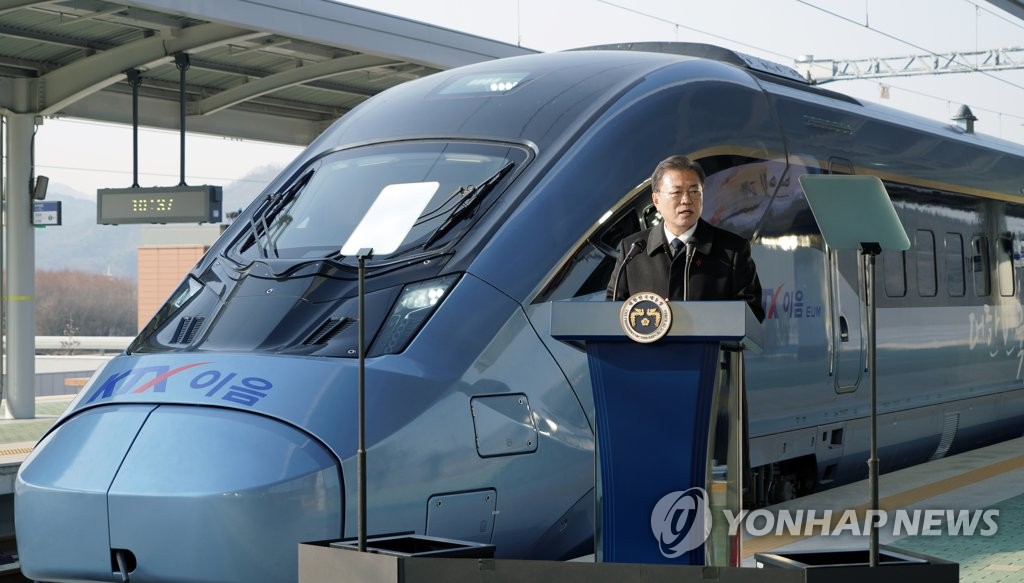 "Starting from tomorrow, this low-carbon, environment-friendly high-speed trail will begin a run. It represents the strong start of (a journey by) the Republic of Korea towards a leading country," he said during a speech at the Wonju Station, some 130km east of Seoul, just ahead of the ride.

Formally named the KTX-Eum, it is the first EMU train developed by South Korea. Consisting of self-propelled carriages using electricity as the motive power, it does not need a separate locomotive. Eum means link in Korean.

Its carbon dioxide emissions amount to around 15 percent of ordinary cars and 70 percent of diesel-powered locomotives, Moon noted.

He added South Korea plans to replace all of its passenger trains with those of the KTX-Eum class by 2029. It would enable the country to reduce greenhouse gas emissions to 165,000 tons in the target year from 235,000 tons in 2019. It is expected to bring about an effect equivalent to planting 10.6 million trees, according to Cheong Wa Dae.

The president stressed the importance of the railway system.

He added South Korea will "become a power in rail and other transit infrastructure," pointing out that the world's rail market size would reach 240 trillion won (US$221 billion) this year. The high-speed train market is growing at the annual average of 2.9 percent. 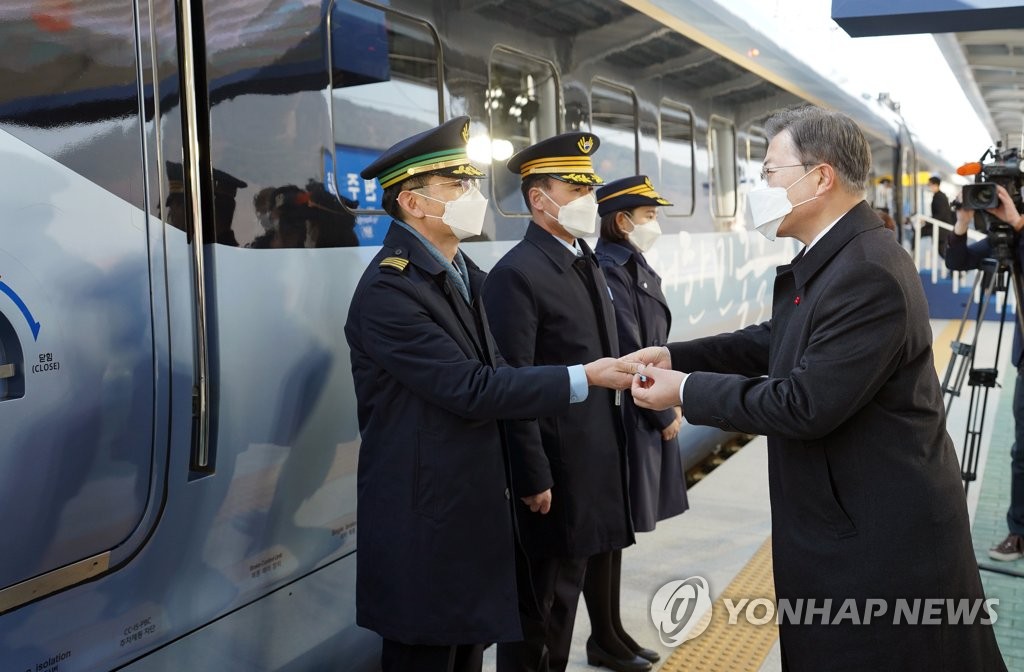 Moon vowed efforts for the exports of South Korea's train and railway technologies, plus the expansion of rail networks at home as part of efforts to accelerate balanced regional development.

By 2025, he said, the government will invest more than 70 trillion won into the sector in order to shorten travel time between major cities to less than two hours and commuting time in the Seoul metropolitan area to within 30 minutes.

South Korea is the world's fifth nation to produce a high-speed train with its own technology.

The president also mentioned the ongoing project to restore the Imcheonggak, the birthplace of Yi Sang-yong who is renowned for having led an independence movement against Japan's 1910-45 colonization of Korea.

Imcheonggak was destroyed in 1941, when Japan built a railway deliberately through part of the property.

Moon's office pointed out that the launch of the high-tech train service comes as his administration is pushing for the so-called Korean-version New Deal. It's intended to foster the nation's future growth by promoting digital innovation, green industries and balanced regional development. 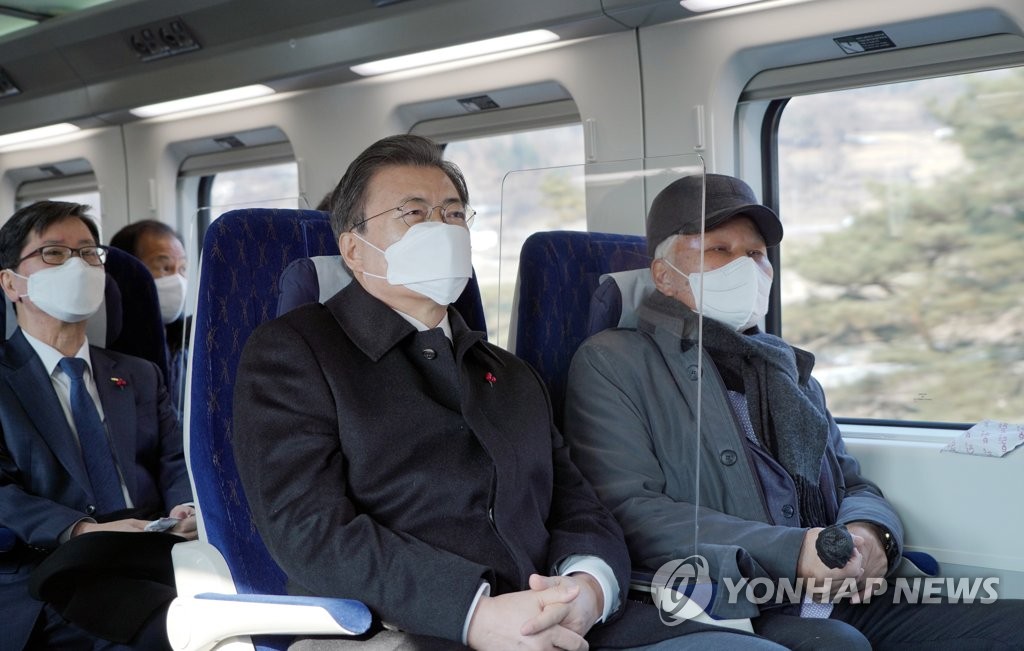