SEOUL, Jan. 4 (Yonhap) -- Hyundai Motor Co., South Korea's biggest carmaker by sales, said Monday it will suspend operations at one of its domestic plants this week to control inventories amid the COVID-19 pandemic.

Hyundai plans to suspend the Jeonju plant, which produces commercial vehicles, such as buses and trucks, from Monday through Friday due to weak demand for the models, the company said in a regulatory filing.

The Jeonju plant will resume operations on Jan. 11, the filing said.

Hyundai has adjusted production at its local plants since early last year when the coronavirus outbreak began to affect vehicle sales.

Last month, the company suspended the Asan plant, which produces the Sonata and Grandeur sedans, for two weeks through Jan. 6 due to weak sales of the Sonata sedan.

It has set a sales target of 4.16 million units for the year, which include overseas sales of 3.4 million units. 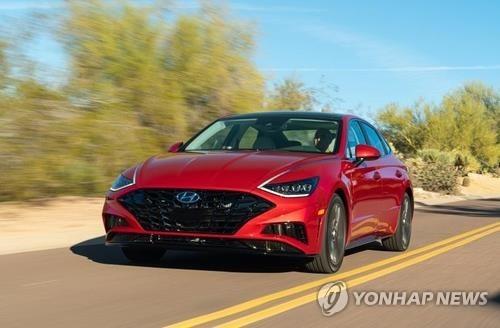 Hyundai to halt local plant this week for inventory control

Hyundai to halt local plant this week for inventory control