On Monday, Iran's Islamic Revolution Guards Corps seized the tanker, MT Hankuk Chemi, due to what Teheran claims to be environmental and chemical pollution by the ship.

The vessel, which was travelling from Saudi Arabia to the United Arab Emirates, was carrying 20 crewmembers -- five South Koreans, 11 Myanmarese, two Indonesians and two Vietnamese. 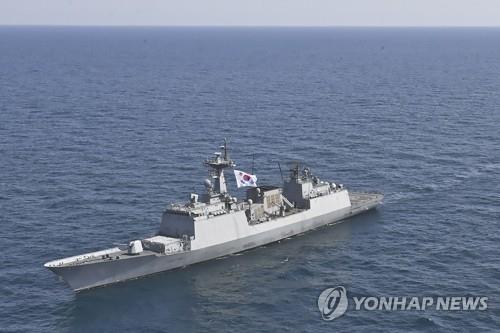 "Upon the seizure, we sent the Cheonghae Unit to the scene. It arrived in nearby waters earlier in the day and is conducting operations to deal with the situation," a defense ministry official said.

The 33rd contingent of the 300-strong Cheonghae Unit on the 4,400-ton destroyer Choi Young has been in waters off Somalia since late last year to conduct anti-piracy missions in the Gulf of Aden and the Hormuz Strait.

They have been in close coordination with a multinational naval force operating in nearby waters, the official added.

Foreign Minister Kang Kyung-wha said that South Korea is making diplomatic efforts for the swift release of the ship and crewmembers.

"We have been trying to figure out what happened through the Iranian Embassy in South Korea and the South Korean Embassy in Iran and continuing to make efforts to address this situation," Kang told reporters.

Asked about speculation that Tehran might have seized the ship out of anger over its assets frozen in Korea due to U.S. sanctions, Kang stressed the first priority is on "verifying the facts and ensuring the safety of the crewmembers."

On Monday, the U.S. State Department called on Iran to immediately release the tanker, saying that the seizure is part of Teheran's attempt to press the international community into lifting sanctions on the country. 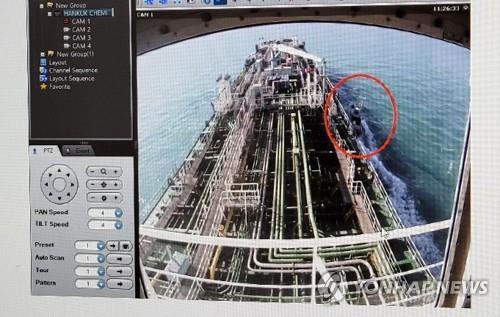