SEOUL, Jan. 5 (Yonhap) -- The chart-topping BTS hit "Dynamite" has rebounded to the fifth spot on the chart, the Billboard reported Monday (U.S. time).

The U.S. music magazine, which compiles the 100 most popular tracks of the week in the United States for the Hot 100, said the BTS track jumped 39 notches from 44th to fifth in the weekly chart dated Jan. 9.

The chart-topper this week for the Hot 100 was 24kGoldn's "Mood," which jumped from No. 7 to No. 1, followed by Ariana Grande's "Positions," which rebounded from No. 14 to No. 2, according to Billboard. 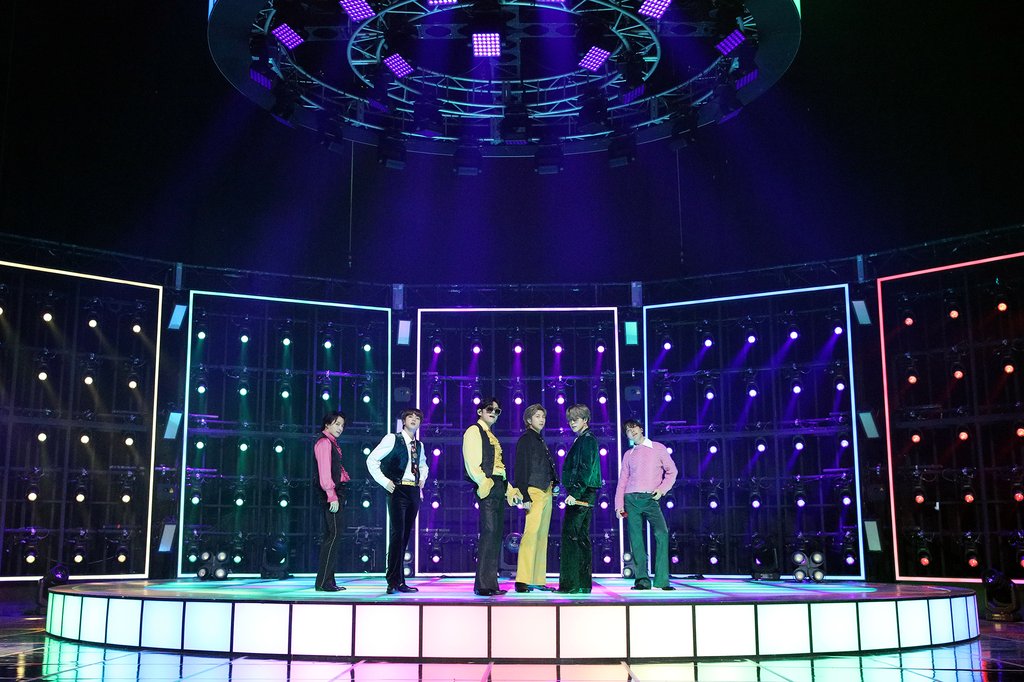 The Billboard also reported that "Dynamite" continued to dominate the Digital Song Sales chart for the 12th consecutive week, with sales shooting up 183 percent.

"Dynamite," an upbeat disco-pop track that was sung in English, has rewrote history in many ways. It earned the seven-piece band its first career No. 1 on the Billboard's main singles chart and has stayed there for 18 weeks, including three weeks at No. 1.

The septet also received its first Grammy nomination in the Best Pop Duo/Group Performance category with "Dynamite." The awards ceremony is slated for Jan. 31. 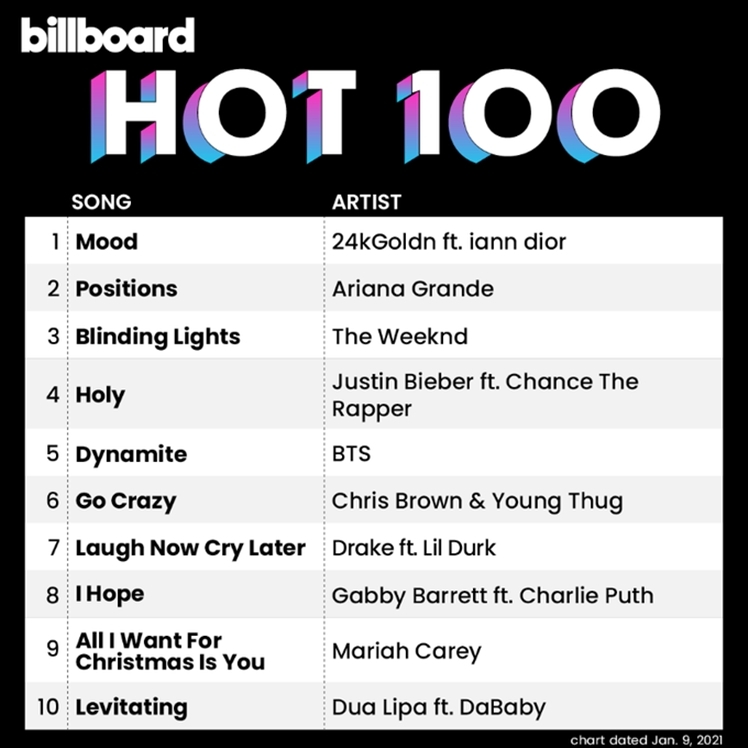 BTS hit 'Dynamite' rebounds to No. 5 on Billboard Hot 100

BTS hit 'Dynamite' rebounds to No. 5 on Billboard Hot 100