SEOUL, Jan. 5 (Yonhap) -- A growing number of gym owners have reopened their businesses this week in defiance of the government's coronavirus restrictions, claiming the rules are unfair and putting their livelihoods at stake. 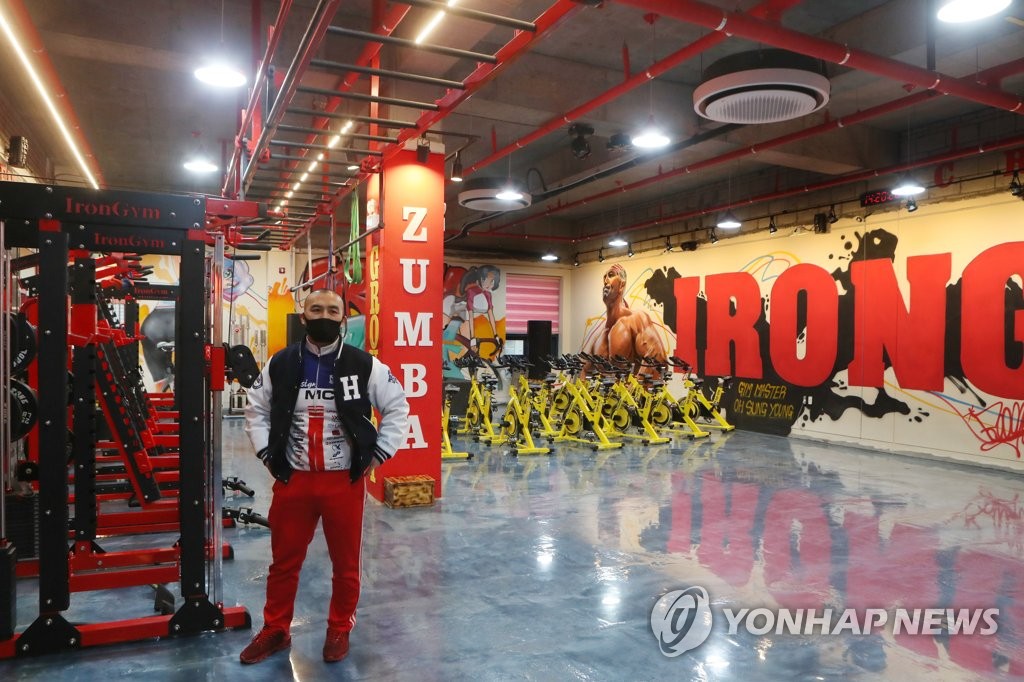 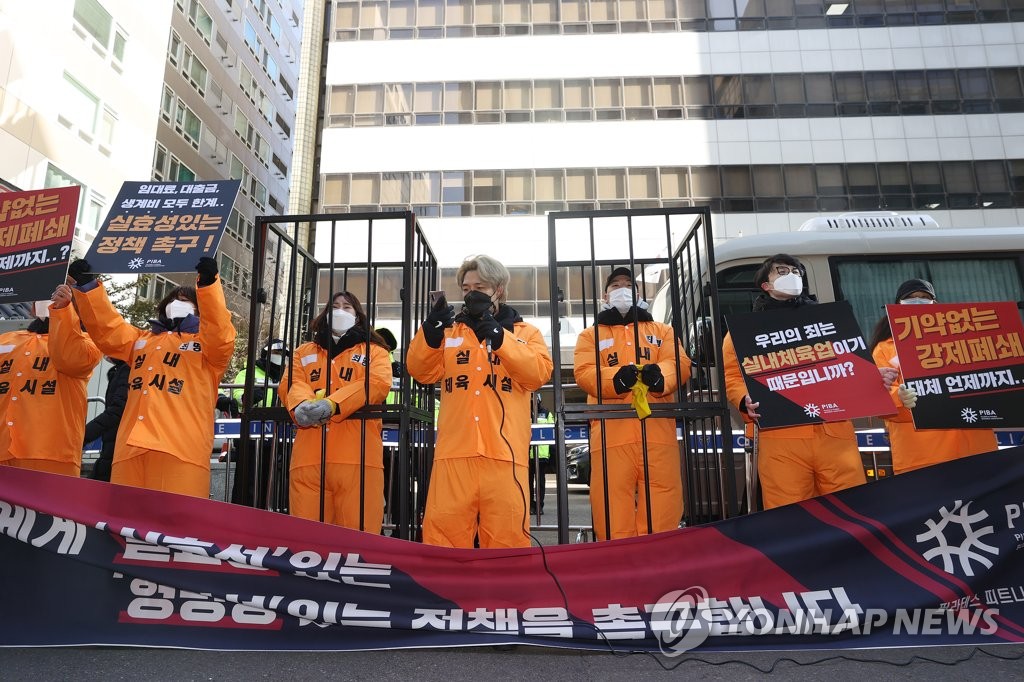 "A policy that applies different standards to the same type of indoor sports facility isn't fair," said Oh Seong-young, who runs a gym in Pocheon, 46 kilometers northeast of Seoul, and serves as the head of a gym owners' association.

"Gym operators reopened their businesses while following antivirus rules because we can't possibly continue to live like this," he said. The association estimated that more than 300 gyms in the capital area have already resumed business.

Oh reopened his gym Monday. By the afternoon, police officers and municipal workers stopped by to issue a warning, but he refused to close the facility.

The officers said they would return Tuesday and take the administrative steps mandated by law if the gym remained open. Business owners and customers who break antivirus rules can face fines of up to 3 million won (US$2,763) and 100,000 won, respectively.

Outside the headquarters of the ruling Democratic Party, representatives of the Pilates and fitness industry held a press conference Tuesday to demand equality.

They said indoor gyms have complied with the government's restrictions and even suspended their business voluntarily to help the country's fight against the virus. In return, the government has continued to impose an assembly ban on gyms but made exceptions for other businesses that defied the rules in previous rounds of restrictions, they said.

Gyms have been closed since Dec. 8.

A day before the reopening, Oh posted a message to Instagram calling on all small business operators in the capital area to join him in his campaign.

The message also poured blistering criticism on the government for leading the people to "starvation and death" by refusing to raise the social distancing scheme to the highest Level 3 to quickly contain the virus, while "complimenting itself" for its initial success in curbing infections. 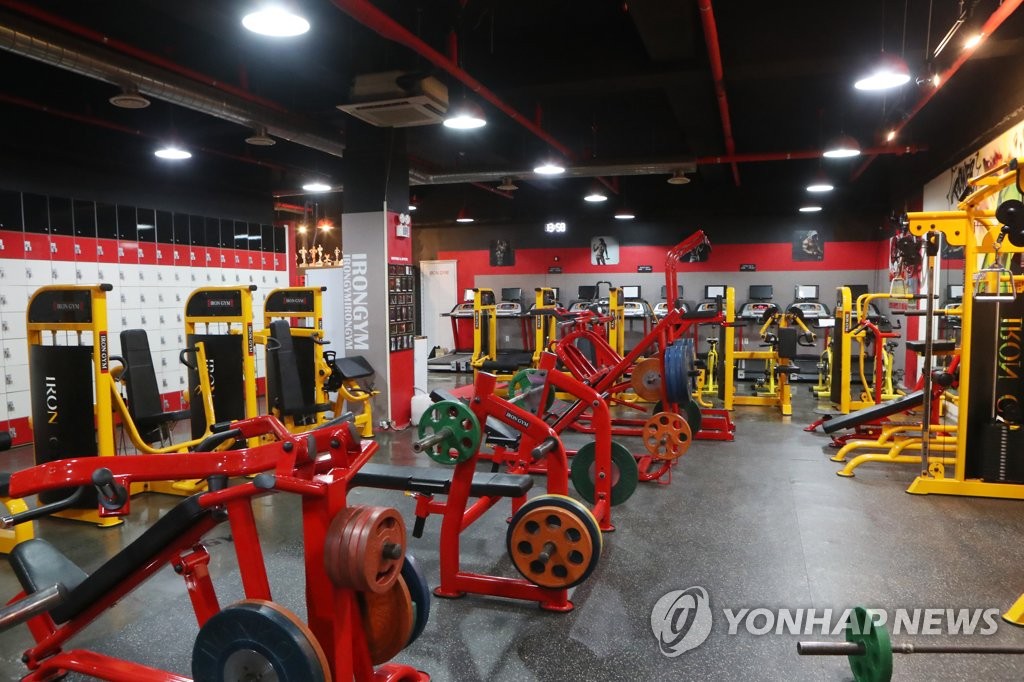 In the central Seoul ward of Yongsan, another gym operator, surnamed Ko, said Monday that he reopened his facility after four weeks and received around 20 customers in the morning alone.

"We're not allowing the use of showers, and all the customers are wearing masks while working out, so there is no risk of infection," he said. "Some customers who had been unable to exercise for a long time even thanked me for reopening my doors."

Another gym operator, surnamed Jeong, did not go as far as receiving customers, but he turned on the lights and music in a form of protest.

"Of course I feel it's unfair that taekwondo studios can open but gyms cannot," he said, as he sat alone in his gym in Mapo Ward, western Seoul.

"I think it would be better to lay down antivirus rules and punish those businesses that violate them, rather than forcing everyone to close," he added. 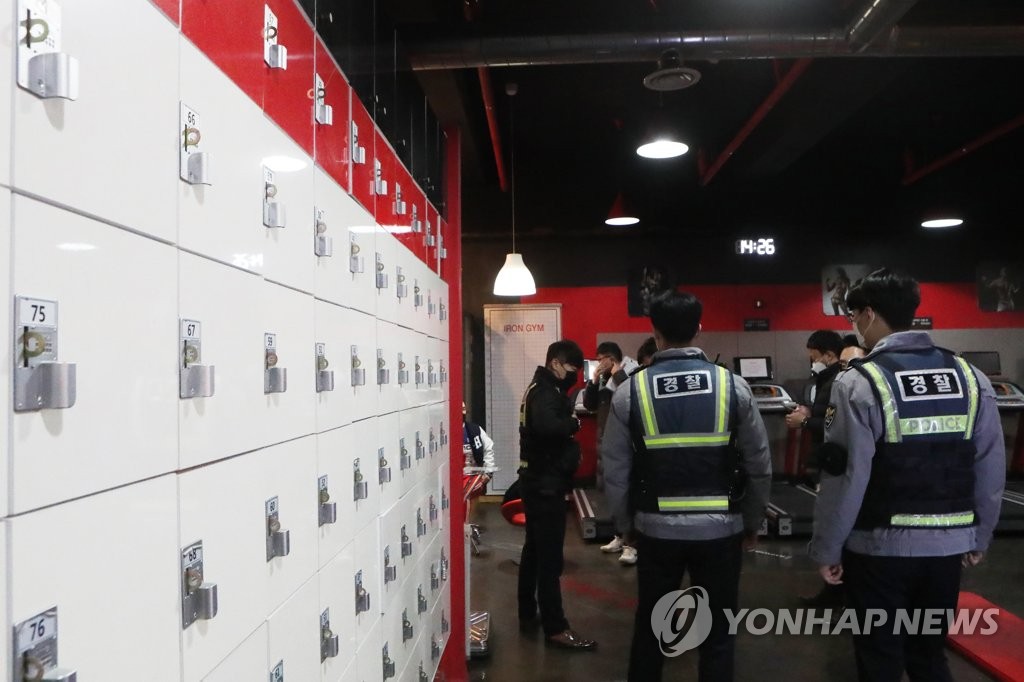 Some gyms covertly resumed one-on-one personal training sessions, but only during the daytime when the lights could be kept off.

At a press briefing Monday, Korea Disease Control and Prevention Agency Commissioner Jung Eun-kyeong acknowledged the complaints and admitted that adjustments will need to be made down the road.

Any adjustments, however, will likely come after the current social distancing phase ends on Jan. 17.

On Tuesday, the government sought to explain the difference between gyms and taekwondo and ballet schools.

"Indoor gyms are in closed spaces and have a tendency for strong discharges of (saliva), so it would be a stretch to put them in the same category as (taekwondo and ballet) schools," Son Young-rae, a health ministry spokesman, told reporters.

Moreover, he said, the schools serve a child care purpose and only children and teenagers have been allowed to use them.

South Korea has reported around 1,000 new coronavirus cases a day since mid-December, leading to stricter social distancing guidelines including a ban on private gatherings of five or more people.

On New Year's Day, a 50-something gym owner in Daegu, 302 kilometers southeast of Seoul, was found dead in an apparent suicide, according to police.

He left a note saying that he is sorry to his family.

Online commenters speculated that the financial strain caused by the business restrictions pushed him to take his own life. 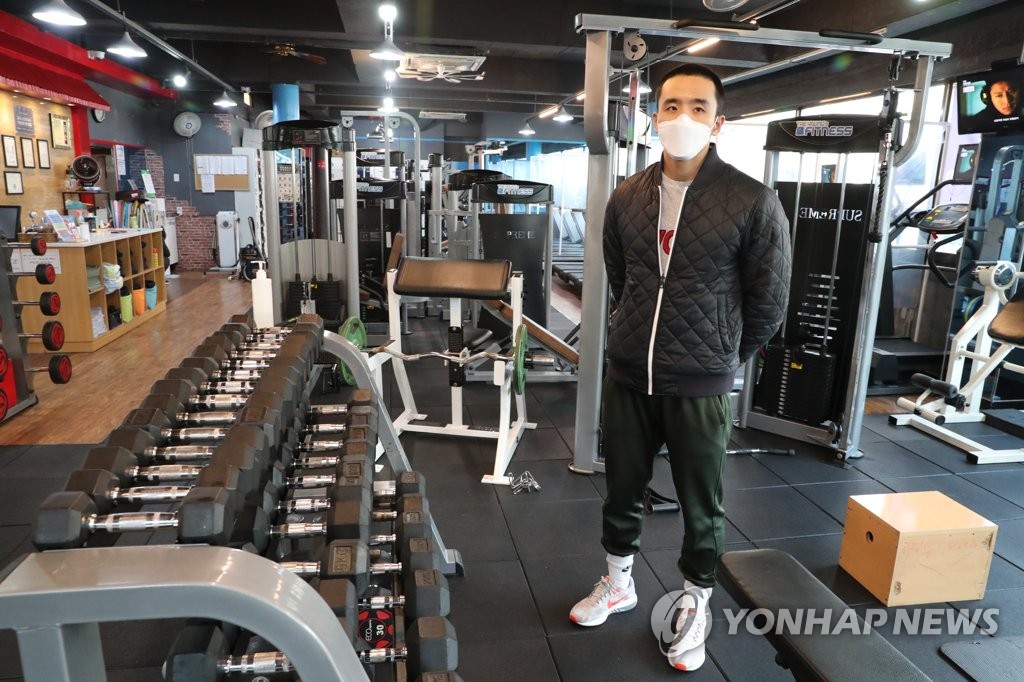 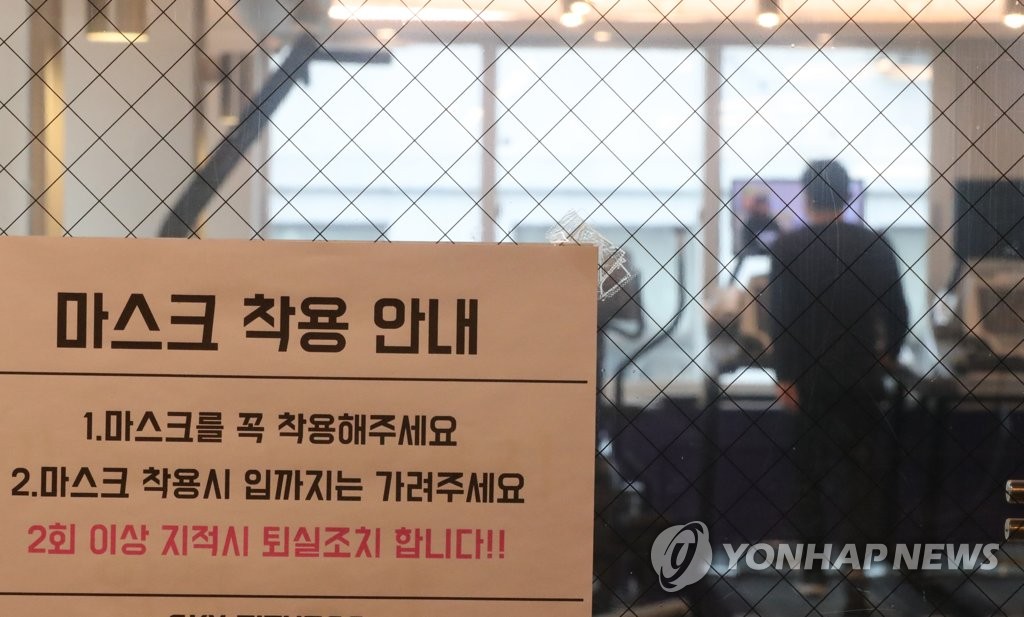