SEOUL, Jan. 5 (Yonhap) -- South Korea and Iran agreed Tuesday to work toward a diplomatic solution for this week's seizure of a Korean oil tanker in the Strait of Hormuz, a foreign ministry official said.

Fresh tensions appeared to flare up between the two countries after the vessel, MT Hankuk Chemi, was seized Monday by Iran's Islamic Revolutionary Guards Corps (IRGC) reportedly due to allegations of chemical pollution. The operator of the ship denied the allegations.

The vessel with five South Koreans, 11 Myanmarese, two Indonesians and two Vietnamese on board was traveling from Saudi Arabia to the United Arab Emirates. Iranian officials said they remain safe.

Koh Kyung-sok, director-general of the ministry's African and Middle Eastern affairs, met with Iranian Ambassador Saeed Badamchi Shabestari earlier in the day to discuss the issue. He voiced regrets and called for the early release of the ship and its crew members.

The two sides still shared an understanding that the matter should be resolved diplomatically, a ministry official said.

"That is what we agreed on with the Iranian ambassador during the meeting," the official said on condition of anonymity.

South Korea plans to dispatch a delegation to Iran to negotiate the release of the seized Korean oil tanker and its sailors. 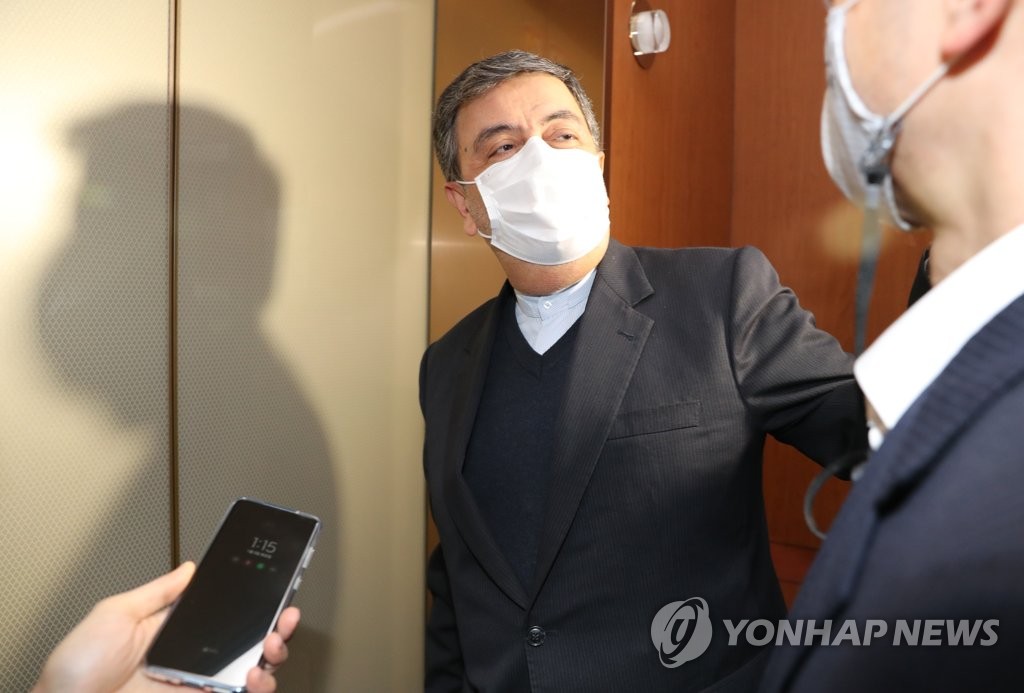 A foreign ministry official confirmed that the two countries and the U.S. have been in talks about using the Iranian money frozen at South Korean banks due to U.S. sanctions to purchase COVID-19 vaccines from a global vaccine procurement program.

"We received special approval from the U.S. Treasury for this and were planning to pay the proceeds through the COVAX Facility," the Seoul official said.

But Iran has not made a decision yet out of concerns that problems may arise from the process of wiring the money for the dollar conversion to purchase vaccines, the official added.

About US$7 billion worth of Iranian assets is locked in South Korean banks after Washington tightened sanctions against Tehran. In April last year, Seoul gained sanctions exemption from Washington for exports of humanitarian goods to Tehran.

Foreign Minister Kang Kyung-wha said Seoul is making every effort for the swift release of the ship and the crew members, while trying to figure out the situation and check the safety of the people aboard. 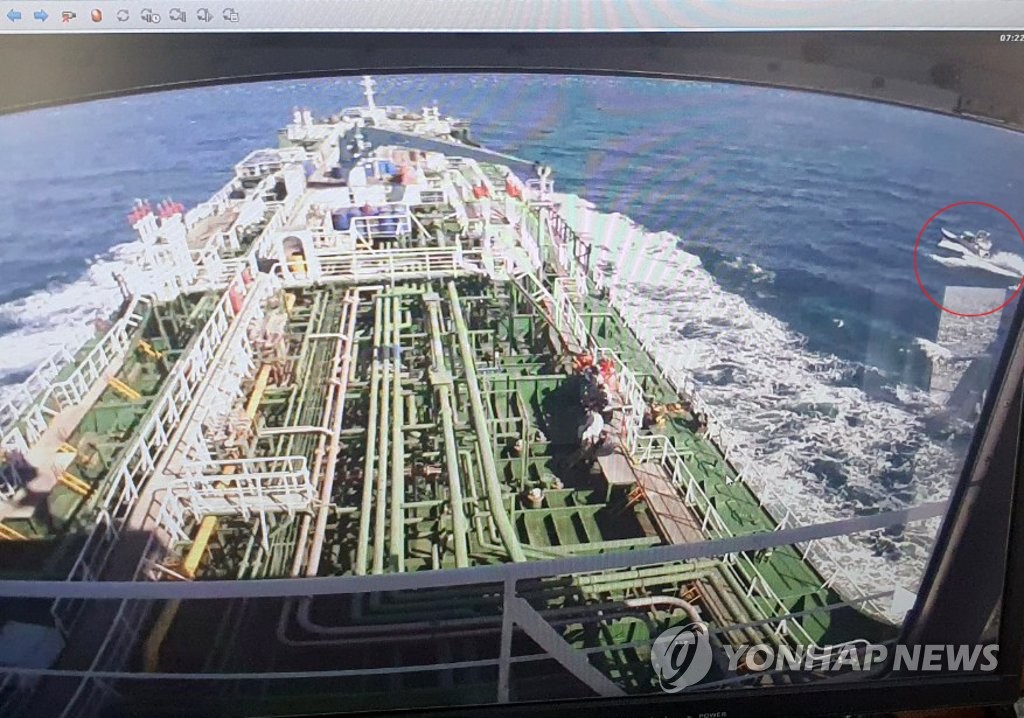