SEOUL, Jan. 5 (Yonhap) -- The drama film "Minari" has won four prizes, including best picture, from a U.S. film critics association, boosting hopes for an award at the upcoming Academy Awards.

It is the first time that Chung's semi-autobiographical film took a top prize during the ongoing award season in the run-up to the Oscars.

American actor Will Patton, who also stars in "Minari," was given the Ken Hanke Memorial Tarheel Award, honoring a film or performer with a special connection to North Carolina.

"Minari" depicts first-generation immigrants from Korea in pursuit of their own American dream from the point of view of a seven-year-old boy named David (Alan Kim) and his parents, Jacob (Steven Yeun) and Monica (Han Yeri).

The film has emerged as a contender at the Academy Awards, to be held in April, since winning the jury and audience awards at this year's Sundance Film Festival.

In particular, actress Youn has been leading the race for best supporting actress, grabbing multiple trophies from the Alliance of Women Film Journalists, the North Carolina Film Critics, the Los Angeles Film Critics Association and others. 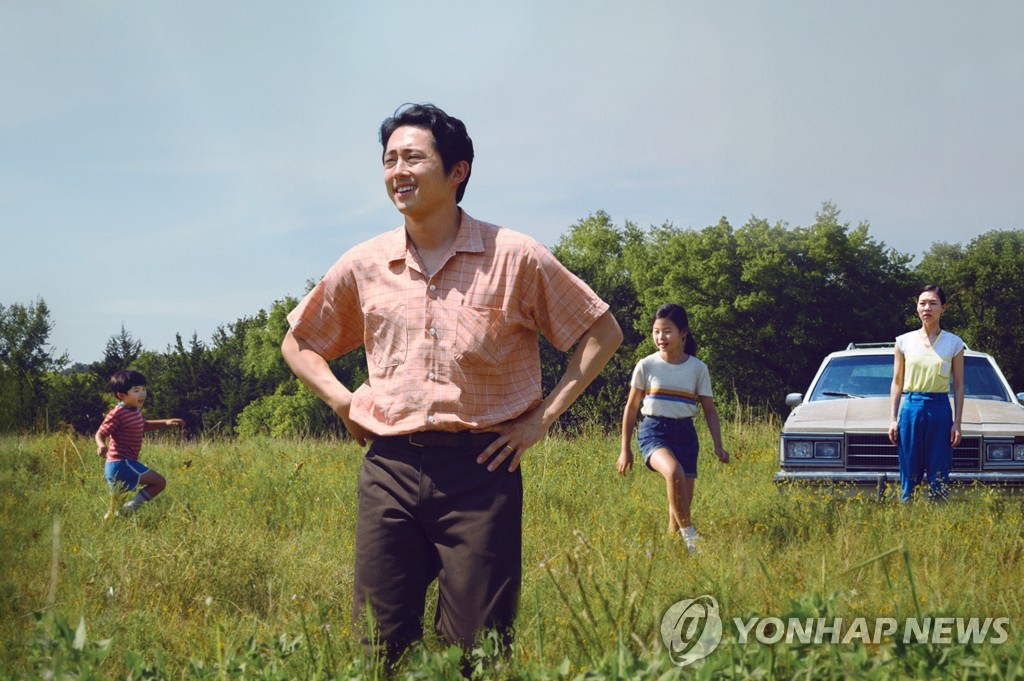