SEOUL, Jan. 5 (Yonhap) -- Kim Tschang-yeul, one of South Korea's most important modern artists well known for his "water drop" paintings, died Tuesday at the age of 91.

The abstract artist was born in Maengsan, a small town in present-day North Korea, in 1929, when the Korean Peninsula was under Japanese colonial rule. He entered Seoul National University, majoring in art, in 1949, but he had to quit the following year after the Korean War (1950-53) broke out.

In 1957, he and like-minded artists led Korea's Art Informel movement, which had started in Europe to pursue abstract expressionism. 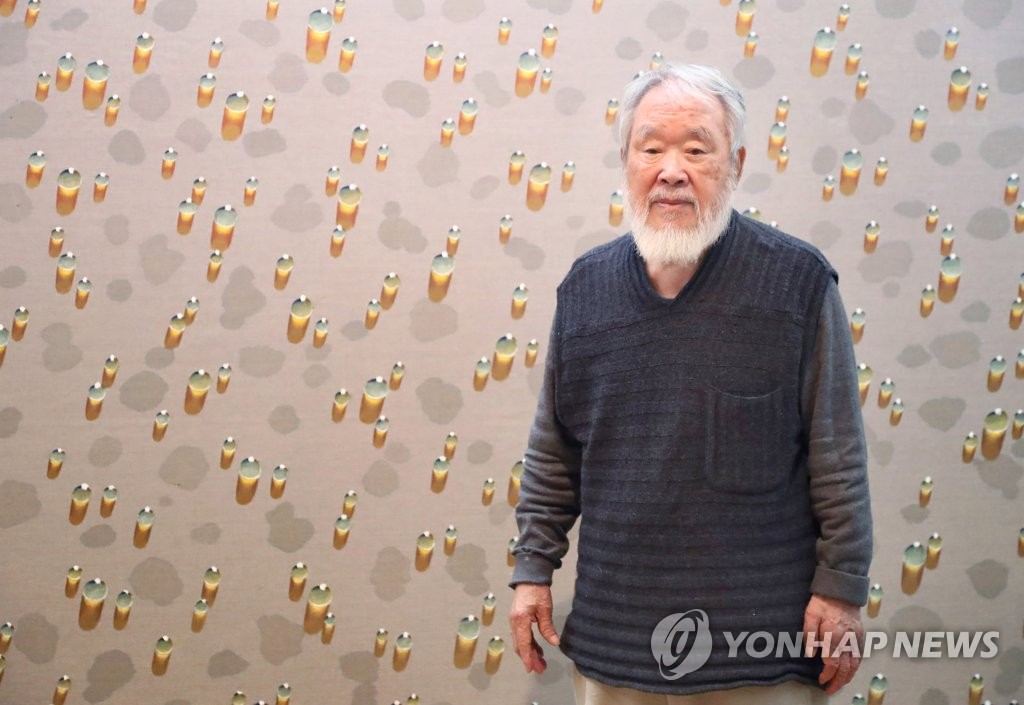 From 1966 to 1968, he studied at the Art Students League of New York. Eventually, he settled in France in 1970, where he married a French woman and spent the next 45 years.

The late artist first presented his paintings depicting water drops in Paris in 1972 and they became his signature theme throughout his career.

"For me, thinking about transparent water drops is an act of making bad things go away. I've dissolved and erased horrible memories by painting them countless times," the artist said during an interview with Yonhap News Agency in 2016. "I'm almost cured, I think." 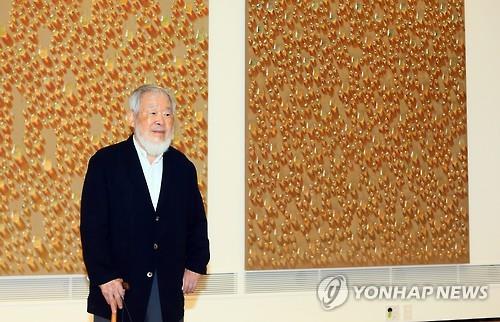 The prolific painter is one of the best-known South Korean artists abroad, with his work shown at a number of exhibitions around the globe, including around 60 private exhibitions.

He won the medal Chevalier de L'Ordre des Arts et des Lettres from the French government in 1996. He also won the Eungwan Order of Cultural Merit from the South Korean government in 2013.

In 2016, Kim Tschang-yeul Art Museum opened on the southern resort island of Jeju.

He is survived by his wife, Martine Jillion, and two sons.