The opening ceremony for the 8th congress of the ruling Workers' Party took place in Pyongyang on Tuesday with leader Kim Jong-un's opening address, according to the Korean Central News Agency (KCNA).

"The five-year economic development strategy period wrapped up last year, but the results in most areas fell extremely short of our goals," Kim said in the opening speech.

Referring to "external and internal" challenges that hinder the country's development, Kim said boosting its own strength is "the most certain and the most fast" way to overcome the difficulties it is facing.

The North Korean leader also said he will suggest "the key line of struggle and strategic and tactical policies" for "the cause of national reunification, promoting external relations and strengthening the work of the Party."

The previous congress was held in 2016, when the North unveiled its five-year economic development plan that ended last year and declared the "byongjin" policy of simultaneously seeking nuclear weapons and economic advance.

This week's event comes as North Korea has been faced with a triple whammy of the fallout of summertime back-to-back typhoons, protracted border closure due to the coronavirus pandemic and global sanctions on its economy.

Kim said the country has strictly carried out antivirus measures despite the global health crisis. 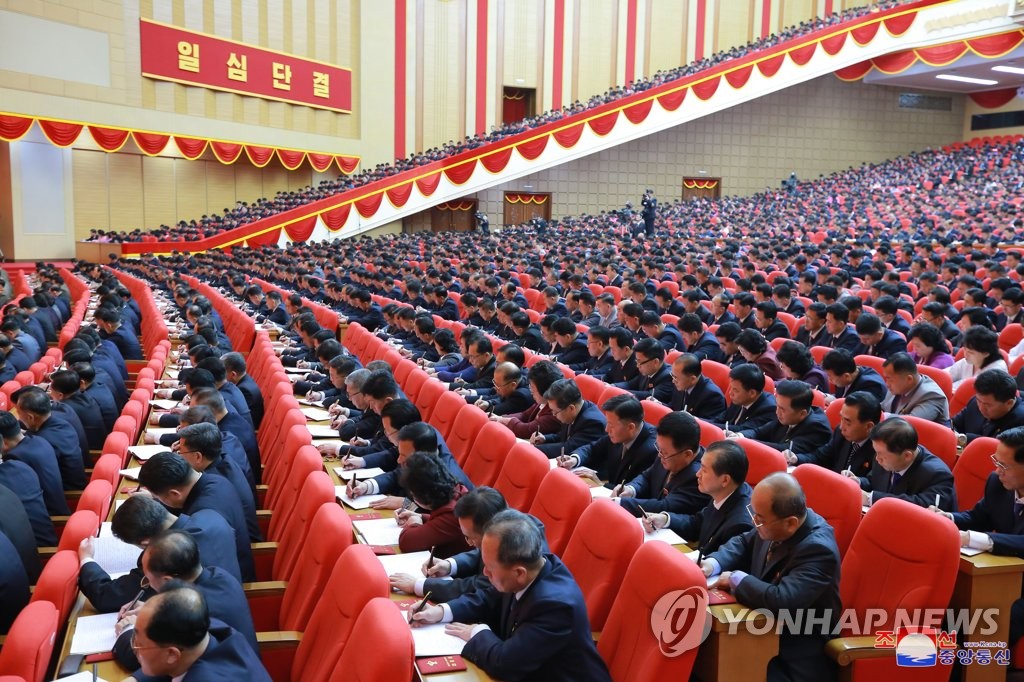