SEOUL, Jan. 6 (Yonhap) -- Samsung Electronics Co. said Wednesday its fitness tracking app was used by more than 200 million people around the globe in 2020 as the South Korean tech giant tries to further expand usability of its health platform.

"In the past year alone, Samsung Health users burned around 3 billion calories and took around 78 trillion steps combined -- the equivalent of walking from the Earth to the sun and back 200 times," said Samsung, the world's largest smartphone maker. 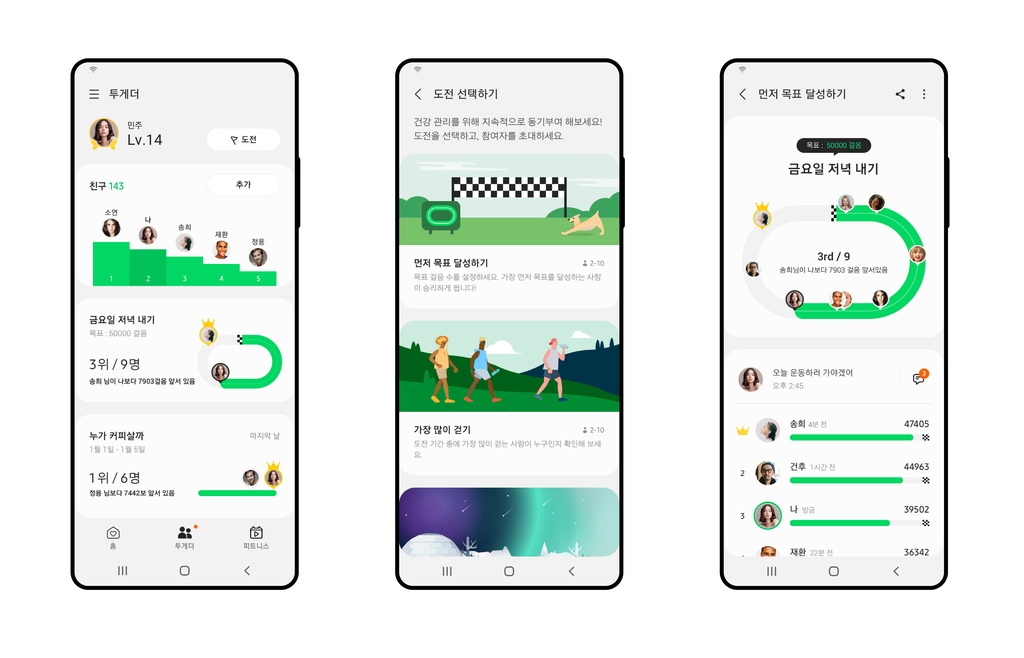 To attract more people to its health app, Samsung said it will introduce a new Group Challenge feature next week that allows users to open a health competition, in which they can each invite up to nine other people.

Starting Tuesday, Samsung said users can create a challenge in the "Together" section of the app and check who can move the farthest or the fastest.

The service is the latest expansion of the Samsung Health Challenge features. The app already offers a Global Challenge, which users can enter monthly step count competitions against all Samsung Health users around the world.

"This demonstrates that motivation and competition can be key factors in achieving your health goals, which is why Samsung continues to add new features and capabilities to help you have fun while staying healthy."