SEOUL, Jan. 6 (Yonhap) -- South Korea is providing 2 million face masks to veterans of the 1950-53 Korean War in 22 countries in an expression of gratitude for their sacrifice, the veterans affairs ministry said Wednesday.

Of the total, 1 million masks will go to the United States whose nationals account for 90 percent of the total foreign veterans who took part in the three-year conflict, according to the Ministry of Patriots and Veterans Affairs.

Their shipments, which began in mid-December, will be completed later this month.

It marks the second major mask provision of masks to the foreign war veterans following another 1 million masks provided to the countries in May.

The ministry said it will also send 30,000 face masks to 550 independence fighters and their family members living overseas to thank them for their sacrifice to liberate the country from the 1910-45 Japanese colonial rule. 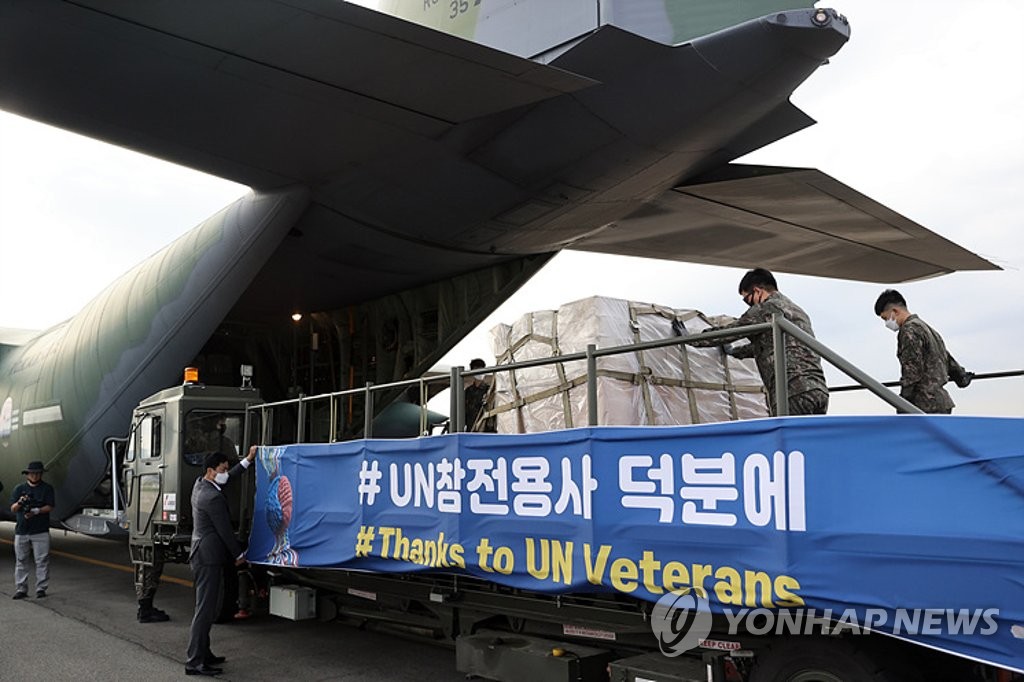