SEOUL, Jan. 6 (Yonhap) -- For the posted South Korean baseball All-Star Na Sung-bum, little has changed since the calendar flipped to 2021.

He has yet to generate much buzz, with no Major League Baseball (MLB) club emerging as a potential destination for the NC Dinos outfielder and designated hitter. He tore up Korea Baseball Organization (KBO) pitching in 2020, to the tune of 34 home runs, 112 RBIs and a .324/.390/.596 line. But the apparent lack of interest from big league clubs, with his signing deadline just four days away, has to be concerning for Na.

Under an agreement reached between the KBO and MLB, KBO players have 30 days in which to negotiate a major league contract after they're posted. If they fail to do so, they must return to their KBO clubs and they can't be posted again until the next offseason. Na's deadline is 5 p.m. Eastern Standard Time on Saturday, or 7 a.m. Sunday in Seoul. 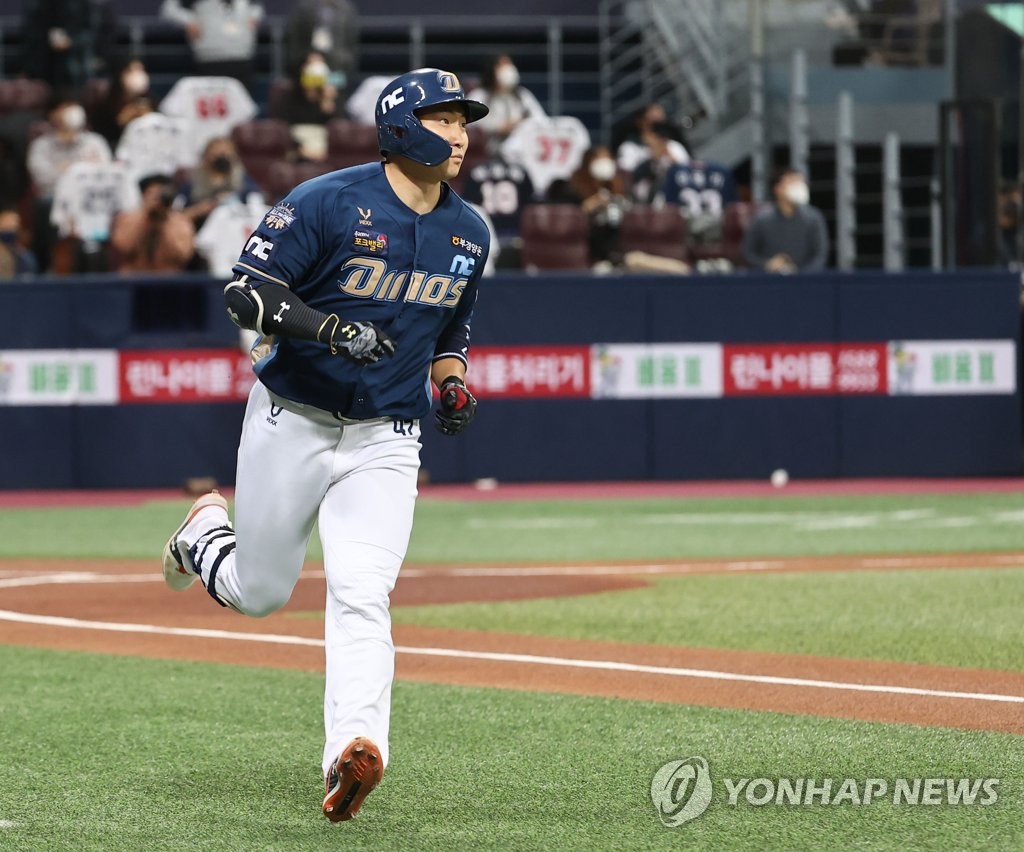 The quiet buildup to Na's posting deadline is in stark contrast to that of Kim Ha-seong, who signed a four-year deal with the San Diego Padres on New Year's Eve, one day before his own deadline.

Kim, a hard-hitting shortstop who can also play third base, found himself inside the top 10 or top 20 on several rankings of free agents by major U.S. publications. Throughout his 30-day negotiating period, Kim was linked to a handful of clubs, including the Padres. When he left for the United States on Dec. 28, it sparked a guessing game among fans of different MLB clubs over which city Kim was headed.

Na settled in California, ostensibly to prepare for the new season, wherever he may end up playing. Na also worked out at the Boras facility before the 2019 season and went through his rehab from a devastating knee injury suffered during that same 2019 season. 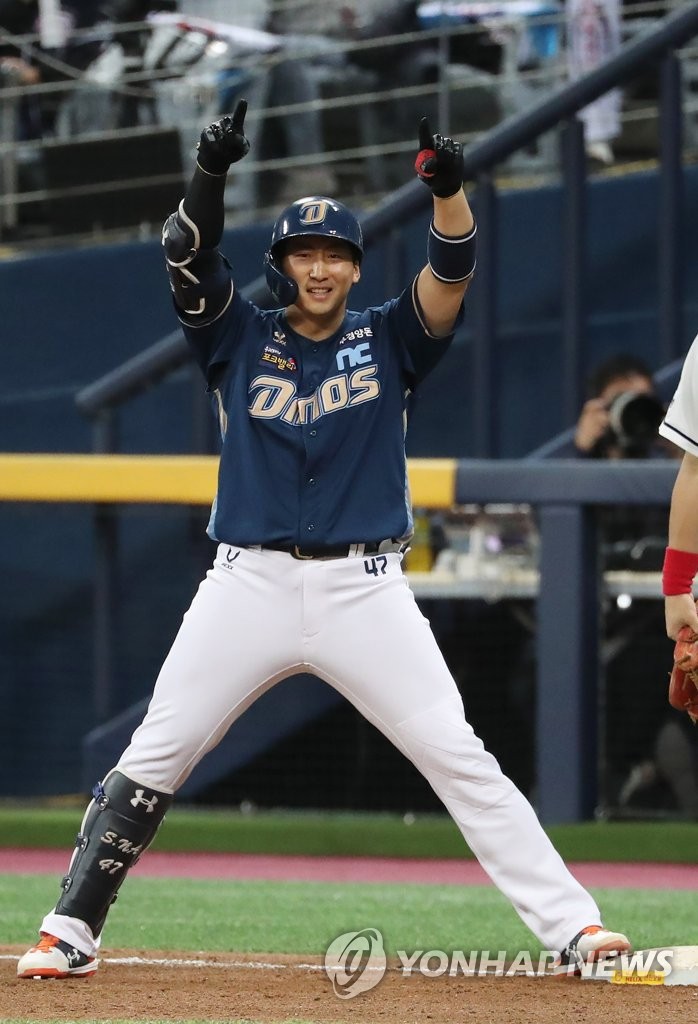 And it's that recent injury history that may be holding Na back, not to mention the fact that he is older than many other players with a similar amount of KBO experience.

Na was drafted by the Dinos out of a four-year university, and spent his first pro season in the minors in 2012 because the Dinos, as an expansion franchise, were required to play their inaugural season in the minor league. Na certainly would have been good enough to play in the KBO as a rookie for another team that year.

In that case, Na would then have become eligible for posting after the 2018 season at age 29. KBO players must put in seven full seasons to earn that status. Na ended up making his KBO debut in 2013, and his seventh full season would have been 2019, if he hadn't missed over 100 games with the aforementioned knee injury.

Na proved in 2020 that he still has his power stroke. Those 34 homers are his career best, and the .596 slugging percentage was the second-highest mark of his career, only 0.001 point short of his personal best from 2014. Once a threat to steal 15 to 20 bases a season, Na stole only three bags in four attempts in 2020 -- understandably so after the injury-plagued 2019 season. 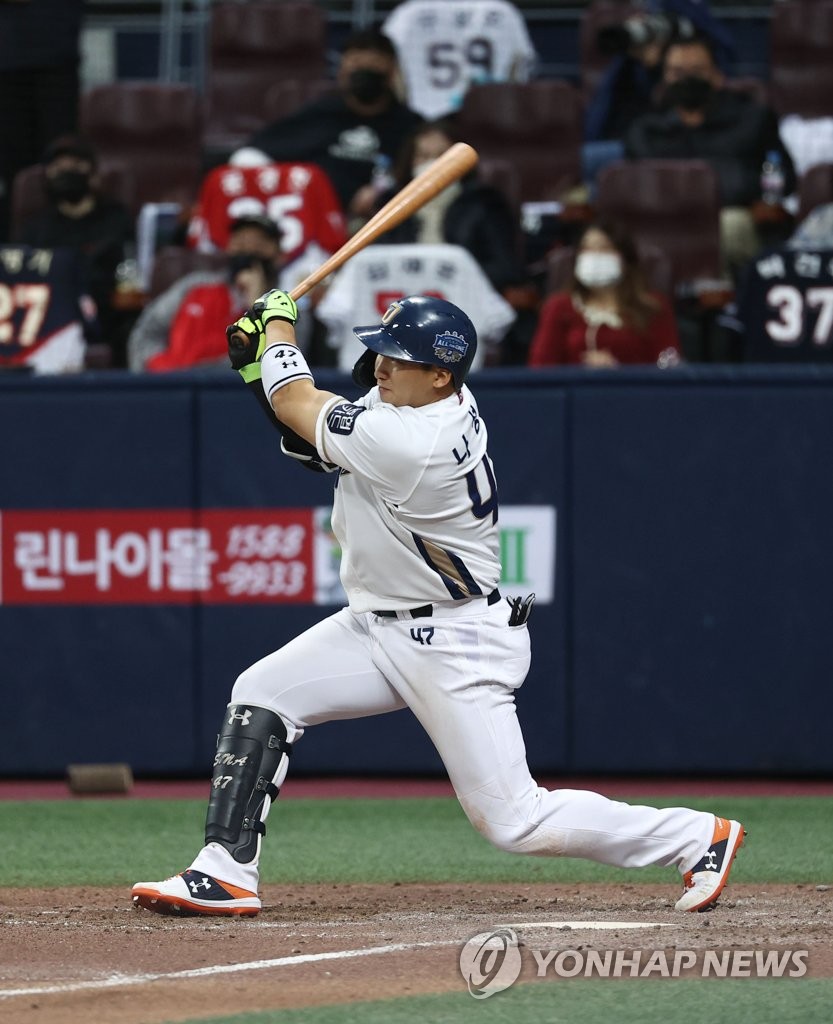 Na split his time as the right fielder and the designated hitter. While he may have lost some of his athleticism, Na, a former pitcher in college, still flashed a strong arm.

In an interview with Yonhap News Agency in early December, Na said he was at peace with himself and that he was prepared to accept whatever the outcome may be.

"Honestly, I am very relaxed. Even if I don't get the result that I want, there's nothing I can do about it," Na said. "Just because I want to go to MLB, it doesn't mean I can."

For his part, Boras, perhaps the most famous -- or infamous, depending on your perspective -- agent in baseball, touted Na's case during MLB Winter Meetings last month.

"He's a five-tool player. He can run and not a lot of people know that. He's a good defender. He hits with power," Boras told reporters in a remote session. "Position players, there's always been more concern. As we walk through this, our job is to do our best to let them all know and also really make them aware of who he is. Certainly in this type of market, teams are operating with more of a steady plan, so we're going to have a lot of late signings in this market because a lot of teams are going to have a lot more direction about their seasonal plan from their ownership and their budgets."

KBO players can become international free agents after nine seasons, meaning those who hope to jump to MLB don't have to go through posting. Na needs two more full seasons to earn that status. 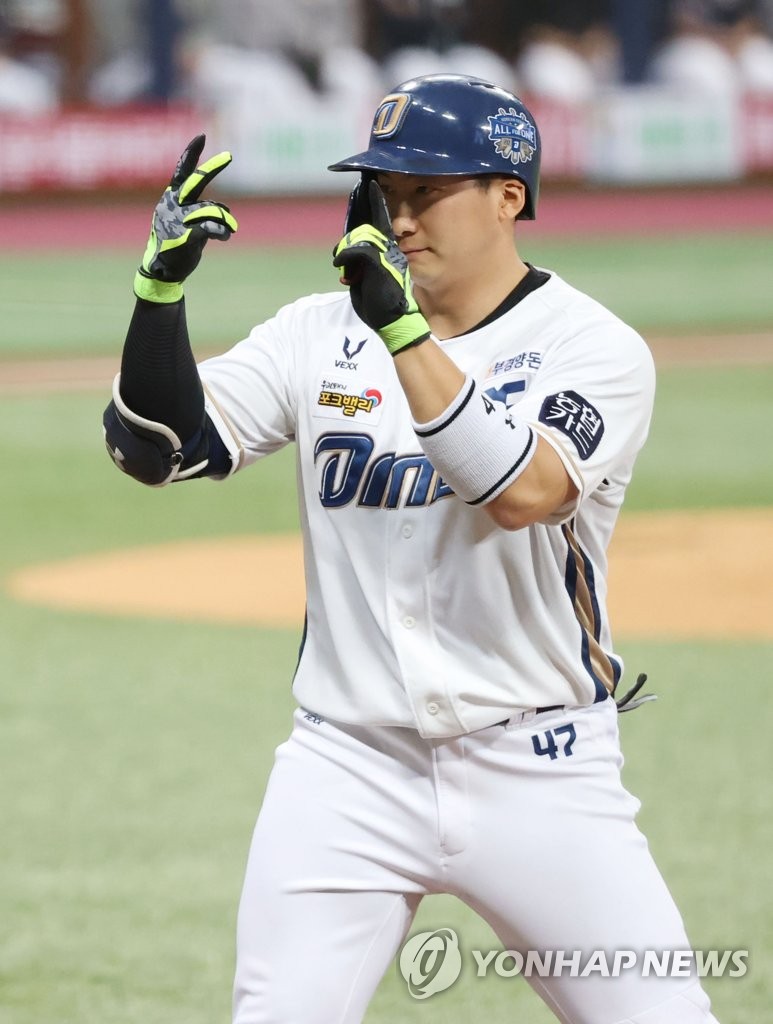