SEOUL, Jan. 6 (Yonhap) -- South Korea's government on Wednesday said it will test weekly all correctional employees nationwide for the coronavirus to slow down its rapid spread and prevent mass outbreaks.

According to the Korea Disease Control and Prevention Agency (KDCA), all staff working at correctional facilities will receive quick tests to detect bits of coronavirus proteins called antigens. The test is slightly less accurate than laboratory tests called PCR, or polymerase chain reaction, but produces results within 30 minutes.

As part of additional efforts to combat the virus, every inmate will be given a KF94 mask on a daily basis and prisoners who do not have direct contact with COVID-19 inmate patients by living on a different story of a building will be transferred to a facility located in the southeastern city of Daegu. 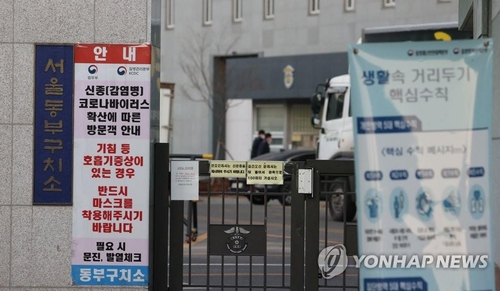 In recent months, the country's correctional institutions have emerged as one of the biggest virus hotspots.

According to the Ministry of Justice, 1,203 former and current inmates and correctional employees have been infected with the virus as of 5 p.m. Wednesday, since the first COVID-19 case was confirmed at the Dongbu Detention Center in southeastern Seoul on Nov. 27.

Of the tally, the Dongbu center has been responsible for the vast majority, with about 1,160 cases. The center reported 67 more cases Wednesday, following its sixth mass testing of 429 staff members and 338 inmates the previous day.

Of the total, 1,059 have been put in isolation at several correctional facilities across the country, including 673 patients at the Dongbu center and 341 at the Cheongsong prison in North Gyeongsang Province.

By Tuesday, all the inmates and employees at 11 correctional facilities nationwide had been tested for the virus. The results turned up negative.

On Dec. 31, the ministry imposed the most stringent social distancing guidelines on the nation's prison system, following an alarming surge in coronavirus cases tied to the Dongbu center.

The measures included banning visits, canceling all work and classes, and having staff work on a reduced schedule. The restrictions will remain in force until next Wednesday.

"Due to Minister Choo's negligence, we've seen a large number of patients and a death case. (She) paid a visit to the Donbu facility only after the number of patients reached over 700, 32 days after the first reported case," PPP members of the parliament's judiciary committee said in a press conference.

"Over 1,000 infected patients came from a top-of-the-line security facility controlled by the nation," Joo said, adding that he will hold Choo and justice ministry officials responsible for mismanaging the prison virus outbreak.

Four inmates of the detention center infected with the new coronavirus also filed a lawsuit demanding the government pay 10 million won (US$9,210) per person in compensation over the outbreak.

The jail authorities neither provided face masks nor separated infected inmates from others, while neglecting the problem of overcrowding, a lawyer for the plaintiffs said. 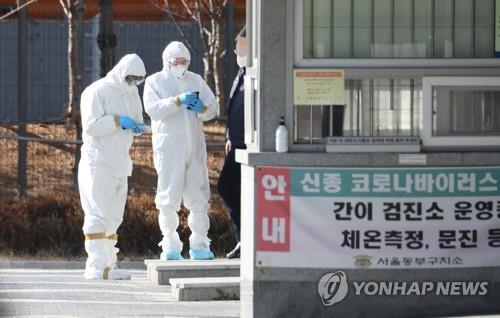