SEOUL, Jan. 6 (Yonhap) -- The Korea Meteorological Administration (KMA) issued cold wave and heavy snow alerts for most parts of the country Wednesday as the entire nation came under the grip of the season's coldest weather. 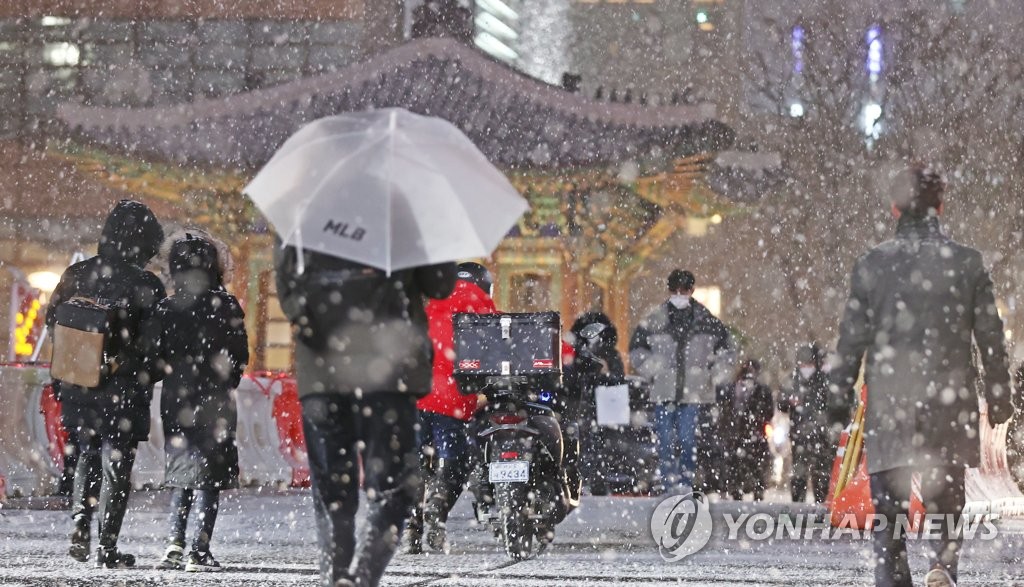 A cold wave warning is issued when the morning low is below minus 15 C for more than two consecutive days, or when the temperature drops sharply and major damage is expected.

Many other cities, including Daegu, have also issued a cold wave advisory, which is issued when the morning low is below minus 12 C for more than two days, by Wednesday night, the KMA said. 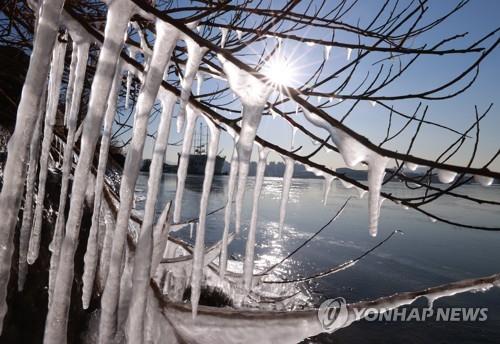 The weather agency also issued heavy snow advisories for Seoul, Jeju and almost all provinces of the country.

The advisory is issued for snowfall expected to exceed 5 centimeters in 24 hours.

Seoul received 3.8 centimeters of snow as of 9 p.m. The KMA said heavy snow is expected to fall until midnight, further pushing down temperatures later this week. 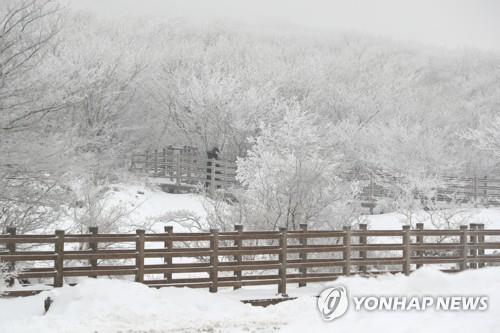 On Jeju Island, temperatures are forecast to dip to around minus 10 C at the middle slopes of Mount Halla and minus 15 C near the top of the Jeju mountain on Thursday. The mercury will stay in the range of minus 2 C to 2 C in the island's coastal areas on the day.