According to the Ministry of Employment and Labor, 69.6 percent of foreign workers who participated in the survey said they live in shipping containers, greenhouses and structures assembled from panels. Only 25 percent said they live in regular houses.

The survey was conducted from September to November on 3,500 workplaces hiring foreign workers in farming and fishing villages. A total of 3,850 foreign workers took part in the poll.

The ministry said starting this year it will stop issuing foreign worker employment permits to employers who provide only temporary housing.

It will also allow foreign workers to switch workplaces if they currently live in a temporary facility, and work with other relevant ministries to provide lodging in empty houses.

Many makeshift buildings lack air conditioning and heating, as well as fire equipment. 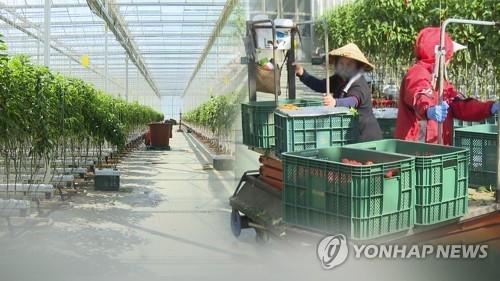