SEOUL, Jan. 6 (Yonhap) -- The chief of the country's national police agency apologized on Wednesday over the death of a 16-month-old baby who was allegedly abused by her adoptive parents.

"I offer a sincere apology for failing to protect the life of a young abused victim," Commissioner General Kim Chang-yong said during a previously unscheduled briefing at the police headquarters.

"I feel deeply responsible for the botched initial response and inadequate investigation as police chief," he said, adding that the agency will take this opportunity to overhaul its response system to alleged child abuse reports.

The death of the toddler, named Jung-in, has triggered an outpouring of grief nationwide and anger over many missed chances to save her. 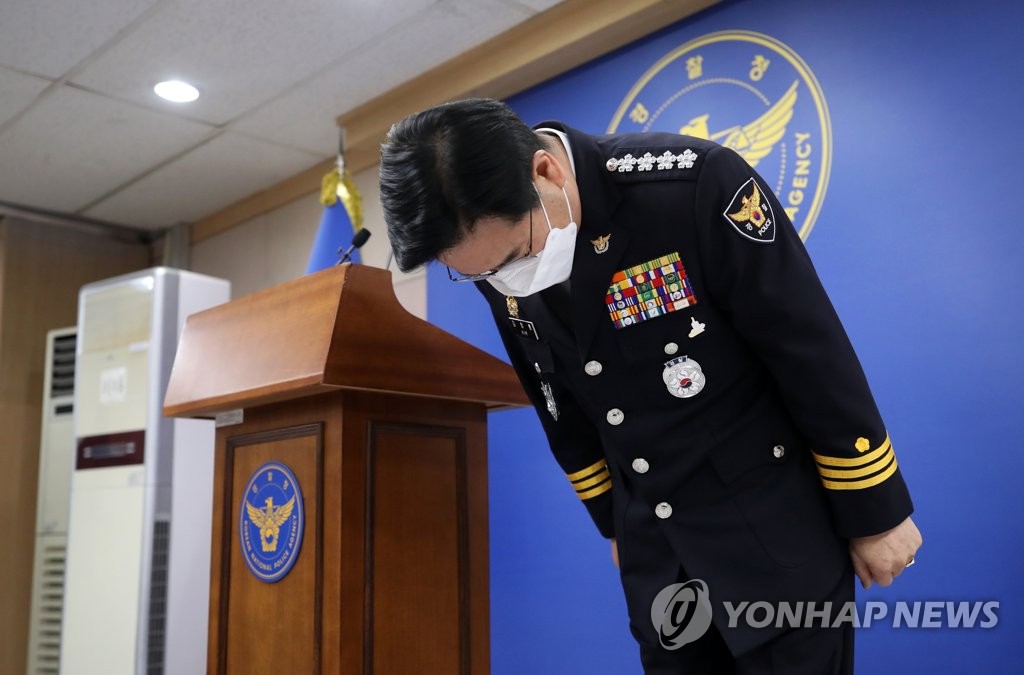 Her case has gained renewed national attention after SBS, a local broadcaster, aired an investigative report over the weekend revealing the utter brutality of the alleged abuse done to the baby, and how child welfare agencies and police squandered golden chances to save her life.

Police especially came under fire for not thoroughly investigating the case, even though it received three reports about suspected abuse in the span of five months.

Jung-in died in October, only eight months after she was adopted.

The police chief said the head of the Seoul Yangcheon Police Office, which has jurisdiction over the case, was removed from his post to take responsibility for the mismanagement.

A petition posted on the Cheong Wa Dae website on Monday demanded the head of the Yangcheon Police Office and officers who handled the case be fired. The petition garnered more than 200,000 signatures in a single day, the threshold for an official response from the government. 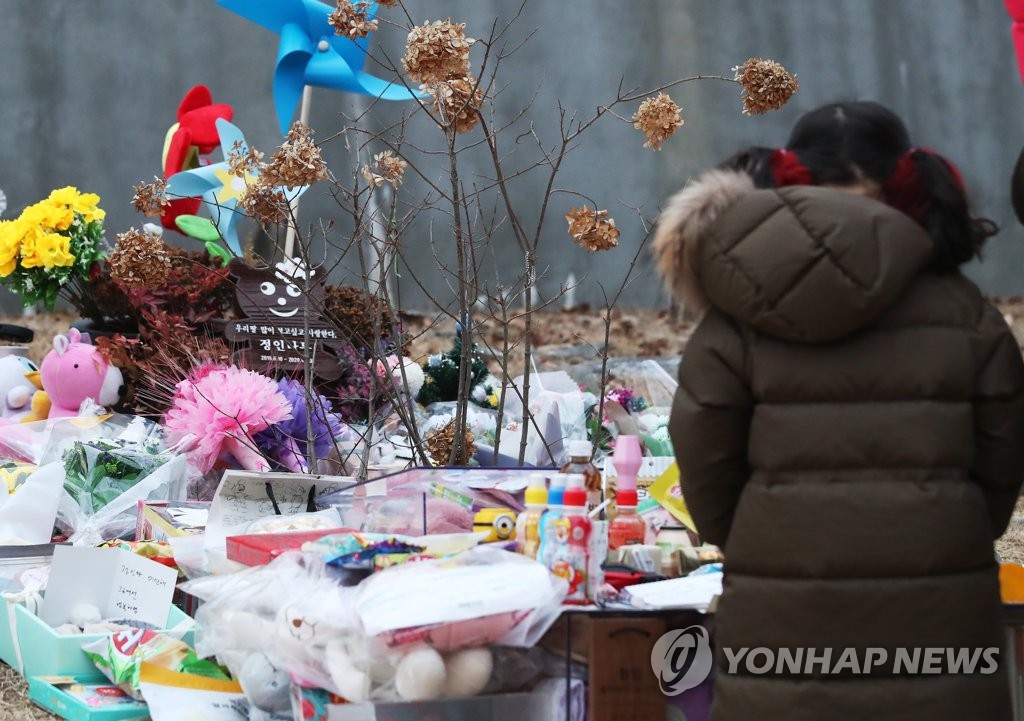